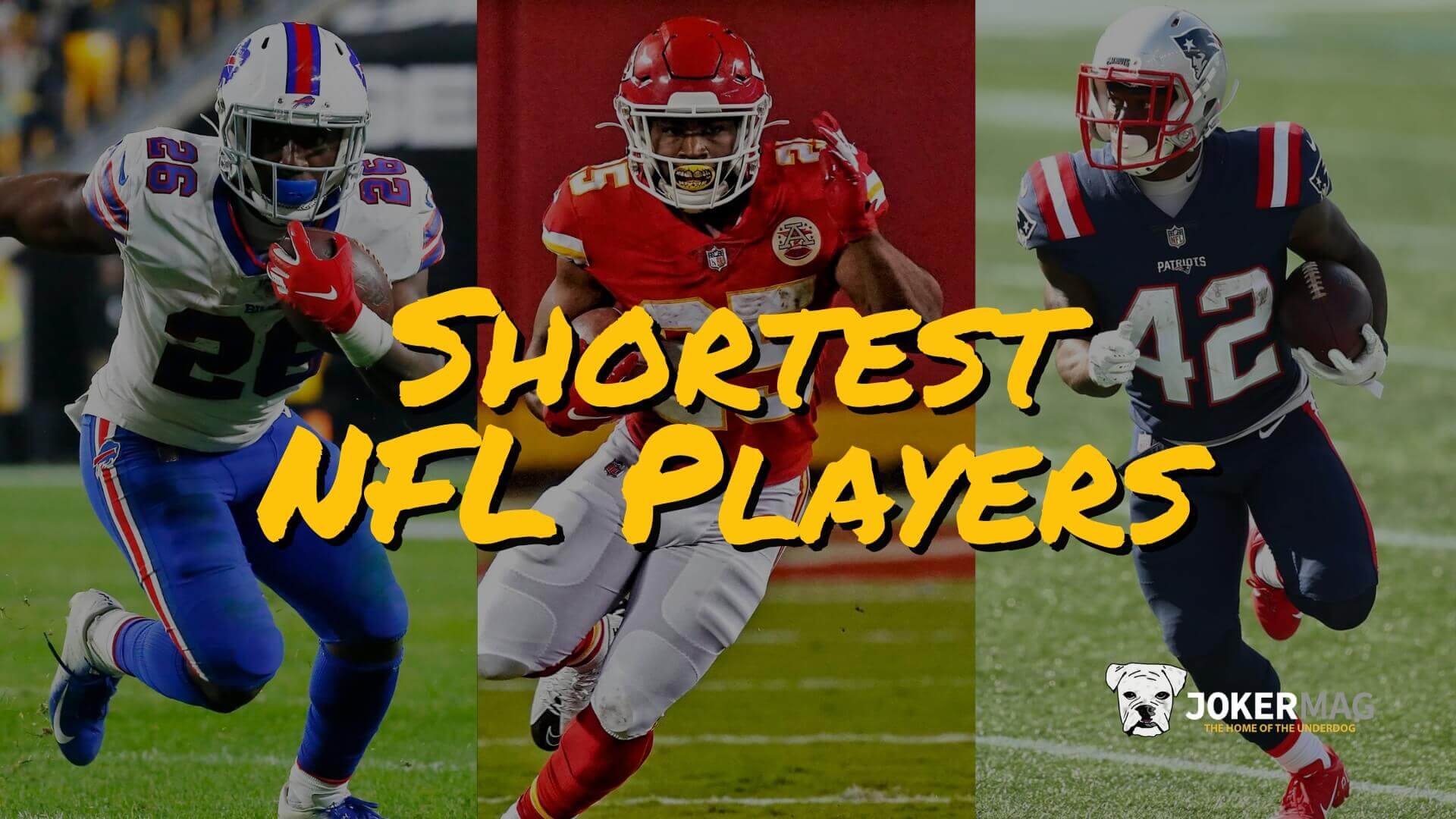 Football is a game of strength.  But at the sport’s highest level, athleticism comes in all shapes and sizes.

Since the early days of the league, there have been players who defied the odds. These are the shortest NFL players – now and throughout football history.

Who Was The Shortest NFL Player Ever?

At 5’1” and 119 pounds, Jack Shapiro was the shortest and smallest NFL player of all-time.  Shapiro played just one game in the National Football League – way back in 1929 – for the Staten Island Stapletons.

Born in 1907 to a family of Russian immigrants, Shapiro grew up extremely undersized.  His father vehemently opposed his son playing football, so Jack forged his dad’s signature to play.  Weighing just 85 pounds, the scrappy back was a three-year starter in high school – eventually going on to play in college and the pros.

“When I get to heaven,” Shapiro recalled in a 1999 interview with The Coffin Corner. “I’ll tell my father what I did and I know he will forgive me.”

Who Is The Shortest Active NFL Player?

Listed at 5 feet 5 1⁄4 inches, J.J. Taylor is the shortest active NFL player.  The speedy return specialist showcased his superhuman athleticism in high school, when he was named Mr. Football as the best offensive player in California.

After battling back from a season-ending ankle injury his freshman year at Arizona, Taylor posted stellar numbers across his next three college seasons.  He then chose to forgo his final year of eligibility to enter the 2020 NFL Draft.

Who Is the Shortest NFL Quarterback Right Now?

At 5 feet 10 1⁄8 inches, Kyler Murray is the shortest quarterback in the NFL.  A two-sport athlete, he had the option to play Major League Baseball but ultimately chose football instead.

The young QB has a bright future. He already won Offensive Rookie of the Year to go along with a Pro Bowl selection in his second NFL season.

After spending time on the practice squad, J.J. Taylor has carved out a spot as a punt returner.

“As a runner, this son-of-a-gun,” said New England’s running back coach, Ivan Fears, “I’ll tell you what: He’s gonna cause some people some problems.”

Or so they thought.

After setting records at Division II Assumption College, Deonte Harty entered the NFL as a 5’6” 170-pound undrafted free agent.  Needless to say, the Baltimore-born receiver had a lot to prove when he signed with the Saints.

So far, Harty has done just that – earning a first-team All-Pro nod as a rookie, and currently emerging as a dynamic deep threat in Sean Payton’s offense.

Jaret Patterson was a 2-star recruit out of high school and fought his way to earning a chance in the NFL.  Since pee-wee football, he’s heard doubters at every level.

“There were always guys who were better than me, faster than me, bigger than me,” Patterson told ESPN ahead of the 2021 NFL Draft. “I just used that as fuel, even throughout high school, not being recruited as heavily as I thought I should.”

The criticism fueled Patterson to three record-shattering seasons at Buffalo – including a 409-yard, eight-touchdown performance against Kent State in 2020 – before landing with the Washington Commanders.

As an undersized kid, Boston Scott got cut from his middle school football team.  Although he won statewide honors in high school, Scott didn’t receive recruiting attention – so he walked on at Lousiana Tech.

There, he posted better and better numbers, improving each season.  While not enough to earn an invite to the NFL Combine, it caught the attention of the New Orleans Saints who selected him 201st overall in 2018.

Now a part of the Philadelphia Eagles’ running back rotation, Scott has packed a punch with every opportunity.

Unlike others on this list, Rondale Moore was a four-star recruit coming out of high school.  The 5’7” 180-pound Indiana native made a splash at Purdue – tallying 313 all-purpose yards in his very first college game.

Moore was regarded as one of the best all-purpose players in college football – earning a long list of prestigious honors.  The Arizona Cardinals selected him 49th overall in 2021, and the speedy receiver has already showcased dynamic playmaking abilities in the Kyler Murray-led, high-octane offense.

Devin Singletary declared for the draft in 2019, finishing his college career as FAU’s all-time leading rusher. And while his height was a concern, the back remained confident in his ability.

“Never mind about your 40 time,” he told the South Florida Sun-Sentinel. “My tape speaks for itself.”

As a diminutive 8th grader, Clyde Edwards-Helaire was the starting running back for the 9th-grade team.  A soft-spoken kid, he exploded onto the scene in high school – taking his first kick return back for a 60-yard touchdown.

A three-star recruit, Edwards-Helaire chose LSU for the next step of his football career.  He shook off defenders on a massive stage during the Tigers’ National Championship run and captured the attention of NFL fans everywhere.