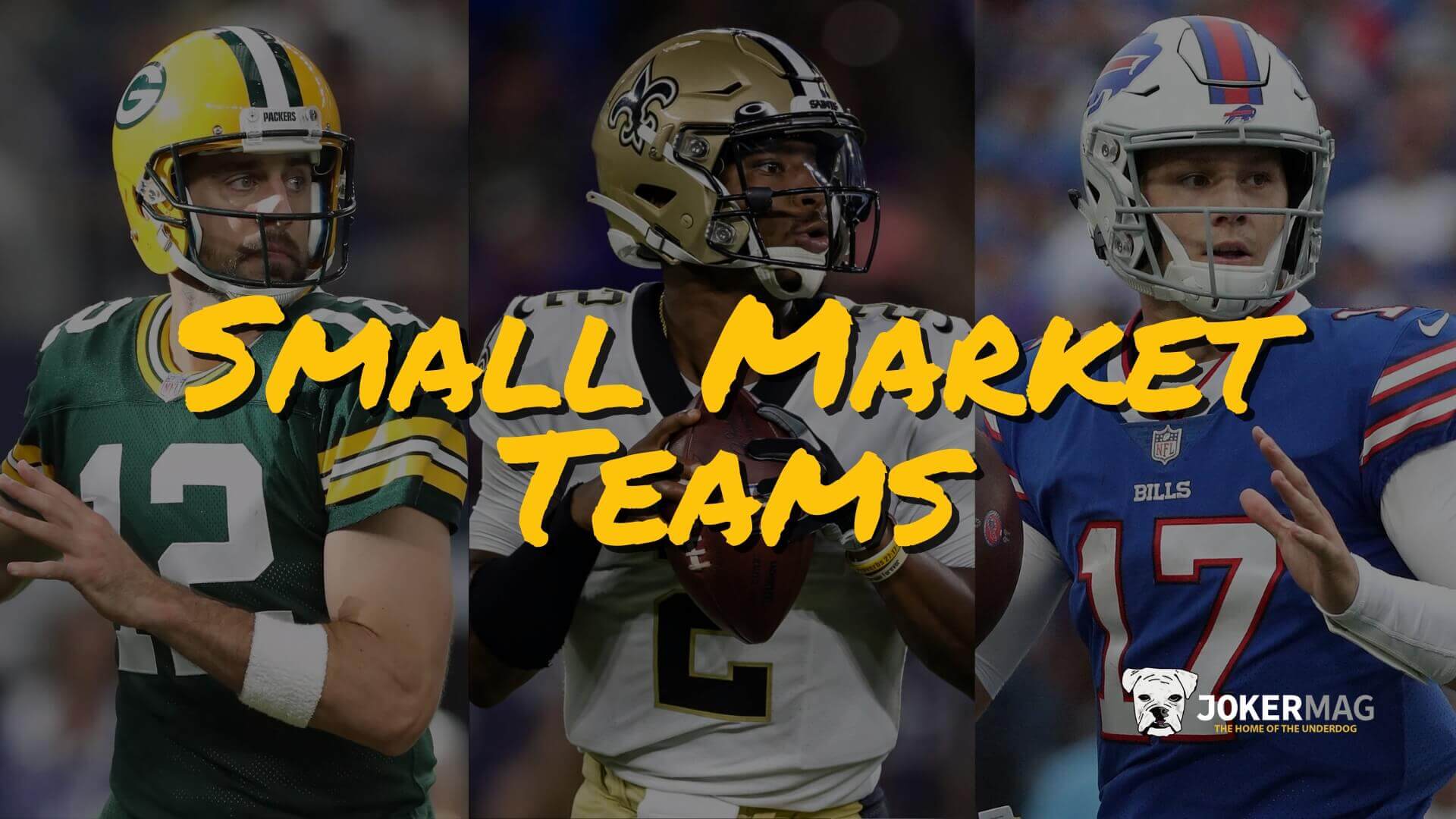 The National Football League commands the largest broadcast viewership in all of sports. The phrase “any given Sunday” speaks to the parity within the league.

On the gridiron, the underdogs always have a chance.

When compared to baseball’s small market squads, an NFL team’s competitiveness has little to do with the size of its market. While hotbeds like New York and LA command tons of media attention, any NFL team can make a run at the Lombardi Trophy in any given season.

There are a few reasons for this:

Here are the smallest market teams in the NFL – broken down by market size, franchise value, payroll, stadium capacity, and more.

And while their media market includes the greater Green Bay area, the city alone only contains 104,508 people. That means Lambeau Field can hold 77.9% of Green Bay’s entire population!

But despite their minuscule market, the Packers boast the Cheeseheads – one of the most devoted fanbases in all of sports. And with four Super Bowl Championships – the trophy is named after the Packers’ legendary coach – this franchise is small but mighty.

Regardless of their size, Bills Mafia comes out in full force every time their team is in town.

Buffalo has made it to the Super Bowl four times, but they have yet to capture that elusive Lombardi Trophy. With a promising young quarterback at the helm, the fanbase is hopeful their time will come sooner than later.

Despite playing in the third smallest NFL market, the Saints enjoyed many fruitful years with Drew Brees and Sean Payton running the show. But as the franchise enters a new era, change is in the air.

Can New Orleans make a run at a second Super Bowl ring? Or will they remain in limbo, searching for a new face to lead them back to the promised land?

The Jaguars came in hot upon their arrival to the NFL in 1995 – making the playoffs in four of their first five years of existence. Since then, they’ve struggled to find an identity.

Most recently, their 2017 lockdown defense led them all the way to the AFC Championship. Now, with a young QB and a Super Bowl winning coach in charge, the franchise is spending big in hopes of making another playoff run.

The Raiders’ last Super Bowl victory came in 1983 when the team was based in Los Angeles. They’ve since gone through two more cities – Oakland and now Las Vegas – without the same level of success.

Raider Nation expects its new head coach to revitalize the franchise and build on the momentum established in 2021.

RELATED: D3 Football Players Who Made it to The NFL

Do you like rooting for the teams and players counted out by the masses? Then you’ll love our Underdog Newsletter where we highlight under-the-radar players and overlooked stories happening in sports. Join free here.