Breaking Down the Smallest Market Teams in Major League Baseball 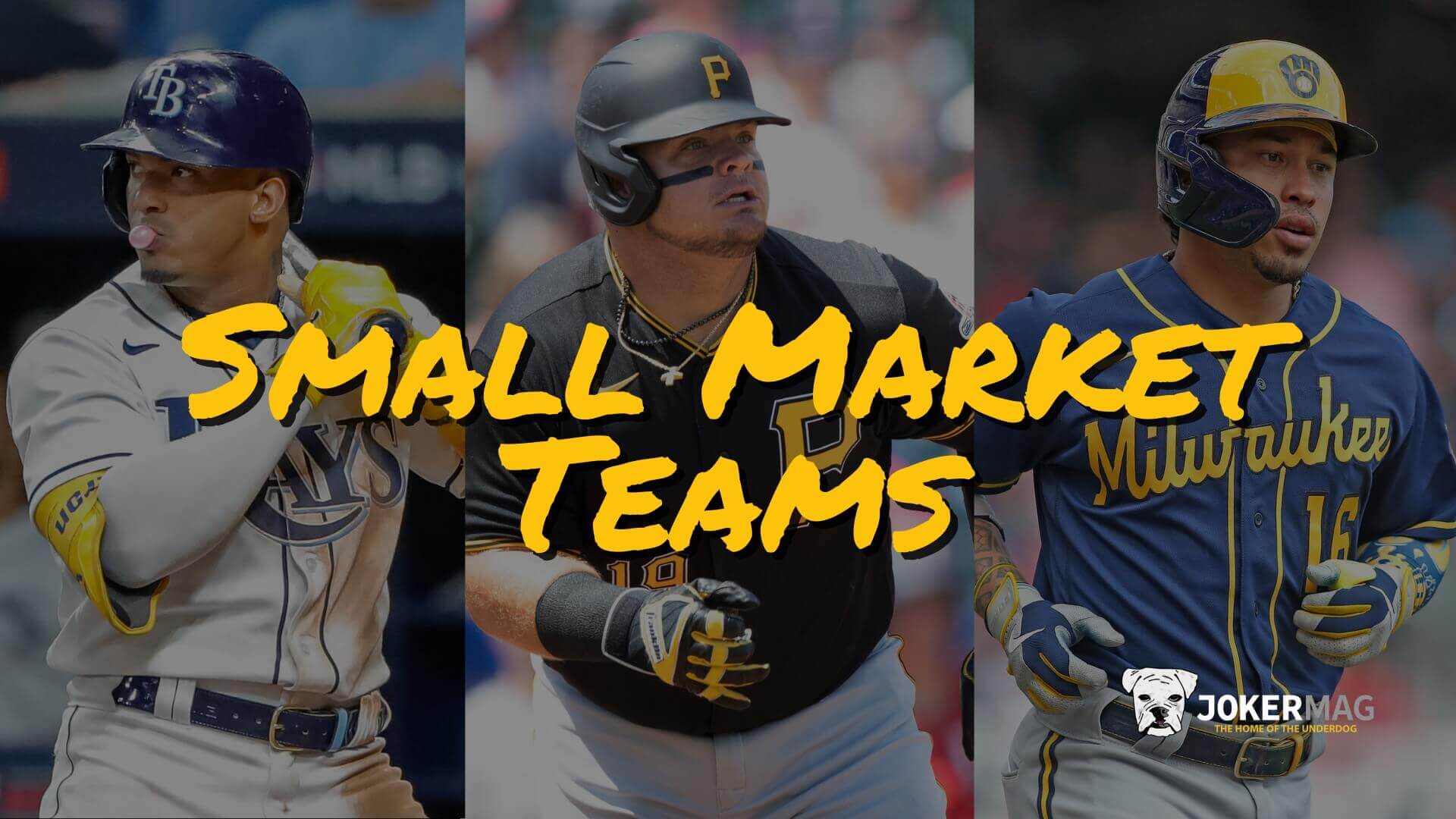 In Major League Baseball, there is a clear separation between big market teams and small market teams. Every season, franchises like the New York Yankees and Los Angeles Dodgers epitomize the phrase “the rich get richer.”

They attract the big-name superstars, sell the most jerseys, and draw the largest fan bases in sports.

Since there’s no hard salary cap in baseball, small market teams are at a severe disadvantage when it comes to retaining productive players, signing top free agents, and remaining competitive. And there’s a growing list of reasons why it’s only getting harder.

As the famous Moneyball line goes, “There are rich teams and there are poor teams…then there’s 50 feet of crap, and then there’s us.”

The Milwaukee Brewers are the smallest market MLB team with a market size of 1,689,572 people.

Despite their size, the Brewers boast a loyal fanbase and a competitive squad that has made the playoffs in each of the past four seasons.

While they may not have the same resources as a team like the L.A. Dodgers, the Brew Crew makes the most of what they have.

While they haven’t had a winning season in seven years, the Kansas City Royals are the last small-market team to win the World Series (2015). They are also the best example of the downfall of a small market squad.

In the years following their championship season, the Royals began losing their young core of hittters. Eric Hosmer, Lorenzo Cain, and Mike Moustakas all departed in free agency or via trade.

Kansas City simply couldn’t afford to extend these players, and thus began the next cycle of tanking and rebuilding.

The days of the “Big Red Machine” are long gone. The Cincinnati Reds have finished dead last in the NL Central four times since 2015.

After a brilliant 2021 season, star outfielder Nick Castellanos left for Philadelphia in free agency. And the front office traded away bright spots Jesse Winker and Eugenio Suarez for a bundle of lower-cost prospects.

Now, the nearly two million people of Cincinnati hope those prospects can help their team turn it around soon.

The last time the Pirates made it past the Wild Card game was during Andrew McCutchen’s MVP season in 2013. Yes – a long time ago.

Pittsburgh fans are continually disappointed by ownership’s refusal to pursue big-time talent. So much so that they once started a petition for owner Bob Nutting to sell the team.

Currently, the Pirates boast the 7th best farm system in baseball with shortstop Oneil Cruz and recent first-round picks – such as Henry Davis and Nick Gonzales – providing a glimmer of hope to a franchise that’s spent a long time in the cellar.

Unlike the other teams on this list, the Tampa Bay Rays have a rare ability to make the most of their limited resources. With a penchant for finding hidden gems and an unorthodox approach to managing games, the team has remained competitive since their out-of-nowhere Cinderella season in 2008.

RELATED: MLB Players Who Came From Division 3 Schools (Past & Present)