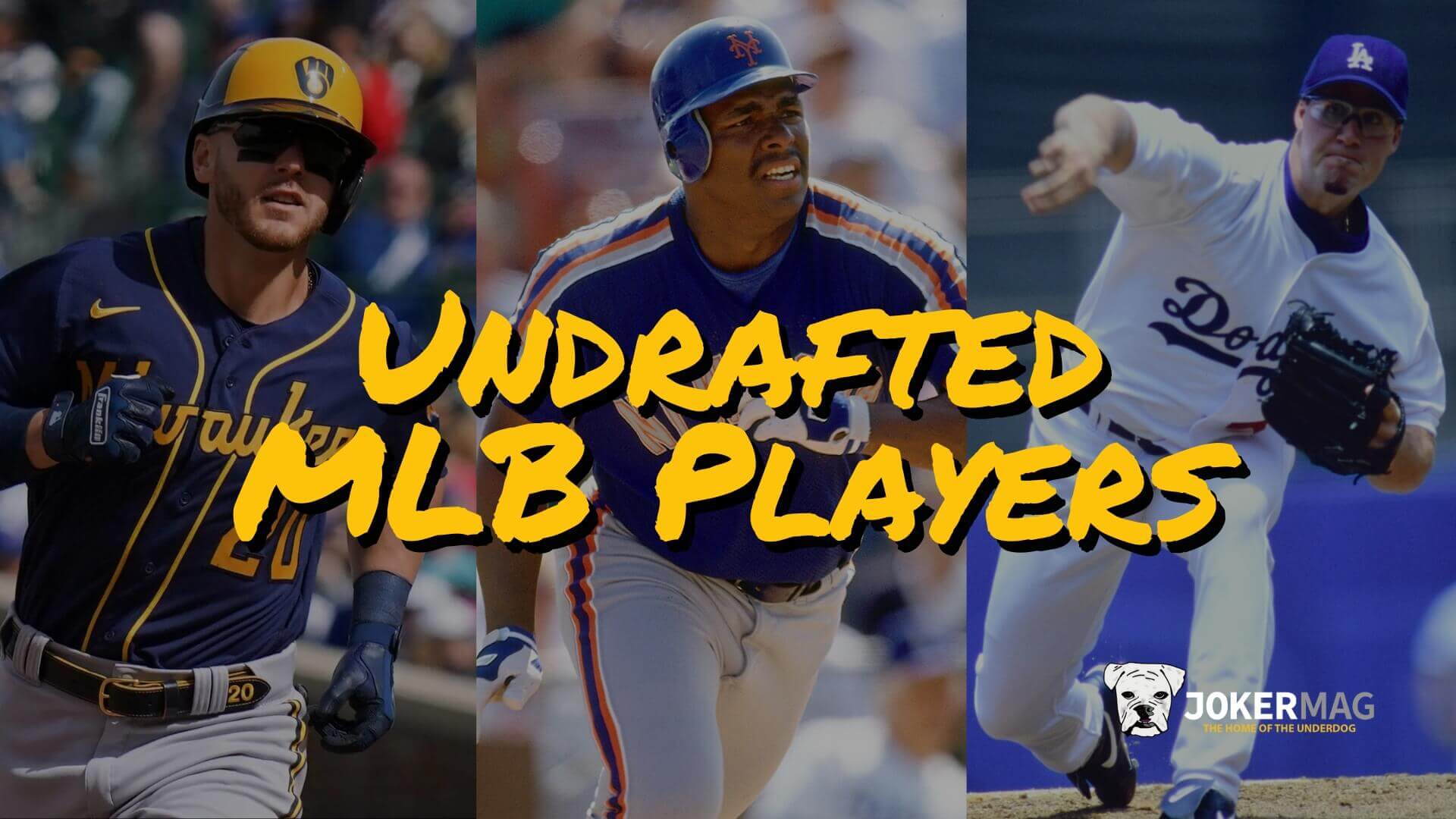 A small percentage will go on to have productive big league careers. And an even smaller percentage of players – those who signed as undrafted free agents – will even make it to the MLB level.

This list focuses on that small, yet mighty group: the players who weren’t drafted and defied the odds to carve out successful MLB careers.

Who qualifies as an undrafted free agent? Only players who were eligible to be chosen in the MLB First-Year Player Draft and entered pro baseball after signing as free agents.

Here are the best undrafted free agents, now and throughout MLB history.

The Rays signed Brosseau as an undrafted free agent out of Oakland University in 2016.

Unlike most players in his position, the infielder climbed his way up the ranks of the minors quickly. He signed his rookie contract on June 23rd, 2016, and made his MLB debut on June 23rd, 2019 – exactly three years later.

“I think my whole career has been kind of that underdog story, coming from being that undrafted guy and having that label,” he told the Tampa Bay Times when after his call-up in 2019.

The Indiana native has already come through in the clutch – as baseball fans will remember his series-winning home run off of Aroldis Chapman in the 2020 ALDS.

Originally drafted in the 26th round by Boston in 2005, Kirby Yates opted not to sign in favor of playing JUCO ball at Yavapai College. But just one game into his college baseball career, Yates hurt his elbow. It required Tommy John surgery – sidelining him for two seasons.

“The physical part was really tough. The mental part was so much tougher,” Yates told Bowling Green Daily News in 2010. “Having to sit for two years and not be able to play the game you love. It’s mentally grueling, but I think it helped me in the long run.”

After going undrafted in 2009, Yates signed with the Tampa Bay Rays and fought his way to Major League Baseball. The right-hander led the National League in saves in 2019, before undergoing Tommy John surgery again in 2020.

Yates now finds himself on the comeback trail. But this time, no one is doubting him.

After pitching at Aquinas College, an NAIA program in Michigan, Kaleb Ort was not chosen in the MLB Draft. Instead, he took a year off after graduating and later signed with an independent Frontier League team.

He had a brief stint with Arizona, but the D-Backs cut him out of training camp and sent him back to the Frontier League. After a handful of games there, the Yankees acquired him and later lost him to the Red Sox in the Rule 5 Draft.

Ort made his MLB debut out of the Boston bullpen in 2021.

Tommy Nance played for three different colleges in the span of three years. Tommy John surgery forced him to sit out a year after graduating, which killed any dreams of getting drafted.

Nance fought back and rehabbed his arm before trying out for the Windy City ThunderBolts of the Frontier League. He struck out 40 batters in 38 innings of indy ball, which netted him a deal with the Chicago Cubs.

The right-hander battled a new injury – this time a nerve injury in his shoulder – but pressed on. His hard work paid off on May 17th, 2021, when he threw a shutout inning in his big league debut.

“Going through those doors, and it’s just lights on me,” Nance told MLB.com. “I can hear the fans behind me calling my name, and I’m jogging out to the mound. It was just an unbelievable experience and atmosphere.”

Growing up in the French-speaking Canadian providence of Montreal, Eric Gagne knew very little English when he arrived at Seminole Junior College in Oklahoma.

He learned the language by watching American TV, all while becoming a star pitcher for the Trojans.

Gagne didn’t sign after the White Sox selected him 845th overall in 1994, instead inking a deal with the Dodgers as an undrafted free agent in 1995.

The flame-throwing closer was a 3-time All-Star and 2003 NL Cy Young Award winner.

Younger fans know his name from “Bobby Bonilla Day” – the Mets’ annual payment on his deferred contract – which is a shame because Bonilla’s career was much more than that.

Undrafted out of high school, Bonilla spent a semester at the New York Institute of Technology to pursue his interest in computers. Pirates scout Syd Thrift signed him after discovering his talents at a baseball camp in Europe.

Bonilla went on to become one of the greatest undrafted free agent signings of all time. He finished his career as a 6-time All-Star, 3-time Silver Slugger, and World Series Champion.

Unselected out of Old Dominion University, Bruce Sutter signed with the Chicago Cubs in 1971.

Surgery to repair a pinched nerve forced him to change his approach on the mound. His minor league pitching coach taught him to throw a split-finger fastball, which put him on the fast track to the big leagues.

As Tim Kurkjian wrote for ESPN: “It was…that pitch, that helped Sutter amass 300 saves, win a Cy Young Award, a World Series championship and gain eventual enshrinement in the Hall of Fame.”

Brian Downing was a late bloomer who took the long road to Major League Baseball.

After getting cut from his high school team, he was a member of Cypress College’s “taxi squad” as a bullpen catcher. Yet he showed enough promise at an open tryout to land a contract with the Chicago White Sox.

After a slow start in the big leagues, a new batting stance and commitment to the weight room transformed his career. Downing left the Angels as the franchise’s all-time leader in nearly every major offensive category. 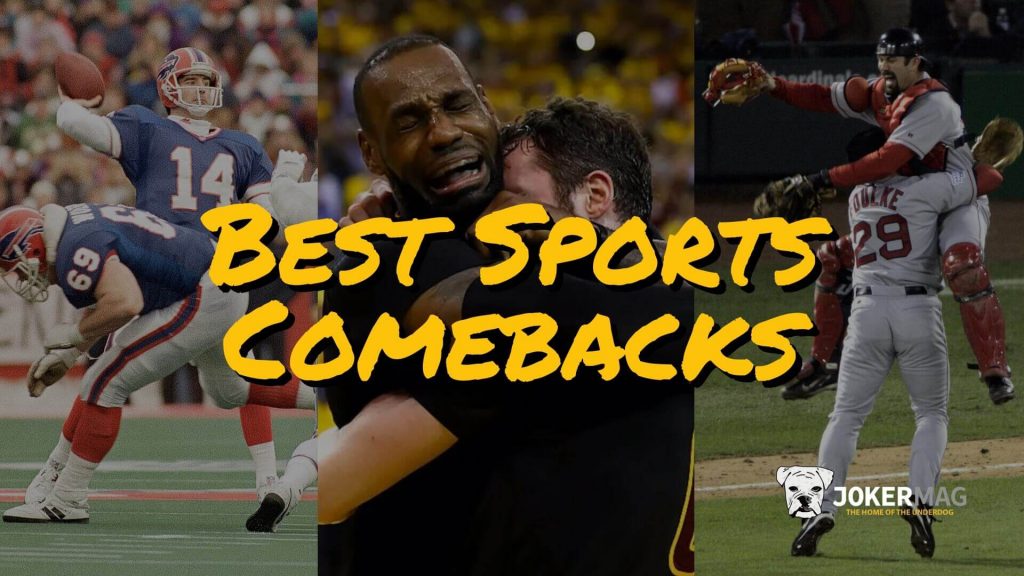