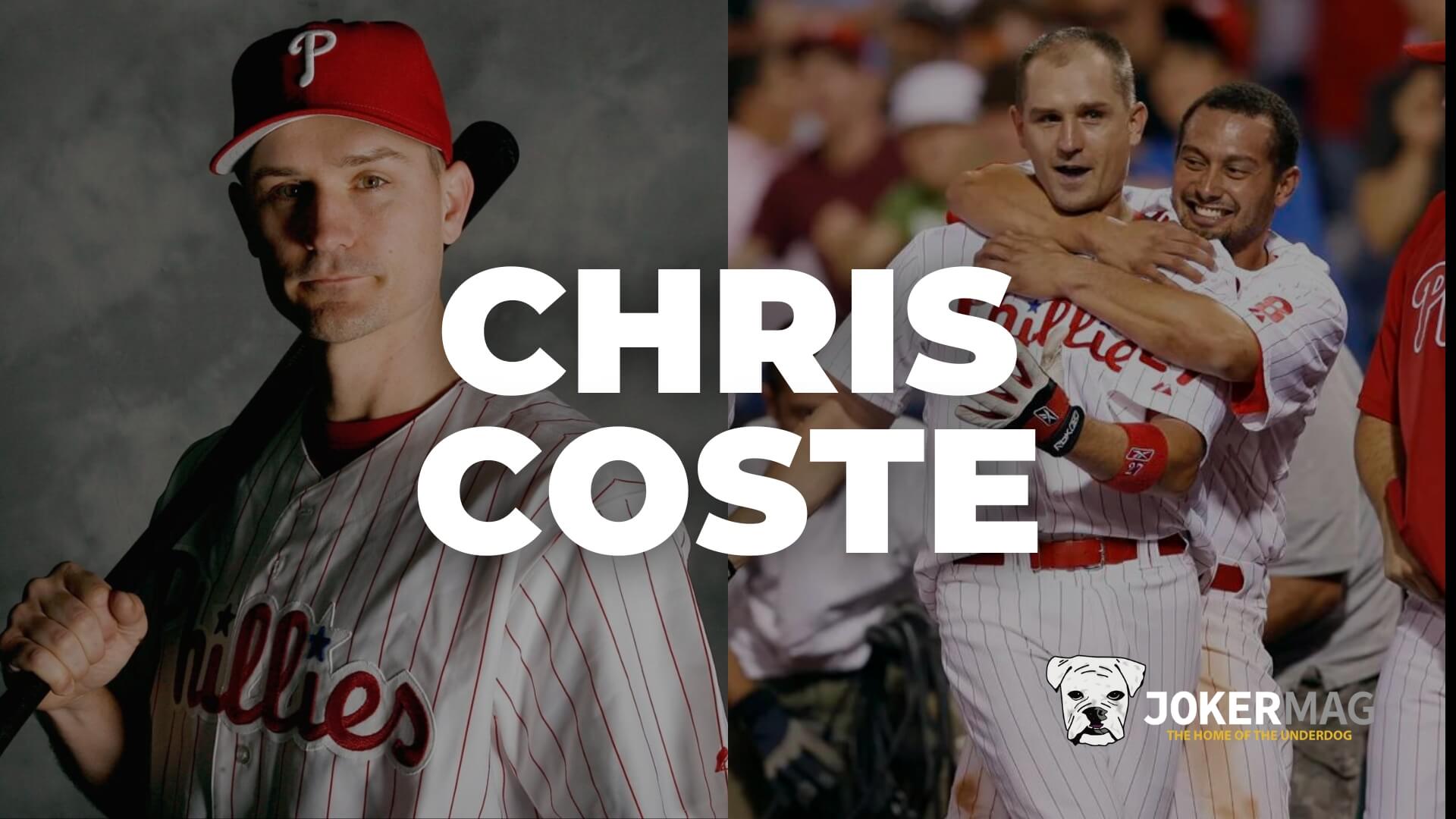 Coste played for multiple MLB organizations before breaking into the big leagues as a 33-year-old rookie with the Philadelphia Phillies, later helping the team win the World Series in 2008. Today, he’s back at his alma mater as Concordia’s head baseball coach.

His perseverance set a great example for me as a young ballplayer and it was a privilege to interview him about his career.

Growing up, what kind of challenges did you face as a ballplayer?

I was fortunate to be bigger and more athletic than most of the kids my age, and because of my grandfather, I had a baseball and a bat in my hands at an early age.

However, being from North Dakota and having a short summer baseball season, my development was not as quick as kids from a warmer climate.  This was the 1980s so travel ball was non-existent and we only played 20-30 games in the summer until high school.

I received some attention from some junior colleges in the midwest but because of a back issue my senior year, I was under-recruited.

I ended up choosing a junior college near Chicago.  The issue was they only wanted me to pitch, so my freshman year I was only used as a pitcher.  The next year I transferred to Concordia so I could both pitch and hit.

You were a three-time All-American who set school records and helped Concordia win the MIAC championship. How would you describe your journey from the last at-bat of your college career to your first game in the big leagues?

After my last college at-bat, I was convinced I was going to be drafted. Unfortunately, I was not.

Fortunately, independent baseball was growing quickly, and the year after I graduated Fargo got a team.  It was a challenge to make that team as the level of play was higher than most D3 players could handle.

I made the team as a second baseman and eventually became a catcher three games into the first season (1996).  Baseball was very fun and successful in Fargo as we sold out most games and had teams that made the playoffs every year, and while I was not making much money, I felt like a big leaguer playing in my hometown.

For me, independent ball wasn’t as much of a grind because I was having the time of my life and getting paid to play baseball in Fargo.  When I was eventually signed by the Cleveland organization after four years in Fargo, because I was already 27-years-old, I was able to skip the lower levels of the minor leagues and go directly to AA, and then quickly to AAA.

Editor’s Note: Big thanks to Chris for his time and insight! You can follow him on Twitter at @chriscoste27 and check out his book: The 33-Year-Old Rookie: My 13-Year Journey from the Minor Leagues to the World Series.