NAIA Baseball Players Who Made it to MLB: Now & Through History 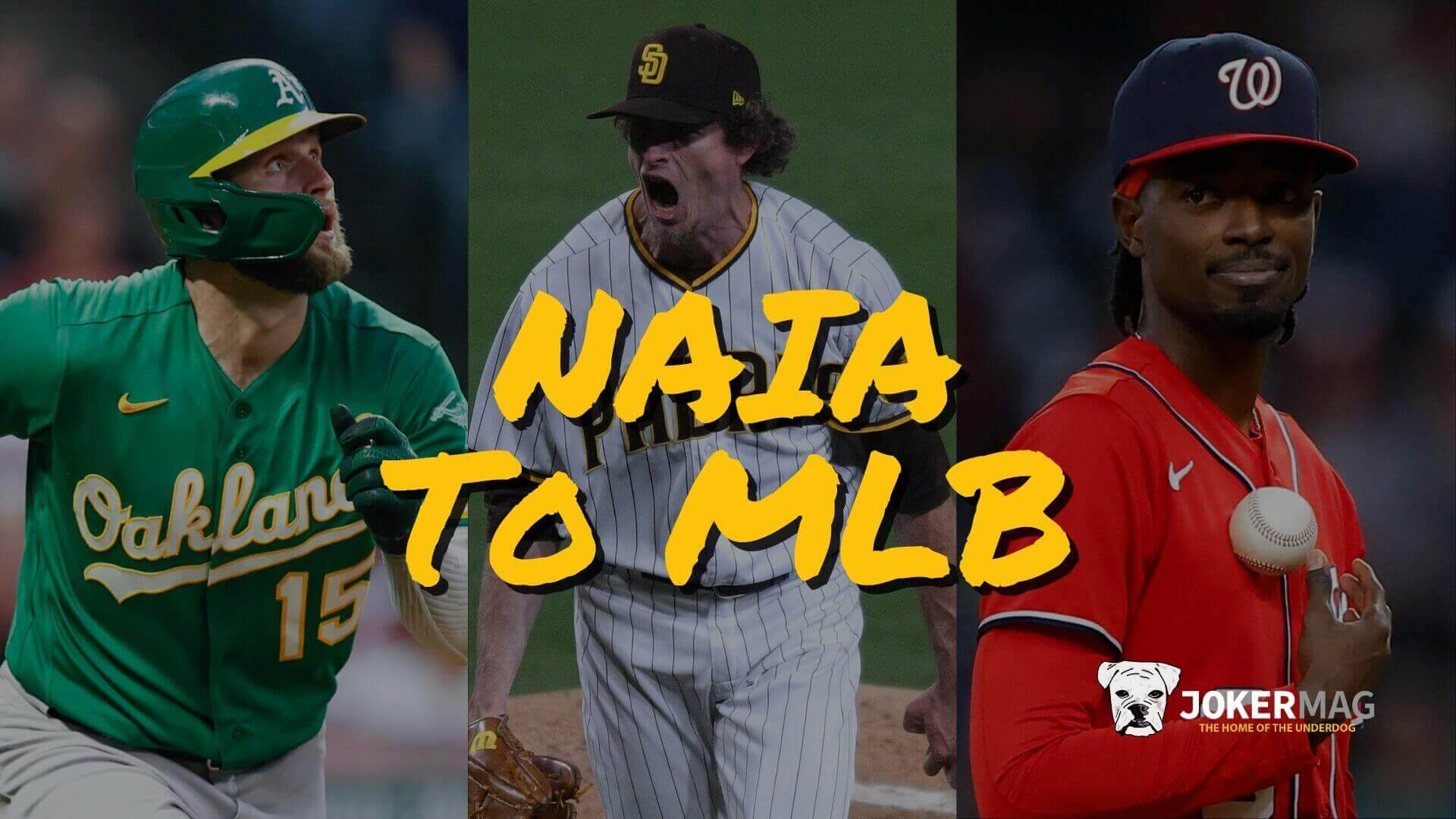 The National Association of Intercollegiate Athletics (NAIA) is an alternative governing body to the NCAA for small colleges and universities. There are currently over 250 NAIA member colleges and 212 baseball programs in the country.

While not as recognizable as the NCAA teams you see on TV, the NAIA produces big-league talent every year. According to The Baseball Cube, 155 NAIA ballplayers have been selected in the MLB Draft since 2015.

But still, being drafted doesn’t guarantee you make it all the way to The Show.

Here’s a breakdown of the NAIA players who made it to Major League Baseball – now and throughout history.

Nick Anderson took a bumpy road to the majors. After getting little recognition as a high school player, he stayed in-state to attend Division 2 St. Cloud University in Minnesota.

Anderson battled personal and legal issues that led him to transfer to NAIA Mayville State, where the 6’5″ righty impressed scouts with a dazzling 1.95 ERA.

The Brewers took Anderson in the 32nd round of the 2012 MLB Draft but didn’t sign him due to his legal troubles. Instead, he bounced around the independent leagues and, at one point, worked full-time remodeling houses.

But Nick Anderson continued pursuing his dream, posting eye-popping numbers in the independent Frontier League and grabbing the attention of MLB scouts before signing as an undrafted free agent.

Now, he’s an established power pitcher in the backend of a dominant bullpen. Our own Bryan Contino chronicled Anderson’s turbulent journey to MLB in 2020.

Despite being the son of a former MLB pitcher, Dee Strange-Gordon didn’t play baseball until he was in high school.

He stayed in central Florida for his college career, playing at both Seminole Community College and NAIA Southeastern University.

The speedy infielder has stolen more than 300 bases since his major league debut in 2011.

Tim Hill has defied the odds every step of the way. The sidearm-throwing lefty was a draft afterthought, selected in the 32nd round out of Bacone College – a school with less than 1,000 students.

“That whole year, 2015, was pretty tough,” he told Baseball America. “I had surgery and about eight months of chemotherapy…The Royals were very supportive.”

After beating cancer, Hill didn’t take long to return to form. He pitched his way through the minor league ranks, ultimately cracking the big leagues in 2018.

After two stellar seasons at an Oregon community college, Seth Brown transferred to Lewis–Clark State College in Idaho after his sophomore year. However, due to academic issues, he was forced to sit out his entire junior season.

But Brown came back with a vengeance, leading the NAIA in home runs (23) while batting .386 and leading his squad to an NAIA World Series championship.

The Oakland A’s picked him in the 2015 MLB Draft that summer. The outfielder has displayed power at every level on his way to the big leagues.

A California native, Connor Brogdon was chosen in the 40th round of the 2013 MLB Draft out of high school but elected not to sign. Instead, he went the JUCO route before transferring to NAIA Lewis–Clark State College.

His senior year, he helped the Warriors win the 2017 NAIA World Series, but his velocity declined due to his usage (80.1 innings). Phillies scout Hilton Richardson told The Athletic, “I don’t want to say they abused him, but he got worked a lot.”

Philadelphia ultimately selected him 293rd overall in 2017, and the right-hander took the fast track to the big leagues, cracking the Phillies bullpen by 2020.

Taylor Hearn is different from many of the players on this list. The towering lefty was in high demand since high school – drafted a total of four times by four MLB organizations before signing.

Hearn played JUCO ball in Houston before transferring to NAIA Oklahoma Baptist. That is where he made “huge gains confidence-wise, from the mental aspect to the physical aspect,” according to then-head coach Bobby Cox, putting himself in a position to be drafted much earlier than before.

After the Nationals chose him in the 5th round in 2015, Hearn was part of two July trade deadline swaps over a three-year span before becoming a big leaguer with the Texas Rangers.

Saucedo’s baseball career got off to a rocky start. After getting cut from the team as a sophomore in high school, he didn’t record a single win as a junior.

The southpaw even walked away from the game for a period of time, dropping out of Tacoma Community College after his first season.

“I looked at everything that I went through to get to where I am now,” Saucedo told The Province in 2015. “It humbles you.”

He returned to baseball with Tennessee Wesleyan where he matured and developed into a legitimate pro prospect. Drafted by the Blue Jays in the 21st round in 2015, Saucedo made his MLB debut six years later.

Former Major Leaguers Who Played at the NAIA Level

No college or professional scouts showed interest in Ben Zobrist by the time he graduated high school. He thought his baseball career was over.

Then his high school coach convinced him to attend a showcase for small colleges looking to fill roster spots that summer. Zobrist landed a scholarship to Olivet Nazarene University in Illinois, where he helped the Fighting Tigers to two NAIA World Series appearances.

A two-time World Series Champion and three-time All-Star, Zobrist was inducted into the NAIA Hall of Fame in 2014.

Lou Brock grew up in a poor family and did not play organized baseball until 11th grade. He received academic assistance to attend Southern University in Louisiana and only went out for the baseball team to try landing an athletic scholarship that would allow him to stay in school.

After a slow start that saw him hit .189 in his freshman season, he steadily improved each year. As a junior, Lou Brock helped Southern become the first historically black college or university (HBCU) to win the NAIA national championship.

After a dominant MLB career, Brock was a first-ballot Hall of Famer in 1985.

Remember, it doesn’t matter where you start. It’s how you finish. Future pros have and will continue to come from every level of college baseball.