Division 2 Players Who Made it to Major League Baseball 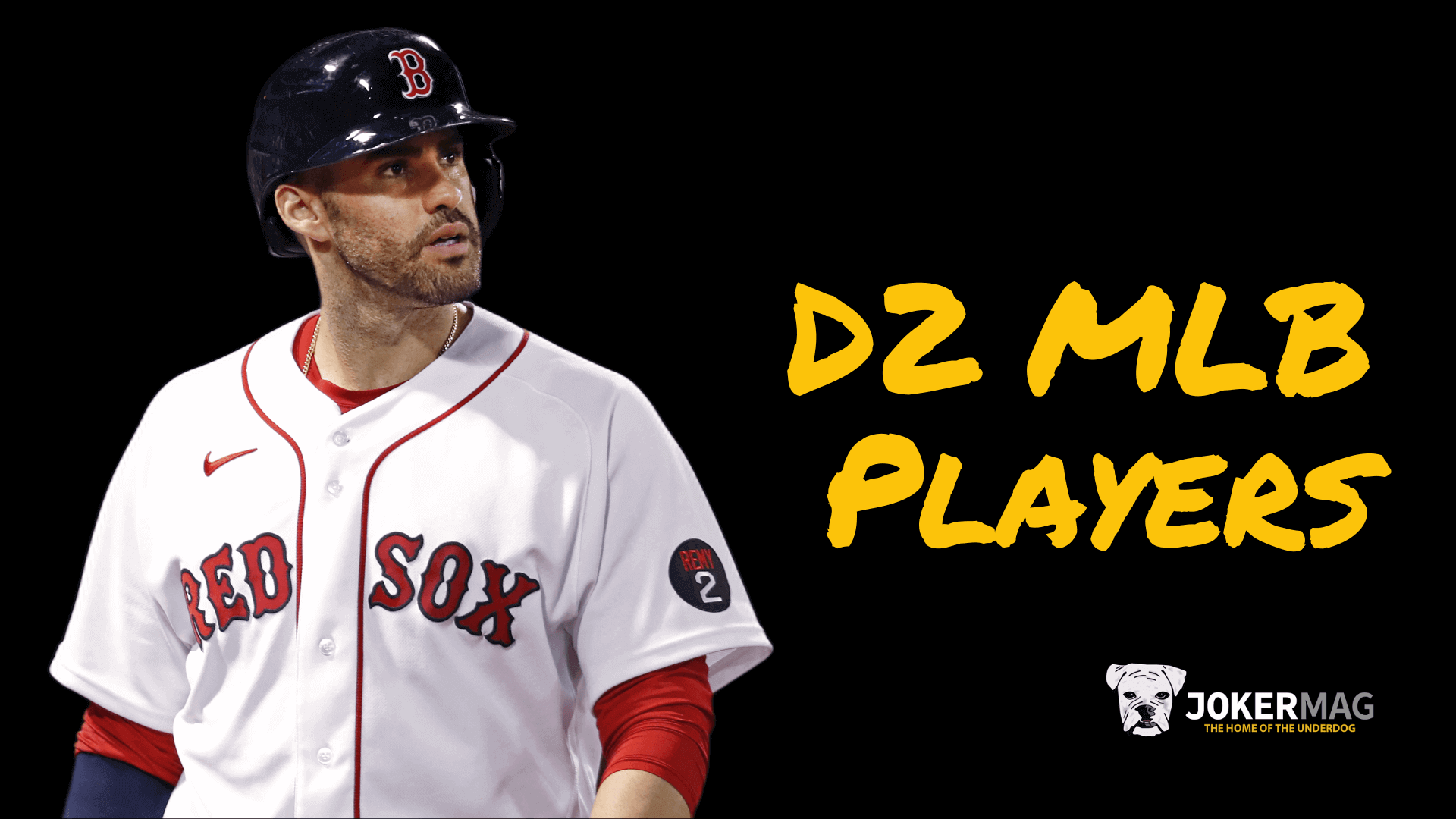 The surprising fact about Major League Baseball is how many players came from smaller schools.

And while colleges like Nova Southeastern and Cal Poly may not ring any bells, they’ve produced some serious big league talent.

Here is a breakdown of Division 2 players who made it to Major League Baseball – now and throughout history.

After an All-American college career, J.D.’s transition to the pros got off to a rocky start. But with the help of his hitting coach, he reinvented his swing and evolved into an all-around powerhouse at the plate.

Martinez was the first NSU player to reach the MLB level and blazed the trail for future players (some of whom are on this list).

In 2018, Joe Ryan transferred from Division 1 Cal State Northridge to Division 2 Cal State Stanislaus – a four and a half mile drive north. The 6’2″ righty posted a 1.65 ERA as a senior before the Rays grabbed him in the seventh round of the draft.

Several years later, after working his way through the minors, Ryan went to Minnesota as part of the Rays’ deadline deal for Nelson Cruz. In his first full season for the Twins, the D2 alum delivered on his promise as a front-end starter.

Kevin Pillar set an NCAA Division II record with a 54-game hitting streak his junior year. He graduated as the CSUDH Toros all-time batting leader with a .367 average.

Despite his college success, Pillar fell to the 32nd round (979th overall) in the 2011 MLB Draft. He’s since evolved into a spectacular MLB center fielder, winning the Wilson Defensive Player of the Year Award in 2015.

Like his college teammate, J.D. Martinez, Miles Mikolas traveled a tough road to the big leagues.

A 7th-round pick of the Padres in 2009, the right-hander cracked the major league roster by 2012. But his MLB career stalled by 2014, and Mikolas headed over to Japan where he spent three seasons refining his approach in the NPB.

The Cardinals brought him back to MLB in 2018, and he’s since become a two-time All-Star for St. Louis.

Hailing from Wilmington, Delaware, Joey Wendle led the West Chester Golden Rams to the Division 2 title in 2012. That year, the left-handed slugger hit .399 while clubbing 12 homers.

Since then, Wendle has ascended to become a versatile MLB defender known as one of the few big leaguers to not wear batting gloves.

“He just has like the grinder mentality. No batting gloves. He’s just a salty dog,” then-teammate Tyler Glasnow told MLB.com. “I don’t even know how to describe it. He’s just that dude.”

Former Major Leaguers Who Played at the D2 Level

Ozzie Smith played college baseball for the Cal Poly Mustangs while they were still a member of the CCAA, a Division II athletic conference. His Cal Poly coach, Berdy Harr, taught Smith how to switch-hit during his sophomore year.

At the MLB level, the shortstop was known as “The Wizard” for his other-worldly defensive prowess. Smith won 13 consecutive Gold Glove Awards alongside 15 All-Star appearances during his Hall of Fame career.

Before firing over 3,200 major league innings as a knuckleballer, Tim Wakefield was a first baseman at D2 Florida Tech. He set the school’s single-season record for home runs (22) on his way to winning team MVP.

Shortly after being drafted, Wakefield was told by a scout he’d never make it past Double-A as a position player. So he turned his attention to pitching and began developing a knuckleball in his spare time.

“I’m probably wasting everybody’s time,” he said at the time. “But I just want to be able to say I tried everything I could to make it.”

That knuckleball saved his career and turned him into one of the most inspiring stories in baseball. Tim Wakefield went on to pitch through his age 44 season and won two World Series rings with Boston.

Tino Martinez – 1B, University of Tampa

He stayed right at home for college, playing at the University of Tampa where he was an All-American in all three of his seasons. He was even a finalist for the Golden Spikes Award in 1988, which to that point was never awarded to any Division 2 player.

Today, the Tino Martinez Award is given to the most outstanding Division II baseball player in the nation.