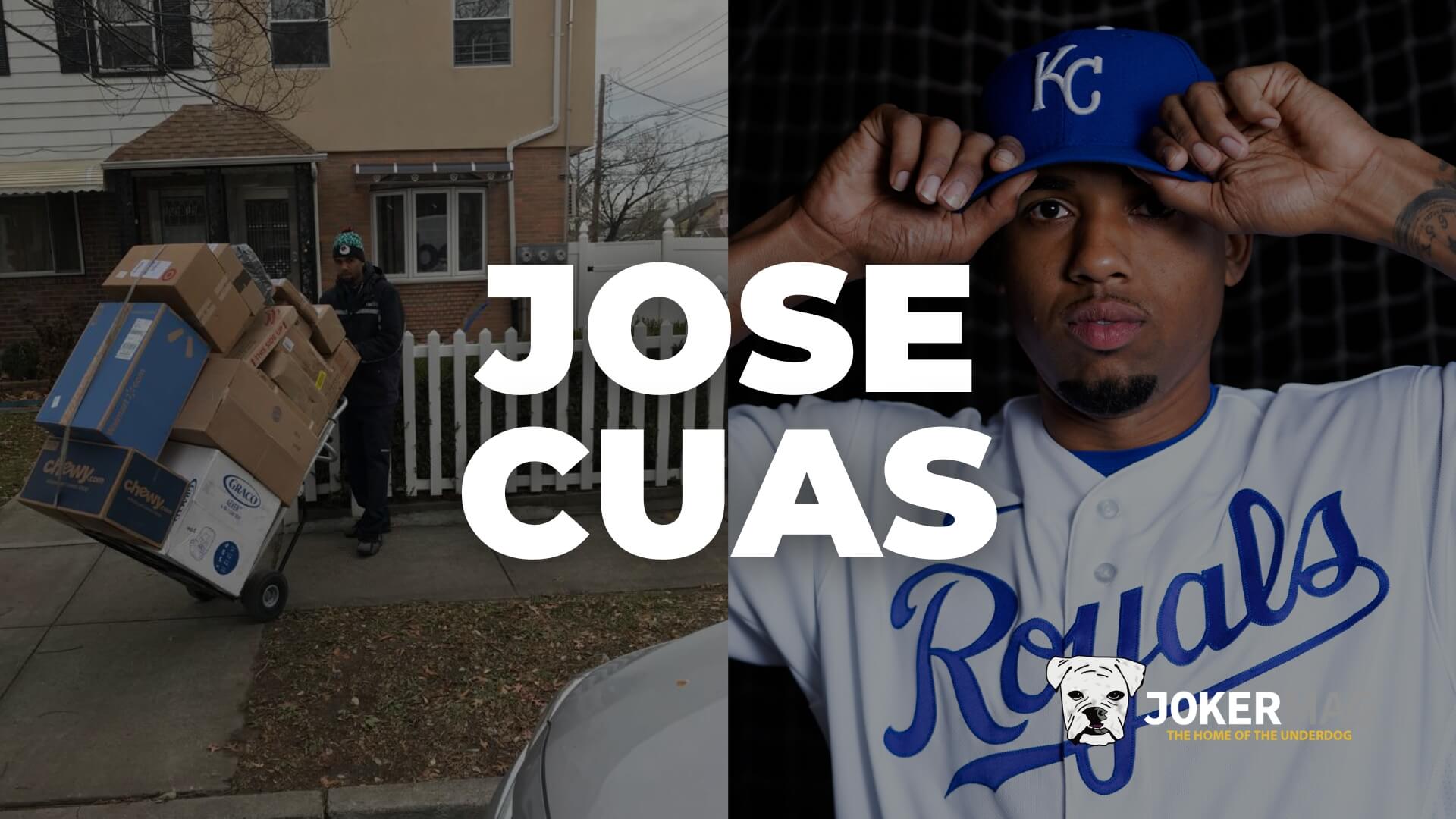 Baseball is full of unlikely heroes and incredible journeys. But this one might top them all.

A few years ago, Jose Cuas wasn’t even a pitcher.

After a solid career for the Maryland Terps, the Milwaukee Brewers selected him as an infielder in the 11th round of the 2015 draft.

But after he hit just .177 in his first two minor league seasons, Milwaukee tried converting Cuas to a pitcher.

Unfortunately, things got even uglier.

On the mound, Cuas gave up 18 runs in 19.1 innings of work. The Brewers decided enough was enough and released him. Right after getting cut, Cuas called his brother, Alex.

It was the first time Jose talked about quitting baseball.

“He called me and said, ‘I just got released, I’m done with this,’” Alex told MLB beat reporter Anne Rogers. “I was like, ‘Hey, relax. Let’s see what happens.’”

Cuas latched on with the Long Island Ducks, an independent league team. There, he became teammates with former MLB closer Fernando Rodriguez.

One day, K-Rod saw Cuas messing with a sidearm delivery during warmups. The 6-time All-Star told him to stick with the new arm slot.

Wisely, Cuas took his advice. And it changed everything.

Throwing sidearm came naturally to him. As he got a feel for it, Cuas started to taste his first success as a pro pitcher. He posted a 2.38 ERA out of the Ducks’ bullpen, attracting the attention of another MLB team.

The Arizona Diamondbacks signed Cuas at the start of the 2019 season. Jose dominated the low levels of the minors, posting a 1.60 ERA across 45 innings. At this point, he seemed destined for the big leagues.

2020 was a disaster for minor leaguers and led to the release of countless players. Unfortunately, Jose Cuas was one of them.

It was the second time he thought about quitting. After all, he had a family to support back home in Brooklyn. His wife, Anais, was raising their son and was pregnant with their 2nd child.

But, along with Jose’s brother, she pushed Jose to keep going.

“I told him, ‘Don’t you dare do that. You are not going to quit. We did not sacrifice all this for you to quit.’”

So he didn’t. Instead, he took a job at FedEx delivering packages around Brooklyn. At night, he trained with his brother at a local field that barely had any lights.

It was a grind, but Jose embraced it.

In 2021, he revived his career by pitching in the Dominican Winter League. There, he caught the eye of a Kansas City Royals coach. The team signed him shortly after, and suddenly he was back in affiliated baseball.

Jose had a stellar season in Double-A and made waves in Spring Training at the start of 2022. He started the season in Triple-A, and Cuas kept cruising.

And then, on May 31st, 2022, when Kansas City needed bullpen depth, they called him up to the big leagues.

In his MLB debut, Cuas looked dominant – pitching a scoreless inning out of the bullpen. His brother and wife watched from the stands, proudly cheering him on. His son ran around the section behind home plate, proudly telling everyone that his dad “throws strikes.”

After his debut, Jose Cuas took time to reflect on his journey:

“It’s a dream come true, being a kid from New York, everything I’ve been through in my playing career. To be here in a Major League stadium with a chance to pitch – I can’t even say I dreamed about it.”

Join our newsletter to get the best stories in your inbox 👇