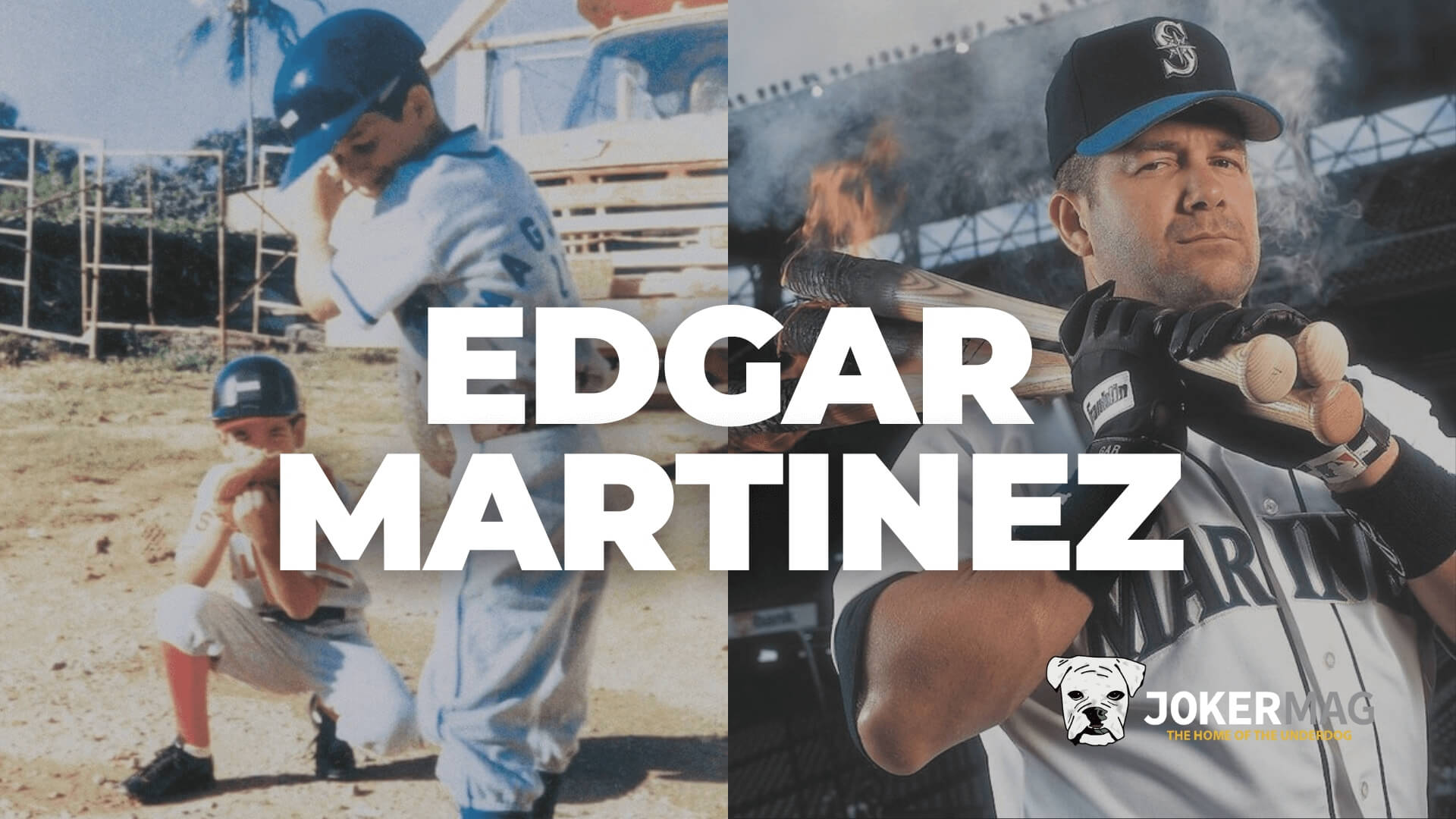 Edgar Martinez was born in New York City in 1963.

At 2 years old, his parents got divorced and sent him to Puerto Rico to live with his grandparents.

That’s where his passion for baseball began.

In his own words, Edgar was “hooked on baseball after that”.

His grandfather bought him his first uniform – number 21, after Clemente – with his own name stitched on the back.

Martinez played in the yard with his cousins, hitting bottlecaps with broomsticks to learn the game.

“When it would rain, Edgar would go outside and swing at the raindrops,” said his cousin, Carlos.

“He would do it for hours.”

Edgar didn’t receive much attention from scouts. They liked his glove but felt he was too weak of a hitter.

After a few failed tryouts, he enrolled at a local university to prepare himself for the working world.

“At that point, I sort of lost hope of signing.”

By age 20, Edgar’s schedule was jam-packed.

When he got home, he’d sleep a few hours and then practice baseball.

He played in a semi-pro league on weekends – trying to keep the game in his life.

One morning, Edgar arrived home from a night shift.

The GM of his semi-pro team was outside waiting for him.

“The Mariners are having a tryout,” he told Edgar. “Get ready, I’m going to take you there.”

So after an 8-hour night shift, Edgar hopped in the car to go to the 8 am tryout.

He recalls being “so tired I couldn’t swing the bat.”

Running on fumes, he flashed enough potential to get a chance.

A few days later, Edgar signed with the Mariners for $4,000.

“I could only speak a few words of English, just enough to order in a restaurant.”

But he kept working – learning English and getting more pro at-bats – and things improved.

Yet he managed to put together eye-popping career numbers:

Edgar’s 10th and final year on the Hall of Fame ballot.

“It started out as a normal day,” Edgar told the Seattle Times. “…I tried to distract myself as much as possible.”

Then, just before 6 pm, his phone rang.

In his final year of eligibility, Edgar Martinez was elected to the Baseball Hall of Fame.

Like everything else in his career, he had to fight to earn it.

“I’ve never heard anybody in any walk of life say anything ever halfway bad about Edgar Martinez…He has always had nice things to say about everyone, even in trying circumstances.”

“He’s a great human being.”