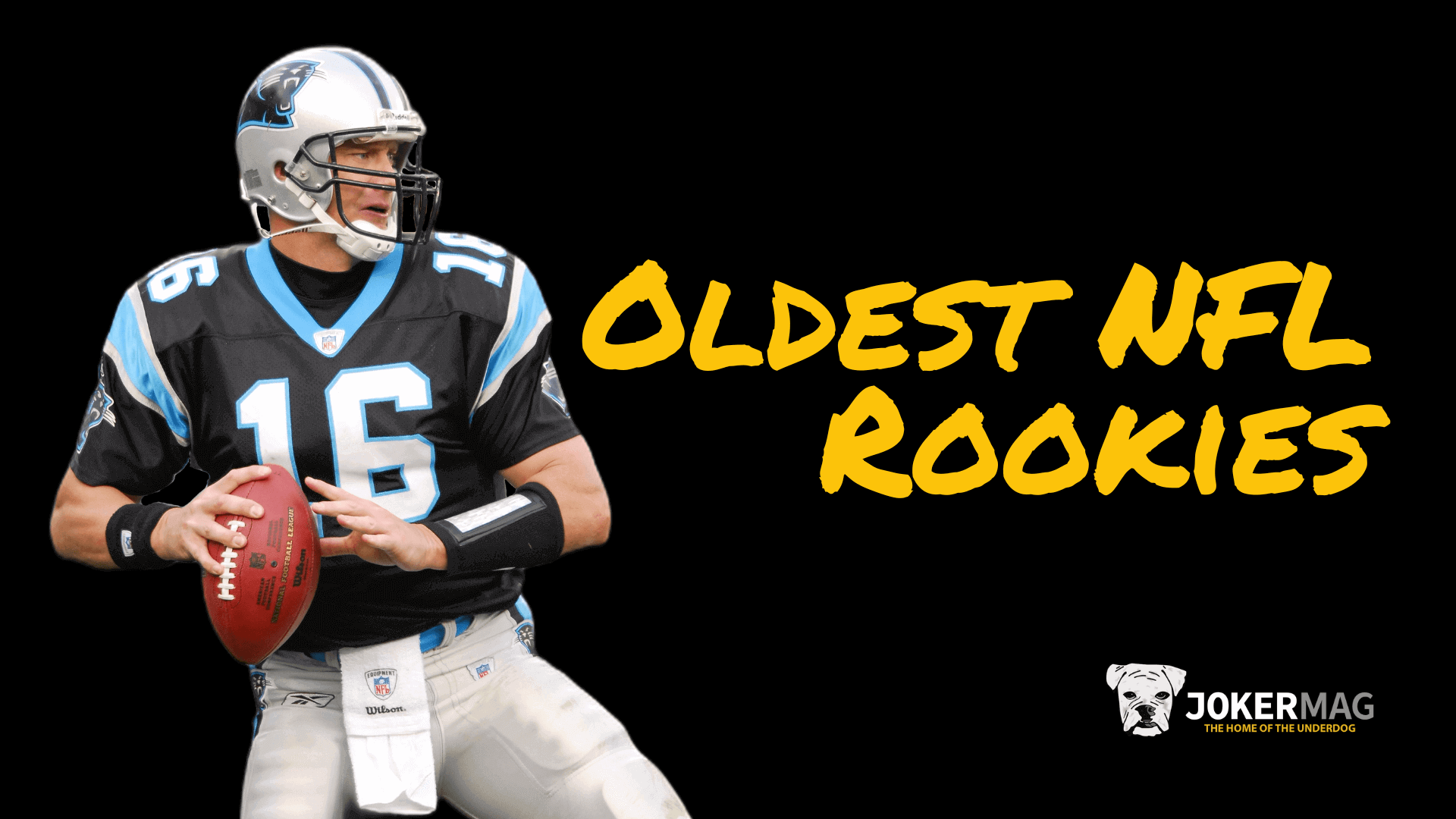 This quote from Brady, the oldest active player in the league, truly embodies the mentality an NFL athlete must have when it comes to age. Father time comes for us all, and that is none truer than in the NFL.

In a league where the average career spans only 3.3 years, and the average age of a player is 25.6, the NFL is truly a young man’s game.

Despite this, there have been notable outliers who not only defied the odds but got their starts at an age when most careers are finished.

Here are the oldest rookies in NFL history.

Entering the league at 35 years old, quarterback Otis Douglas was the oldest rookie in NFL history.

While a typical web search will provide you results listing the likes of Sav Rocca and Ben Graham, you need to go back to the 1940s to find the true oldest rookie in league history.

Otis Douglas may not be well known, but his story can’t be forgotten.

In 1946, from the shadows of WW2, the American sports leagues found themselves in a state of crisis. Across the country, there were not enough players to fill out the roster spots across the leagues.

Douglas, who was a warm body with at least a little experience, got his chance when the Philadelphia Eagles signed him to be their starting quarterback (and athletic trainer).

Though originally brought on as a temporary player, Douglas went on to be the starter for the Eagles, playing in 32 games and was a part of the 1948 and 1949 NFL Championship teams.

Ralph ‘Dieter’ Brock came over from the CFL at the age of 34 and went on to have one of the best rookie seasons for a quarterback in NFL history.

In 1985, after ten years in the CFL, Brock got his chance in the NFL as a starter for the Los Angeles Rams and made the most of his opportunity. For the season, Brock posted almost 2700 passing yards, with 16 touchdowns and a passer rating of 81.8.

With Brock under center, the Rams secured a divisional title and the #2 seed in the NFC, ultimately losing in the NFC Championship to the eventual Super Bowl champion Chicago Bears.

A cursory web search of Sav Rocca will incorrectly identify the Australian native as the NFL’s oldest rookie. While he may not be the oldest when it comes to the complete history of the game, he is one of the few who got his start in his 30s.

Rocca played for the Australian Football League for ten years before making his jump to the NFL, signing with the Eagles in 2007 at 32 years of age. The 6’5″ punter went on to have a notable NFL career, playing through the 2013 season before retiring at age 40.

If you’re a college football fan, you are aware of how valuable an Aussie punter is. Of the last ten Ray Guy Awards (awarded to the nation’s top punter), six were Australians.

Ben Graham helped lead the Aussie punter revolution when he signed with the Jets in 2005. At the age of 31, Graham was a true underdog story, who went on to have quite a successful career.

In 2009, Graham posted a career year, tying an NFL record by placing 42 punts inside the 20-yard line in a season and became the first-ever Australian to play in the Super Bowl.

Chris Weinke’s road to the NFL was a long and winding one.

Drafted to the MLB out of high school, Weinke put off pursuing college ball until the 1996 season. At 25 years old, he joined the Florida State Seminoles’ football team.

Weinke may have been one of the oldest freshmen in the country, but his age was hardly a deterrent.

He finished his career at FSU with a 32-3 record and won the Heisman Trophy, the oldest to ever do so. In the 2001 NFL Draft, the Carolina Panthers selected Weinke in the fourth round (106th overall).

While his NFL career never fully took off, Weinke can now be found as the quarterbacks coach at Georgia Tech, helping future draft prospects achieve their dreams.

Rounding out our list of oldest rookies, we have another quarterback who took a detour to MLB before starting his NFL career.

Brandon Weeden has the distinction of being the highest-drafted player on this list. Selected 22nd overall by the Cleveland Browns in 2012, he became the oldest player selected in the first round in NFL history.

Unfortunately, he never caught on as a successful starter but had a long career as a backup.

Undrafted out of D3 Montclair State, Sam Mills got cut by NFL and CFL teams.

The “Field Mouse” latched on with the upstart USFL, where he helped lead the Philadelphia Stars to back-to-back titles.

After the league folded, his coach Jim Mora took a job with the Saints and brought Mills with him. The diminutive linebacker entered the league at 27 and didn’t retire until he turned 38 years old.

He is now a member of both the College and Pro Football Hall of Fame.