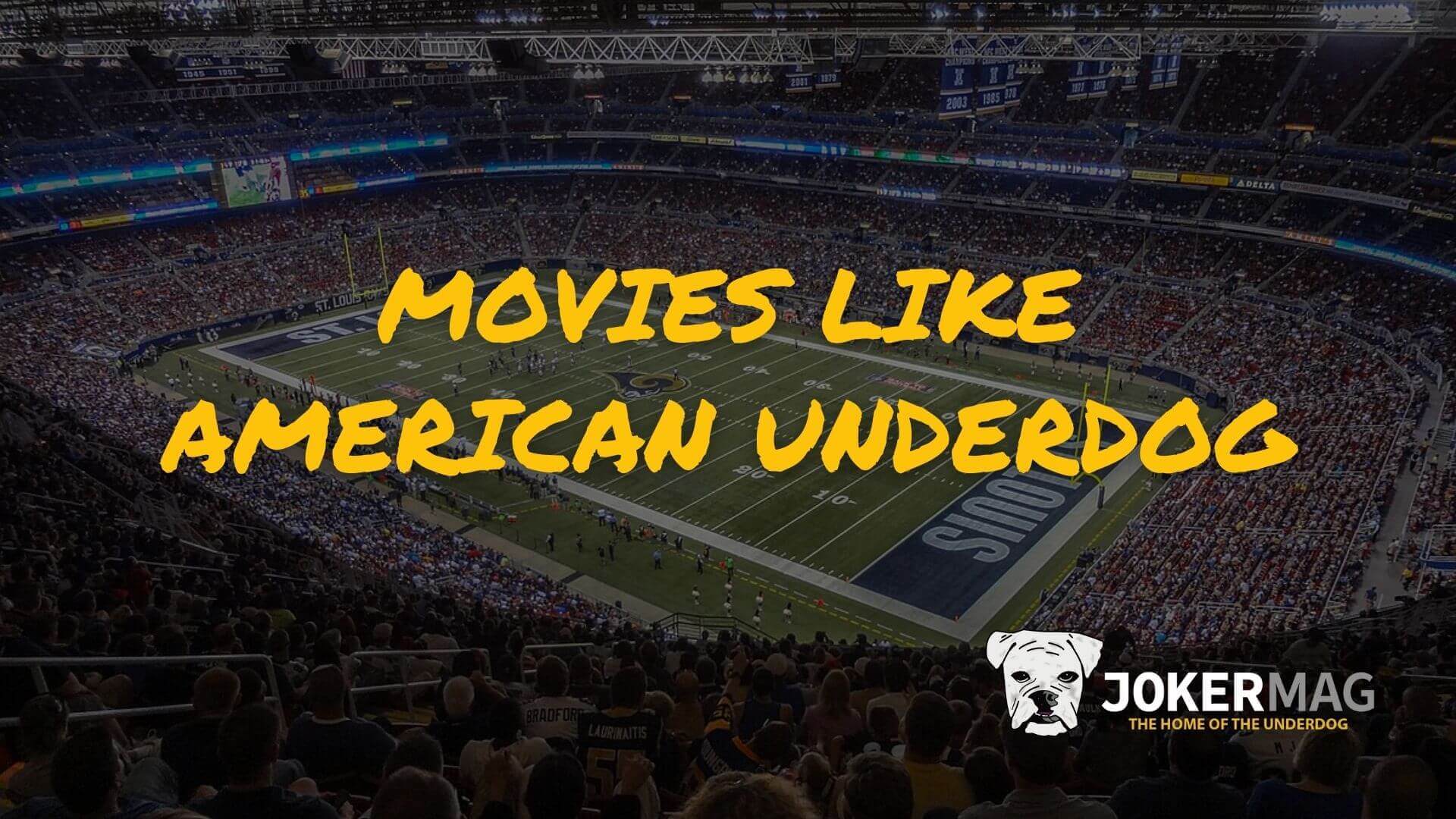 Released on Christmas Day, 2021, American Underdog tells the incredible tale of NFL Hall of Famer, Kurt Warner. The decorated quarterback went from stocking shelves at a grocery store to becoming the first undrafted player to be named both NFL MVP and Super Bowl MVP.

The movie – starring Zachary Levi and Dennis Quaid – was a hit at the box office, grossing over $5.8 million in its opening weekend alone. Needless to say, it’s left a lasting mark on viewers everywhere.

The film’s theme is echoed in Warner’s Hall of Fame induction speech: “Even when life doesn’t give you what you want, you never stop believing.”

With that, here are five movies like American Underdog.

Also starring Dennis Quaid, The Rookie tells the true story of a Texas high school science teacher’s improbable journey to Major League Baseball. After losing a bet with his players, Jim “The Rookie” Morris gets another chance at his dream at 35 years of age.

If you’re itching for another underdog sports story, this one is perfect for you.

Another movie that features an underdog backed by Coach Dick Vermeil, Invincible tells the story of Vince Papale – a 30-year-old bartender who walks onto the Philadelphia Eagles. With zero college football experience under his belt, Papale shows what it means to be “Philly tough”.

Similar to Kurt Warner, the standout receiver defied overwhelming odds to crack an NFL roster. To this day, Vince Papale remains the oldest rookie in NFL history to have never played a down of college football.

RELATED: 7 Shows Like ‘All American’ to Start Watching Now

Released in 2016, Greater depicts the rise of the greatest walk-on in the history of college football: Brandon Burlsworth. Plump in appearance but powerful in spirit, Burlsworth conquers all obstacles, developing into an All-American lineman and legitimate NFL prospect.

I can tell you from personal experience, this film will give you goosebumps. And get the tissues ready – tears will undoubtedly be shed.

This 2008 film details the true story of Ernie Davis, the first African-American to ever win the Heisman Trophy. But it isn’t easy – Davis battles racial prejudice in everything from biased officiating to death threats in his everyday life.

It should go without saying at this point that Dennis Quaid stars in this one too. The man has a knack for picking good sports movies!

What kind of underdog movie list would this be without Rudy? The 1993 film chronicling the legendary rise of Daniel “Rudy” Ruettiger is the perfect flick for the younger generation who might’ve been born too late to see this classic.

American Underdog – and any good sports drama, for that matter – takes a page out of Rudy‘s playbook to tell an emotionally-charged story that audiences love. Even if you’ve seen it a million times (like me), go back and re-watch to observe this formula executed to perfection.

Where to Watch: Hulu, Starz

Don’t miss the next great underdog story! Join our newsletter 👇