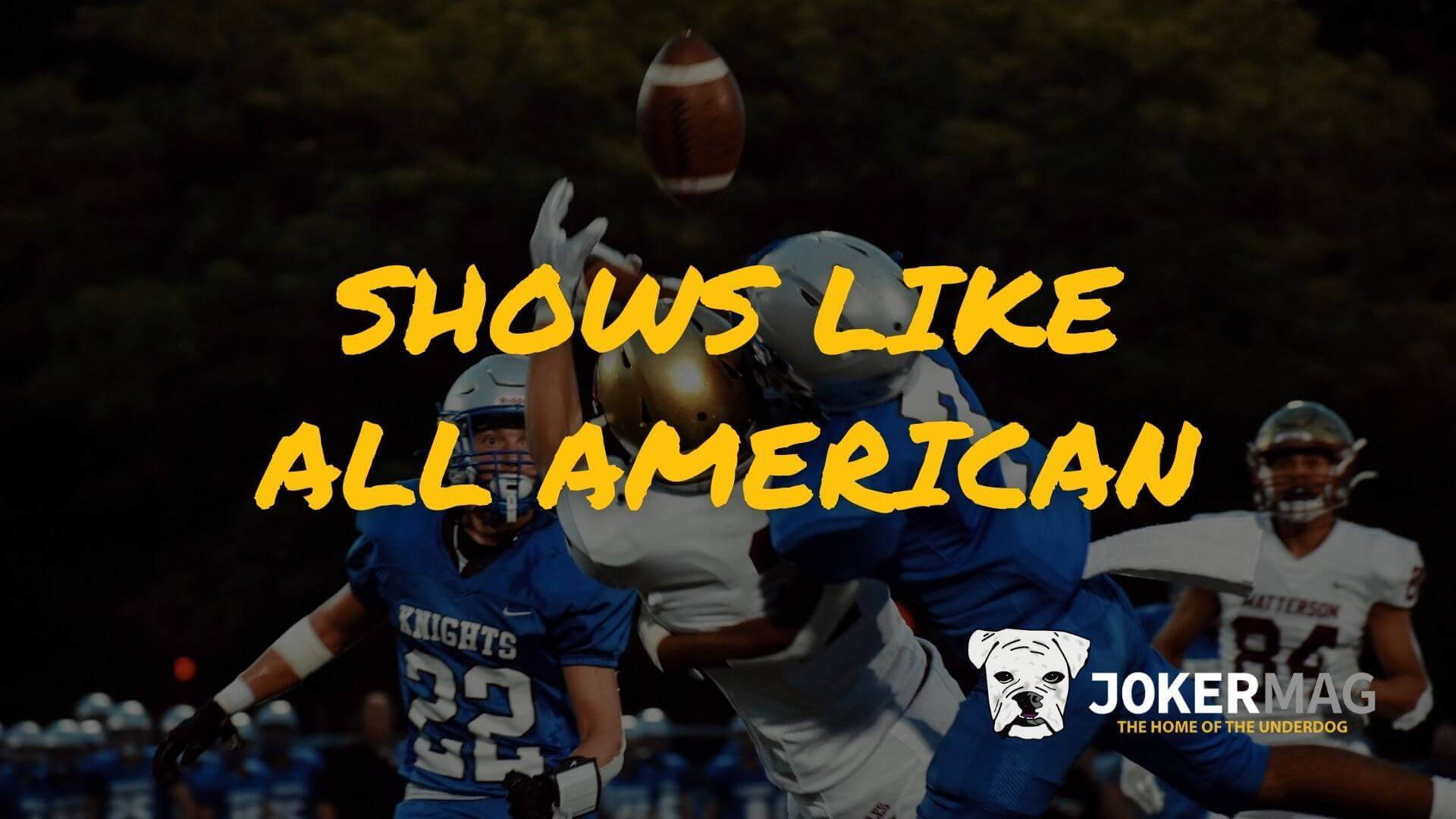 Inspired by the life of former NFL linebacker Spencer Paysinger, All American takes a unique look at a familiar story.

Spencer James is our underdog protagonist. A big fish in a small pond. But his football career may have never made it out of Crenshaw if it weren’t for Coach Billy Baker of Beverly Hills High.

The young man’s relationship with his coach goes much deeper than the football field, leading to a series of events that make this CW sports drama a must-watch. It’s a story of two worlds colliding, putting friendships and family ties to the ultimate test.

If you’ve already seen every episode up til now, you’re probably looking for something similar to watch. Here are 7 shows like All American.

While Friday Night Lights and All American take place in radically different parts of the United States, they share many of the same themes. Both are family dramas based around a high school football team, and both deal with issues far beyond the gridiron.

Where to Watch: Netflix, Hulu, Peacock

RELATED: 7 Shows Like ‘Friday Night Lights’ You Need to Watch

As far as this list goes, Riverdale falls more on the drama side of the spectrum. While the show touches on high school sports, it focuses more on its teenage protagonists trying to solve mysterious happenings in their small town.

If you were a fan of the off-field action of All American, you will most likely love this show.

Where to Watch: Netflix, The CW

On My Block follows a group of street-savvy high schoolers navigating the challenges of growing up in South Central Los Angeles.

And while both shows follow high school students, the kids in this show feel about 5 years younger than those in All American. All in all, though, it captures a similar feel to the CW drama while providing a bit of comic relief along the way.

QB1: Beyond the Lights takes a documentary-style look inside the lives of the nation’s top high school quarterbacks. The stakes are high, the pressure is mounting, and every week is make-or-break.

Much like Spencer James, these young men have dreams of NFL greatness. QB1 pulls you into the moments that will shape their future.

Last Chance U is a docuseries chronicling the stories of misfits, underdogs, and troubled college football players seeking a shot at redemption.

For these student-athletes, junior college (JUCO) football is a final chance to keep their NFL hopes alive. If you like to root for the underdog, you’ll enjoy this show.

One Tree Hill tells the tale of two half-brothers growing up separately in the same small town.

Growing up in different households, the brothers’ paths ultimately converge on the basketball court, unraveling a dramatic story of family ties broken and restored.

It’s one of the first teen sports dramas of the modern TV era and paved the way for shows like All American and many others on this list.

A recent addition to Netflix, this documentary series follows the journey of a Georgia high school football team playing for a controversial head coach.

Hungry to bring their town its first title since 1992, the players must avoid the pitfalls of adolescence to reach their goal. While the show focuses on football, it doesn’t lack the off-field drama you’re searching for.

Is there a show similar to All American that we missed? Tell us on Twitter @JokerMagHQ.

Do you like underdog stories? Join our free newsletter! 👇