7 Shows to Watch If You Like “Friday Night Lights” 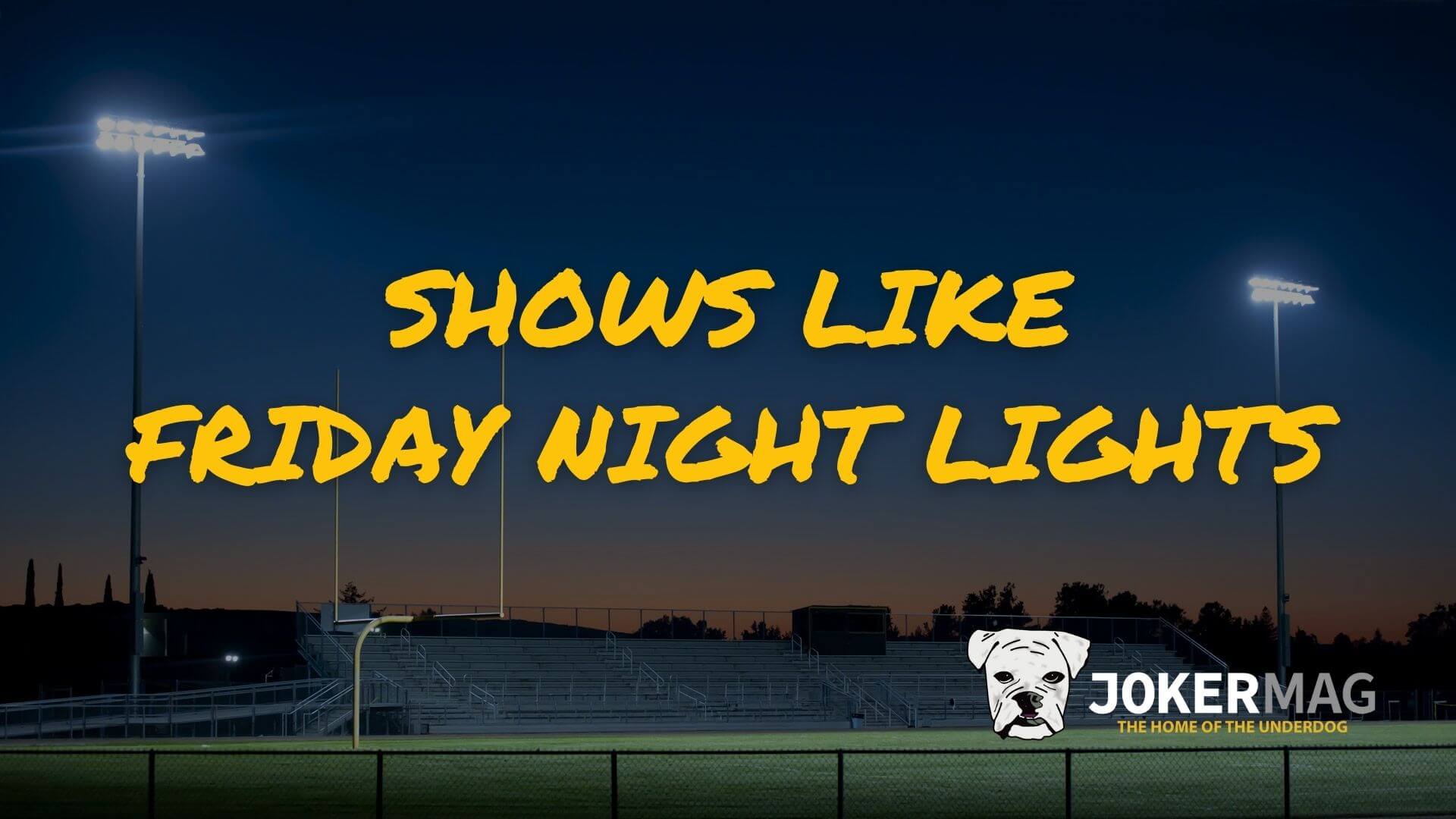 There are a lot of reasons to love Friday Night Lights. The last-minute game-winning drives, the emotional storylines, Coach Taylor’s epic speeches, and the small-town underdog spirit.

The worst thing about the show is that there are only five seasons. So, if you binge-watched the series in a few weeks, you’re probably missing Dillon, Texas, and its intriguing cast of characters.

Lucky for you, we’ve put together a list of great TV series to fill the void. Here are 7 shows like Friday Night Lights.

Newly released on Netflix, this reality series follows the ups and downs of a Georgia high school football team playing under a controversial coach.

As many are aware, Friday Night Lights the show is a spinoff of the movie based on a book about a real high school football team. Along the same lines, Titletown High follows a town hungry for its first title since 1992.

This controversial ESPN series ran for just one season. Canceled due to pressure from the NFL, the series gives a glimpse of what really happens behind the scenes in professional football.

Playmakers depicts steroid use, drug addiction, domestic violence, and more edgy topics that league execs would rather be kept out of the public eye. It’s a bit darker than what FNL fans are used to, but it’s a solid sports drama nonetheless.

Where to Watch: You can find episodes free on YouTube

While it takes a few episodes to find its footing, the series is worth trying out for anyone missing their Dillon Panthers.

RELATED: 7 Shows Like ‘All American’ You Need to Watch

Since its mid-pandemic release on Apple TV+, Ted Lasso has garnered praise from a variety of demographics. From my friends in their mid-20’s to family friends kicking off their retirement, I’ve heard rave reviews from everyone.

The dramatic comedy follows an American football coach who crosses the pond to coach a struggling U.K. soccer club. It’s a feel-good underdog story full of characters you’ll love to root for.

Where to Watch: Apple TV+

I loved this show in high school. If you’re in that age bracket, you’ll probably like it too. However, if you’re a little older (and more mature), I’d probably skip this one.

More like American Pie than Friday Night Lights, this sitcom follows a fictional college football powerhouse. Full of over-the-top characters and ridiculous storylines, it takes a look at the lighter side of competitive sports.

Where to Watch: Amazon Prime

One Tree Hill follows two half-brothers growing up in the same small town – separate from one another. Their biological father raised his one son but refused to claim the other.

If you enjoy the pilot, you’ll be happy to know there are 186 more episodes to watch. The show ran for 9 seasons, spanning 10 years across two networks.

While it isn’t sports-related, Outer Banks is a show with a similar coming-of-age feel to Friday Night Lights. Its main characters are high schoolers who find themselves in the middle of a high stakes treasure hunt.

The critically-acclaimed series deals with familial struggles, relationship trouble, and the meaning of friendship. It’s fast-moving, so you’ll get wrapped into the plot immediately.

Each character has an interesting backstory that provides depth not typically found in teen dramas.

Join our newsletter for the best underdog stories in your inbox 👇