We all know what makes a good sports TV show – or movie for that matter – is the dramatic speeches the coach gives with seconds left in the game. These little pep talks quite literally turn the game around and somehow help the team win.

These moments are so powerful that it feels as if those words resonate with viewers just as much as they do with the players. When we see that ball go through the basket with a resounding swoosh, or that football land ever so perfectly into the hands of the receiver, we can feel their excitement and thrill. It’s almost as if we were at that game, or even on the team ourselves.

There is one show that does it best. And I think we can all agree on this one.

If the phrase, “clear eyes, full hearts, can’t lose,” doesn’t ring a bell, then I don’t believe that you have ever watched a sports movie or TV show.

On Friday Night Lights, one of the most iconic shows on television, dramatic pep talks from our favorite Coach Taylor was its bread and butter. Somehow, throughout its five seasons, the writers managed to always do it right.

However, the pep talks were just one of the facets of how Friday Night Lights made an impact on its viewers and made us remember the show for its heartwarming, devastating, and even mundane moments.

While some of your opinions may differ, as an avid Friday Night Lights viewer, here are some of the best quotes from the show – and a description of how they made it one of the most beloved sports shows of all time.

This first one goes unsaid, as it is basically the trademark quote for this show.

This second one really doesn’t have any particular meaning, besides Tim being a diehard Texan, but it always gave me butterflies when he said it.

This third one, while about losing a football game, is actually really important because it applies to so many other things besides football. We all have, and will at some point again, experienced failure. And it sure can be easy to see that failure as the end all be all. However, as Tami said perfectly, there’s always tomorrow, and the next day, and the next. We can’t dwell on the past forever.

Coach Taylor always did have a way with words. Here, he especially encapsulates that the most important thing to do when dealing with hardship is to not only count on those you love and trust but also to count on yourself to get through it.

It’s so simply put, yet so powerful. Sometimes forgiving is the hardest thing to do, but what we all need to remember is that it is also the strongest thing to do.

6. “Every man at some point in his life is gonna lose a battle. He’s gonna fight and he’s gonna lose. But what makes him a man, is that in the midst of that battle he does not lose himself.” – Eric Taylor

This last one is another Coach Taylor quote, but that is unsurprising as this man probably has the most hard-hitting quotes out of anyone in the show.

I think this quote encapsulates the show and its characters as a whole. We see each character go through their own personal battles. They win some, they lose some. But at the end of the day, they are all triumphant in some way or another.

As Coach Taylor said, they never lost themselves.

RELATED: 7 Shows Like ‘All American’ You Need to Watch

Despite the show basically being entirely about football, it still managed to cover many different aspects of life in a very peculiar way. It dealt with marital issues, sexual assault, relationship struggles, faith, mental illness, socioeconomic disparities, and many more hard-hitting situations far past the realm of football.

We learned about each character and how they were all drastically different from one another. We watched them grow and develop as individuals throughout the five seasons. And while they all had their separate lives with separate issues, football was what always brought them together.

The way the show was filmed added to its peculiarity and its ability to invite the viewers into the characters’ experiences. The camerawork was oftentimes shaky, almost mimicking that of a reality TV show. While some may see this as unconventional or unappealing, it made me feel as if I was physically there with the characters in the show.

If you loved Friday Night Lights, check out these similar shows!

If you like underdog stories, you’ll love our newsletter 👇 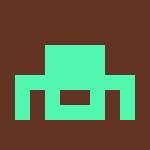