Alex Smith’s Comeback Story: From Near-Death to Leading Washington to the NFL Playoffs 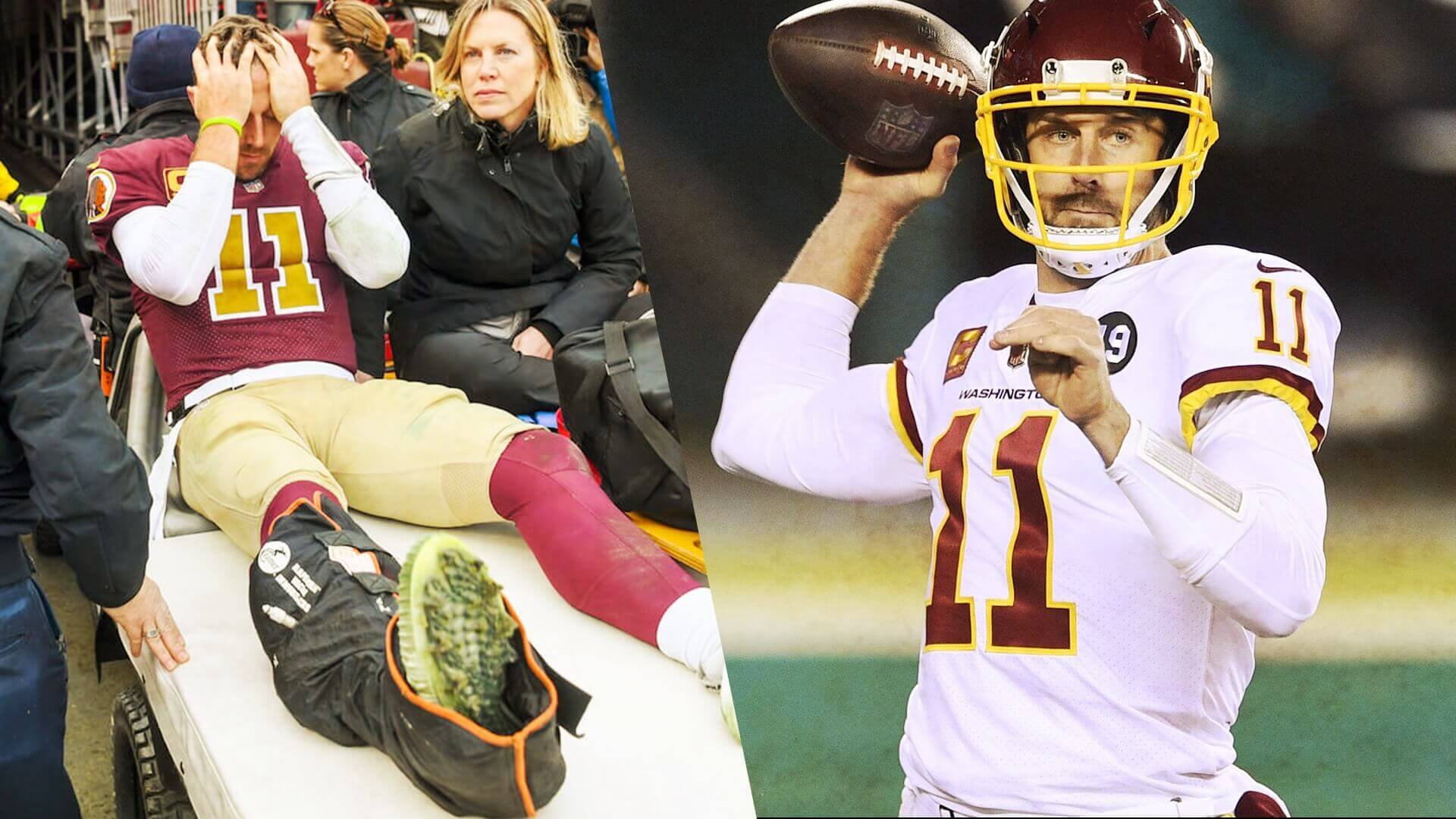 Her blood ran cold as team doctors lifted her husband onto the cart.

“There was bone sticking out of it.”

His leg is enveloped in gauze.

Turns out, the surgery developed flesh-eating bacteria that was quickly eating away at his leg.

While Alex is fighting for his life, his family’s emotions reach a fever pitch.

“I need to know if I’m going to be able to leave this place with him with me,” Elizabeth says.

“I can’t go home to my children without him with me.”

That’s when Dr. West came to her with words she still remembers to this day.

“And anything beyond that is a miracle.”

Alex Smith is the third-string quarterback for the Washington Football Team.

Situated behind franchise QB Dwayne Haskins and formidable backup Kyle Allen, Smith is a mere footnote heading into the 2020 season.

A great story, sure. But will he actually play?

And even if he does, it won’t be in a meaningful game.

After all, Washington is coming off of a 3-13 season.

Alex Smith takes off his helmet, wipes the sweat from his forehead, and slips on a gray and black baseball cap.

Just two years ago, nearly everyone in football said his career was over.

They said he’d be fortunate if he could walk again.

Heck, he’s lucky to be alive.

But while others doubted the possibility of a complete comeback, Smith grew more confident.

He was on a mission.

He worked out at a rehab facility with wounded combat warriors six days a week to build up strength.

He trained after hours at Washington’s facility to keep himself in football shape.

“I’m as optimistic as ever that I can do this,” Smith told ESPN last February.

From near death and near amputation, to leading Washington to the divisional crown, Alex Smith’s comeback is one for the books.

In every underdog story, belief is the key.

No matter how many people say you can’t, the only voice that matters is your own.

This story is an excerpt from The Underdog Newsletter. Get the next issue by joining here.