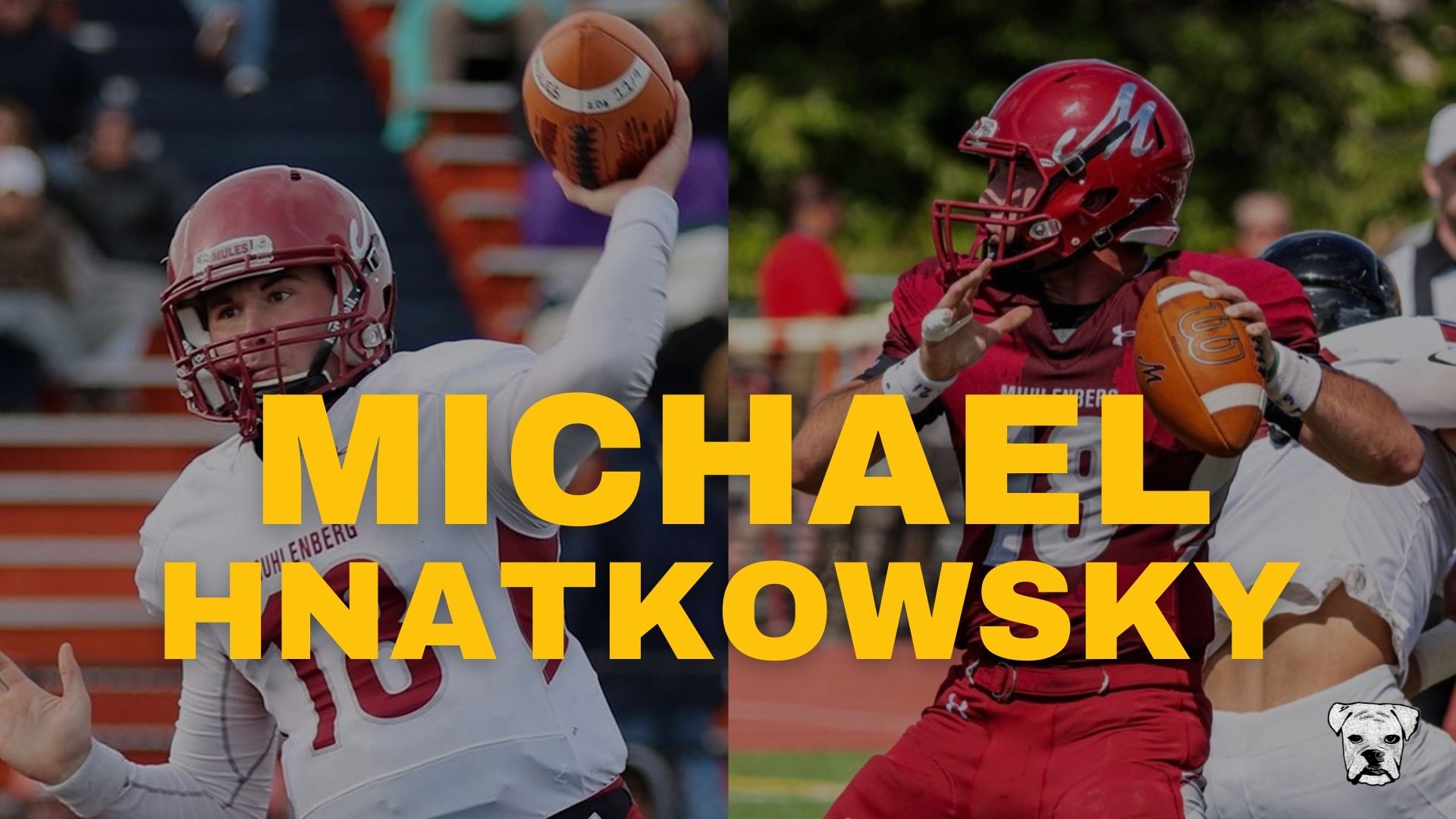 At Scotty Wood Stadium in Allentown, Pa., sits a typical-looking football field. The stadium seats no more than a few thousand fans, and to an unknowing spectator, might seem no different than any other field on a small college campus.

But step off the track – which encircles the football field – and onto the white-painted yard markers, and you’ll find yourself on the turf of one of college sports’ best underdog stories.

Since 2017, Michael Hnatkowsky has put his school’s football team on the map as one of the best programs at the entire Division III level.

Muhlenberg College enrolls fewer than 2,500 students, yet has emerged as one of the elite teams in the entire country.

“Division III sports are unique because you play for the love of the game,” said Hnatkowsky, who graduated in December from the school. “There are no scholarships given at our level so you pay to play. In saying that, you get to experience all aspects of college life. You play football, be a great student, and enjoy yourself.”

Their jolt to the top of the Division III level included an appearance in the 2019 “Final Four”, where the Mules lost a nationally televised game to eventual champion North Central College. With no football played in 2020, Hnatkowsky and co. wasted no time in finding themselves back in the playoffs, this time reaching the “Elite Eight” round in 2021.

Yet again, this year saw the season end in another loss, a grueling defeat at the hands of The University of Mount Union in overtime.

The individual record books for Muhlenberg’s football team have been altered significantly since Hnatkowsky started his freshman year. After setting multiple school records at William Penn Charter High School in Philadelphia, besting those of fellow alum Matt Ryan, he took on a new challenge.

He shattered over a dozen records for a Muhlenberg program that began play in 1900. His accomplishments include the following spots at number one among all-time Muhlenberg football players.

After throwing for over 8,800 yards throughout his first three seasons as the Mules gunslinger, all signs pointed toward Hnatkowsky posting another record-breaking season in his senior year.

Then the pandemic took away the entire 2020 Division III season.

“This was very tough…2020 was a tough year in general, but for us, as student-athletes, it was particularly difficult because we could not do anything outside of our houses,” Hnatkowsky reflected on the lost season.

With football put on hold and campus mostly operating in a remote environment, daily life for Hnatkowsky and his teammates was void of the sport that had formed such a close bond between this group of student-athletes. But due to NCAA rules, student-athletes were granted an extra year of eligibility to use in 2021.

And for Hnatkowsky, that meant finishing what he started.

“I did not think about using my [extra] year at another institution,” he said. “Some talk of the transfer portal was flying around, but for me, Allentown is where I wanted to be for my last season.”

So when Hnatkowsky finally got his chance to live out that senior year he’d hoped for, he made the most of it. By season’s end, he was named the quarterback of the Division III All-American third team, one of four Mules to be recognized as an All-American in 2021.

And although the season ended with an overtime loss to Mount Union, Hnatkowsky understands the big picture of his time at Muhlenberg.

“These last four and a half years have been really special,” Hnatkowsky remarked about his time at Muhlenberg.

“I was able to meet a lot of great people and families and really play competitive football. I was able to graduate from a prestigious institution as well. Most importantly, being a guy who others would follow and go to play with is something I will cherish forever. The success we were able to have truly displayed our hard work over the last four years.”

In January, Hnatkowsky will begin working for an insurance brokerage firm. It effectively marks the end of his football career – at least for now.

While this new opportunity may be away from the field, that doesn’t mean he won’t be prepared for any challenges that lie ahead. Whether behind his offensive lineman or at an office desk, battling through adversity and defying the odds has been a staple of Hnatkowsky’s life.

He may have put up some of the best numbers in all of college football, but anyone can be an underdog. Hnatkowsky has truly embraced this role.

“I am not the biggest, fastest, or strongest person. But I never quit,” Hnatkowsky emphasized.

“At school, our slogan was ‘find a way’. This was something we lived by, and for me, it is not about where you start – but where you finish.”

Author’s Note: All stats are via the Muhlenberg Athletics website.