Tiffany Haddish is One of the Most Resilient Women in Hollywood 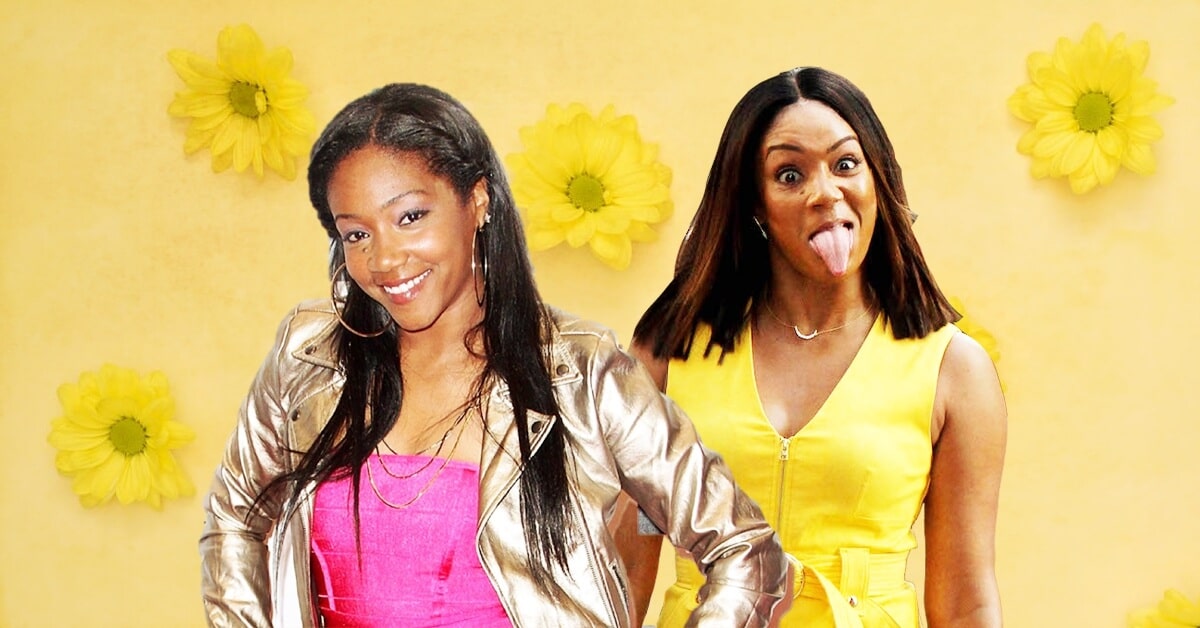 When she was just nine-years-old, her stepfather tampered with the brakes on her mother’s car.  He hoped that it’d kill his wife and her four children.  But instead of going out with their mother that day, Tiffany Haddish and her siblings stayed home.

That’s when their mother, Leola, got in a horrifying crash.

Her head smashed through the windshield, shattering several bones and causing severe brain damage.  After a three-month stay in the hospital, medical experts finally declared her healthy enough to return home to her kids.

Before leaving, a doctor gave Tiffany some brutally honest advice:

Leola had to learn how to walk, talk, and eat all over again.  And much of that fell on Tiffany’s shoulders.  So she juggled school with caring for her mother and looking after her four younger siblings.

During this period of time, Leola had trouble communicating.  Simple instructions became difficult to express.

“She couldn’t get all her words out, so she’d just punch me,” Haddish wrote in her new book, The Last Black Unicorn.

“Because of her I can take a punch like nobody’s business. Teachers would ask, ‘Why’s Tiffany’s lip busted?’ I didn’t say anything. As bad as she was to me, I still couldn’t help but love her.”

She later told Doctor Oz that “…those experiences are what make you stronger and make you appreciate what you have today.”

Unfortunately, it was just the beginning of a sad, slow downward spiral for her mother.  Five years after the accident, doctors diagnosed Leola with schizophrenia.

Haddish bounced around from family to family.

“A lot of times it feels like you’re just a paycheck to a family.  Like not really a person.”

With their mother out of the picture, Haddish inherited the maternal role.  And while she couldn’t be with her brothers and sisters 24/7, she did the best she could.  Although she was alone, she kept tabs on her siblings, often going AWOL to check up on them.

From kindergarten all the way up to high school, Tiffany Haddish kept a big secret.  She didn’t want anyone to know.  And she’d be mortified if they found out.

But despite this glaring obstacle, Haddish managed to hide it from her teachers all the way through ninth grade.  She found creative ways to elude reading out loud.  She’d make noise, cause trouble, and make up crazy excuses.

And when she couldn’t avoid it, she strategized.

After school, she’d ask her male classmates to read chapters to her out loud. She’d also ask the theater girls to act scenes out for her.  Haddish would memorize everything they’d say, and recite it later when the teacher called on her.

“The brain is an amazing thing,” she told Dr. Oz. “When you care about something and when you want to not be outed, or not to look stupid, or not to be made fun of, you will memorize and do whatever it takes to survive.”

Her clever tactics worked for years.  But finally, in ninth grade, her drama teacher figured it out.  So she took action, making Haddish read to her during lunch every single day for an entire semester.

By the end of the year, she gave an award-winning performance in a drama competition featuring Shakespearean monologues.  She was funny too, as her classmates voted her as their Class Clown.

While she conquered obstacles in the classroom, she dealt with another traumatizing experience outside of school.

When she was 17, Haddish met a man at her cousin’s baseball game.  The man lied about his age and offered to introduce her to his younger brother.

Then, on the night of her homecoming dance, Haddish says the man offered to give her a ride home.  But instead, he drove her to his house.

“So we get there…and I see, like, handcuffs and a police uniform and I’m like, ‘What’s that? Is that like a Halloween costume or something?’” Haddish recalled on The Champs podcast in 2017.

“And he’s like, ‘No I’m a cadet, I’m training to be in the police force. I want to end up being a police officer.’ … Next thing I know, I’ve got one arm up in the handcuff, and he’s got me pinned down.”

Haddish says she tried with all her might to fight off her attacker.

“He raped me, he was stronger than me,” she recalled on the podcast, fighting through tears. “It was the worst feeling in the world.”

She later told Dr. Oz, “My naivety and my ignorance and my wanting to believe that everybody is good and believe that people really care about you…is what got me caught up.”

Still carrying the emotional burden of this horrible attack, Haddish needed to make another adjustment.  When she was finally emancipated from foster care, she was — again — on her own.  Without much money or guidance, she had to figure things out for herself.

For the majority of her early career in Hollywood, Tiffany Haddish lived out of her car.

“I made sure that I kept my nails done and my hair done…and then I had a little membership at the gym and the YMCA…that’s how I showered…and I stayed clean.”

In 1997, her social worker gave her an ultimatum — either attend psychiatric therapy or go to the Laugh Factory Comedy Camp.  She of course opted to do comedy, using it as an outlet for her pain.

It was there that she discovered her passion for making people laugh.  So she put her time in, spending years and countless hours honing her craft.

Perfecting the art of commanding the stage and building confidence in the process.

Through her seemingly rapid rise to fame, and spectacular success over the past two years, Haddish has stuck to her mission — making enough money to get her mother out of the mental institution.

Now, Haddish says, every day her mother is getting closer and closer to the way she was before the accident.

A Symbol of Strength

Tiffany Haddish is a proponent and believer in the law of attraction.

“Your thoughts, what comes out of your mouth, your words…it paints how you live.”

Today, she’s one of the hottest rising stars in Hollywood, appearing in major productions alongside comedy titans like Tracy Morgan and Kevin Hart.

She was the first black female comedian to host Saturday Night Live, and won an Emmy for the performance.  Not only is she blazing trails, she’s winning awards along the way.

And this is just the beginning.

Time and time again, Tiffany Haddish has shown remarkable strength in the face of adversity.  Nothing can keep her down.

She’s molded herself into a role model.  A shining example of resilience we should all aspire to.