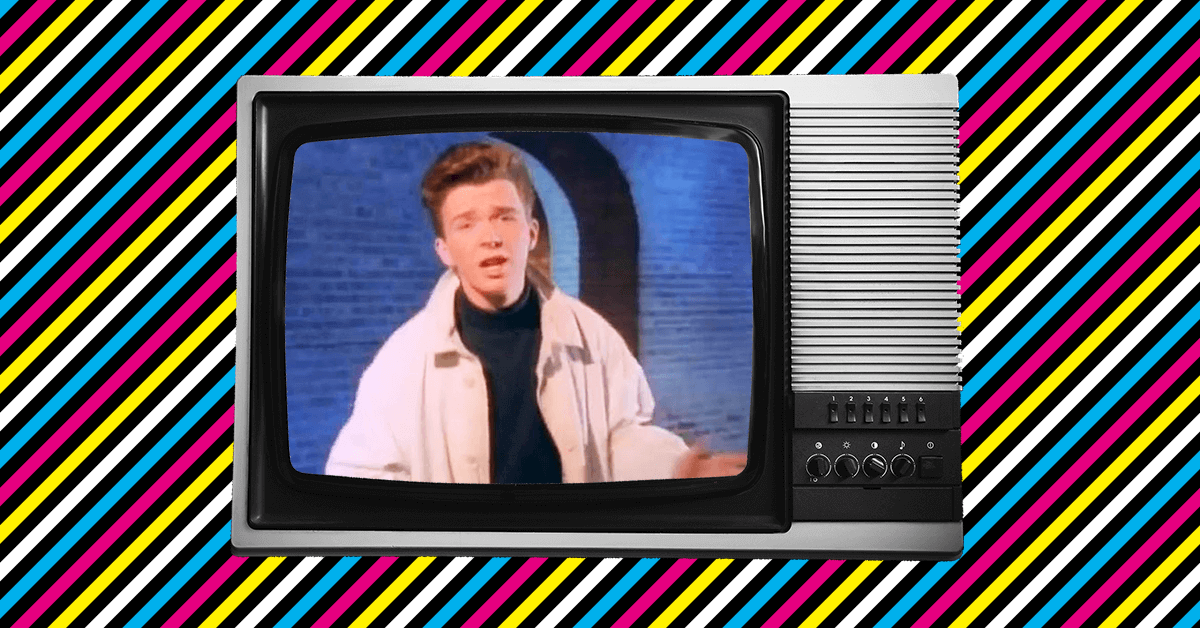 It’s a sunny afternoon. You’re surfing the internet, scrolling through Facebook, when a message pops up. A friend sent you a YouTube link, and he urges you to watch it immediately. So you do. Then, 15 seconds into the video, you’re interrupted by the sounds of 80’s dance pop.

All of a sudden, a young man in a white trench coat is dancing awkwardly across your screen. His deep voice catches you off guard.

“Never gonna give you up, never gonna let you down…”

You’ve been ‘rickrolled’. It’s a phenomenon that spread across the internet ten years ago and still exists today. The butt of the joke? English pop star Rick Astley.

On this day in 1988, Rick Astley unseated George Michael at #1 on the charts with that very song, “Never Gonna Give You Up”.

But it wasn’t all sunshines and rainbows for Astley. In fact, his music career got off to a pretty rocky start. And his rapid rise shocked him more than it did the rest of the world.

Rick Astley was the fourth child in a North West English family. When he was just 5-years-old, his parents got divorced. Raised by his father, Astley began his music career as a choir boy at a local church when he was 10.

Growing up, Astley didn’t do well in school. He didn’t have many friends and didn’t get much attention from the ladies.

“I was the kid at school who nobody noticed,” he said in an interview with The Mirror last year.

At the age of 16, he decided to leave school for good. Instead, he went off to work for his dad. During the day, he was a driver for his father’s gardening business. Then, at night, he’d play drums for a soul band called FBI.

The band won several talent competitions and became well-known in the local area. But that seemed to be their ceiling. After all, they specialized in covering Beatles songs.

Then, in the mid-80’s, the lead singer quit, so Astley volunteered to take over. After finding his footing, he got his first break.

Pop mogul Pete Waterman noticed Astley on stage at a local club, and he liked what he saw. He convinced him to come to London to work at his recording studio.

The job wasn’t exactly high-profile, though. Astley was a tea boy — England’s equivalent of an entry-level office job. He’d fetch tea for the upper-level executives and run any errands they needed.

While some would see this as a setback, Astley saw it as an opportunity.

A chance to hang around some of the brightest minds in music. A shot to further his career and, possibly, achieve his childhood dream of making it in music.

But Astley wasn’t exactly the outgoing type. In fact, he was extremely shy. So Waterman eased him into things, allowing him to get comfortable in this new environment before asking him to take on a bigger role.

“I just got to know everybody and the way they work,” Astley said in a 1987 talk show interview.

After teaching him about the recording process, Waterman finally asked Astley to jump in the booth. His first song was a duet with a female artist named Lisa Carter called “When You Gonna”.

But he kept at it, refusing to give up. That’s when he recorded his first solo offering, “Never Gonna Give You Up”. While he recorded it on New Year’s Day in 1987, the label sat on it for eight months.

“I think it was just waiting for the right time, really,” he said in an interview. “It was just [about] deciding on the song we wanted to release as the first single, because I think that’s perhaps the most important one.”

As it turns out, they picked the perfect song at the perfect time. “Never Gonna Give You Up” soared up the charts and made Astley a world-famous pop star seemingly overnight.

“My life changed overnight. I don’t want to be that famous ever again. I didn’t even want it at the time,” he told The Mirror.

“I’m grateful for it, don’t get me wrong, but I’d rather have had a nice number 10, then a five, then a three. A steady climb. Two weeks previously I was helping my dad assemble garden sheds, then I had a No 1 all over the world – it was hard to adjust to.”

The moment the song became a success, the 21-year-old Astley went on a promotional tour that lasted for years. Whether it was doing media interviews or performing for thousands of screaming fans, his schedule was packed to the gills.

What was the most difficult part of his meteoric rise?

“I just didn’t have time to prepare emotionally,” he explained. “Being famous is pretty damn amazing at times, but it’s also a pain in the arse when you don’t want it. There is no off-button. You could receive devastating news, but you have to grin and bear it if someone wants a photo.”

It’s amazing. One generation remembers him as a famous pop star. Another generation knows him as the face of ‘meme culture’. But to all of us, Rick Astley is an inspiration.

He’s overcome his parents’ divorce, dropping out of school, and personal struggles with shyness to become a star musician. Today, his music videos have over 681 million combined views on YouTube. He can tour the world and play his music for thousands of fans whenever he wants. He never has to worry about money again.

All because he believed in himself, ignored the doubters, and refused to give up. That’s the true meaning of the underdog mentality.