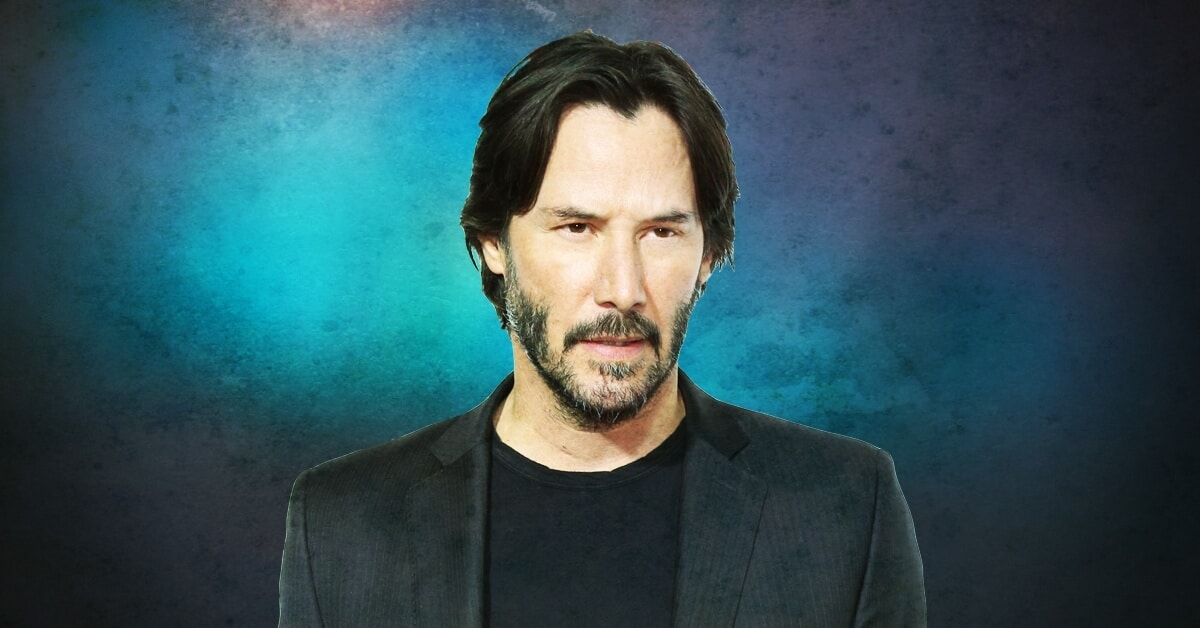 Through over 80 roles spanning four decades, Keanu Reeves is one of the biggest stars in Hollywood. Some might say that his career on-screen couldn’t have gone any better.

But, unfortunately, the same cannot be said for his personal life.

Over the years, Reeves has built a reputation as a genuine, down-to-earth guy.  And it’s difficult to imagine how he’s carried the pain of so many hardships while still managing to remain so humble and kind to everyone around him.

When he was a child, Keanu’s father largely neglected him before abandoning the family completely.  They kept in touch, taking vacations together during school breaks, until Reeves was 13.  After that, his father seemingly disappeared.

During that period his mother remarried several times, moving the family from city to city.

With all the traveling they did, Keanu and his younger sister, Kim, attended four high schools in the span of five years, unable to form lasting friendships.

“We never had anyone to play with us, to watch me riding horses or Keanu playing hockey,” Kim told Woman’s Day in 1999. “But what we always had was each other.”

Kim saw her brother’s passion for acting, and really pushed him to pursue his dream.

Taking her advice, he dove in head first, beginning his professional acting career at the tender age of 15.  By the time Reeves turned 16, he was driving eight hours from Toronto to New York for acting classes.

When she turned 18, Kim moved out to Hollywood, and Keanu followed a short time later.  He slept on her couch while finding his feet, auditioning for various roles across town.

Shortly after moving to the West Coast, Reeves met River Phoenix on the set of I Love You To Death in 1990.  After working on several films together over the next few years, the two formed a very close bond.

“Until that point, I had practically no friends in the film scene because I hadn’t met anyone that I wanted to hang out with privately,” Reeves told Penthouse Magazine in 2003.

On Halloween night, outside of a club in West Hollywood, River Phoenix died of a drug overdose.  He was only 23.

Five years after his best friend’s death, Reeves met Jennifer Syme at a party.  The two quickly fell in love.  A year later, they were expecting a daughter.

Heartbreakingly, on Christmas Eve, the baby was stillborn.  Instead of returning home with a child, the couple needed to make funeral arrangements.

The pain of their collective loss took a serious toll on their relationship.  Soon after, they separated.

Then, eighteen months after their break up, Jennifer Syme got into a terrible car accident.  Under the influence of drugs, and not wearing a seatbelt, she was ejected from the vehicle and died instantly.

Unfortunately, the emotional burden did not end there.  During this time, Kim was fighting a long battle with leukemia.  After many years, the cancer was all but gone.

Then, when he was in Australia filming a Matrix sequel, he received terrible news.  The cancer came back.

So he halted production and flew home immediately to support his sister.  He ended up selling his house and moving in with Kim so he could take care of her.

He cooked meals, prepped her medication, and, when the pain became too much, he sat by her bedside and held her hand.

“Grief changes shape, but it never ends,” Reeves told Parade Magazine in 2006.  “When the people you love are gone, you’re alone.  I miss being a part of their lives and them being a part of mine.”

“I wonder what the present would be like if they were here.  What we might have done together…I miss all the great things that will never be.”

Nowadays, Reeves donates a portion of his salary to various cancer research institutions.  He even set up his own private cancer foundation to help out a few children’s hospitals.

Aside from a handful of interviews, Keanu Reeves remains quiet about his tragic past.

“All you can do is hope that grief will be transformed and, instead of feeling pain and confusion you will be together again in memory, that there will be solace and pleasure there, not just loss.”

Despite the many setbacks, Reeves keeps pushing forward.  Those unfathomable events have developed him into the man he is today.