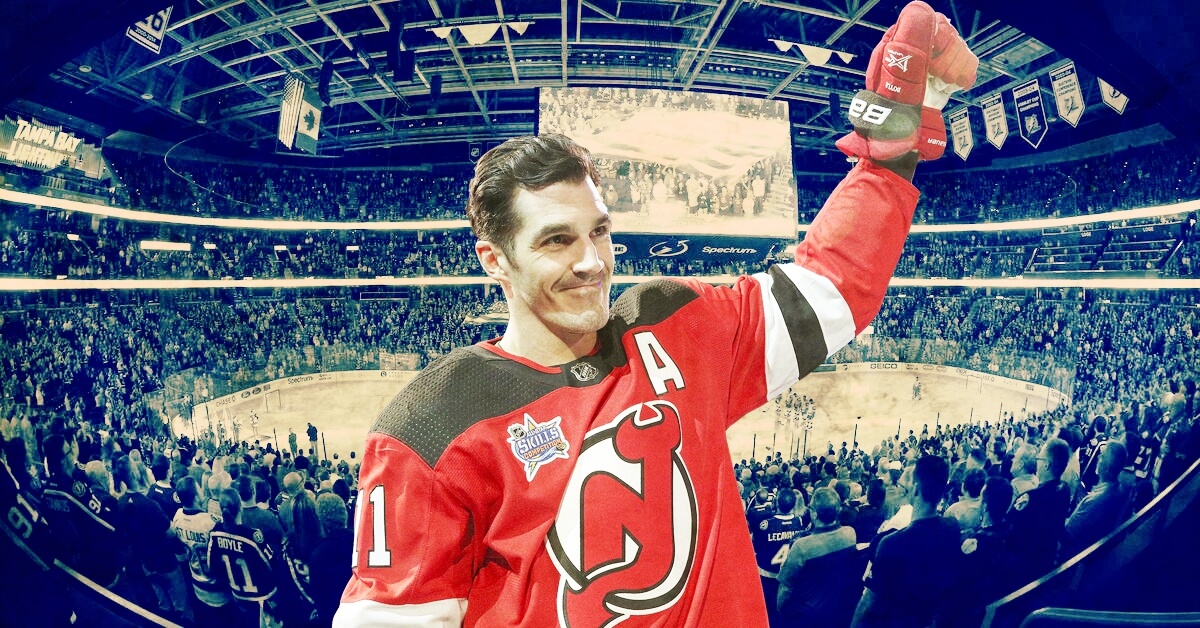 From the outside looking in, Brian Boyle seems like your typical hockey player. Big. Strong. Physical. But he’s so much more than that.

The New Jersey Devils forward is well-known for his ability to win face-offs and haunt the dreams of goaltenders with his giant presence near the crease.

Boyle is one of the most highly-respected players in the NHL. But not just for his play on the ice.

He is a journeyman-type player, fitting into a similar role for five separate teams over the course of his career. Boyle has played in a pair of Stanley Cup Finals, one with the Rangers (2014) and one with the Lightning (2015).

The gritty veteran then found his way to New Jersey, where he signed as a free agent on July 1st, 2017.

And that’s where his story truly begins.

Boyle’s journey is bigger than hockey. Facing a major setback, he refused to let it stop him from playing the game.

During training camp of the 2017-2018 campaign, Brian Boyle received heartbreaking news — he’d been diagnosed with chronic myeloid leukemia, a type of bone cancer.

The New Jersey Devils were deeply saddened by this news and allowed Boyle to take his time and make decisions that would be best for him and his family. Boyle, however, powered through.

The cancer was treatable with medications and Boyle remained intent on playing hockey at the highest level.

The veteran forward made his debut for the Devils on November 1st, 2017 — just a few weeks after his diagnosis.

Boyle’s dedication to a team that he’d never suited up for was remarkable. And the Devils welcomed him with open arms. The team played phenomenal hockey throughout the season, earning their first trip to the Stanley Cup Playoffs since 2012.

Brian Boyle was a leader and a steady veteran presence in the locker room. And his on-ice production was there too. The forward was good for 23 points, his 4th highest point total in his 11th season.

Boyle also earned himself a trip to represent the Devils and play in the 2018 NHL All-Star Game alongside Taylor Hall. At the end of the 2017-2018 season, the veteran forward also received the Bill Masterton Memorial Trophy — an award that represents perseverance, sportsmanship, and dedication to hockey.

The once lightly-decorated veteran now had a few more accomplishments to add to his collection, all while battling cancer.

The 2018-2019 campaign, however, has delivered Boyle quite possibly his greatest gift of all. On October 24, 2018, Brian Boyle announced that his cancer was gone. “It’s full molecular remission,” he told NHL.com.

He defeated the horrific disease that attempted to take over his body. Boyle did not let his diagnosis take over his life. Instead, he attacked the issue head-on.

He went through the medical processes and stayed strong throughout, playing the game that he loved.

Brian Boyle is an inspiration to us all. Not only has he fought his own cancer, but he’s inspired others to do the same.

He is a role model for children with cancer across the country and he is an advocate for #HockeyFightsCancer along with his wife, Lauren, who is an ambassador for the cause.

All in all, Brian Boyle’s journey is nothing short of heroic.  We can all learn something from his mental toughness and perseverance.