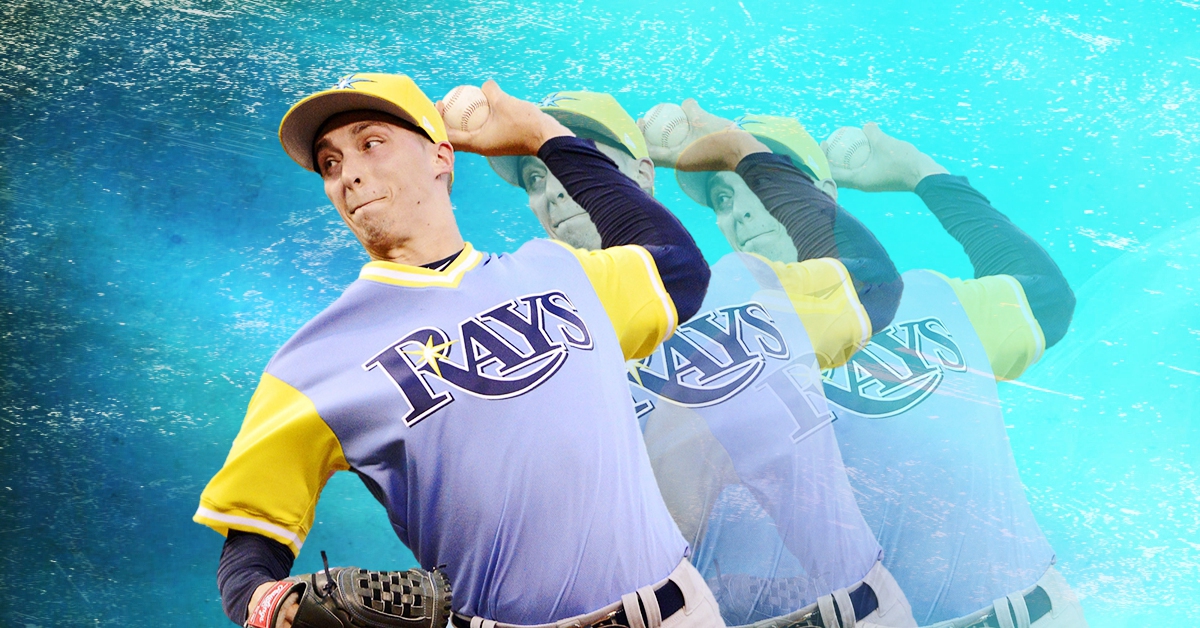 Manager Kevin Cash implemented the controversial strategy for a team that struggled mightily to maintain healthy starting rotation. They opted to utilize their pitching staff differently than any other team, hoping to take pressure off their young and inexperienced starters.

However, the Rays had one pitcher that did not need the opener. He goes by the name of Blake Snell. And he is your 2018 AL Cy Young Award winner.

But Blake Snell is far from your typical underdog story.

Born in Seattle, he grew up in Washington, attending Shoreline HS in Shoreline, WA. He succeeded mightily — posting an 8-0 record in his senior year with 118 strikeouts. This led the Rays to select the impressive southpaw in the first round of the 2011 MLB Draft.

From there, Snell played rookie ball for two years and shot up to Single-A in 2013 at just 20-years-old. It was clear that Snell had top-notch stuff, but at times he lacked control.

He found his groove in 2015, where he had stints in AAA, AA and A+. By the end of that season, it seemed he had nothing left to prove. He was ready for The Show.

On April 23rd, 2016, Blake Snell arrived in New York to make his major league debut against the New York Yankees. Under the spotlight of the national media, he exceeded expectations, striking out six hitters and allowing just one earned run across five innings.

After a remarkable debut and a respectable rookie season, the Rays were thinking they had their next lefty stud.

Unfortunately, great things do not come so easily.

Baseball fans had high hopes for the young southpaw heading into the 2017 season, but quickly learned the young pitcher was not performing to his talent level. Snell was dealing with issues both on and off the field, limiting his performances on the mound.

He struggled with his command of the strike zone and his ERA hovered around 5.00 — not ideal for a team that prides itself on pitching.

In May of the 2017 season, the team ultimately decided to demote Snell to the minors.  By the time the Rays got around to taking their team picture, Snell was already in North Carolina, donning a Durham Bulls uniform.

Most players are unable to deal with such a move in a positive manner. Snell, however, saw it as an opportunity to figure things out.

“I wasn’t mad…I knew I wasn’t the best me I could be,” Snell told Expanded Roster’s Gary Phillips. “So, when it happened, I wasn’t frustrated or anything….I was excited because I knew I was going to be able to clean things up.”

He made some mechanical changes and worked his way back to the bigs towards the end of June.

“From that time he got called back up, we’ve kind of seen a different person.” manager Kevin Cash said in the interview.

The southpaw salvaged his numbers for 2017, posting a 2.84 ERA over his final 10 outings of his sophomore campaign.

The 2017 demotion was not a death sentence, but rather the birth of his 2018 AL Cy Young Award season. He continued to focus on his game, bringing the same intensity and drive to each of his starts in 2018.

His teammates, who refer to Blake as “SnellZilla”, cherished him the entire season, being one of the few pitchers on the staff to take the mound every five days.

Given the Rays’ lack of rotation depth, the team leaned on the 25-year-old heavily. And he did not disappoint on the way to his first, and probably not last Cy Young Award.

SnellZilla’s 2018 campaign is one to remember. He posted the most wins in the American League with 21 and finished the year with a 1.89 ERA, carrying the small-market Rays to a remarkable 90-win season in the bruising AL East.

From a Triple-A demotion to a Cy Young season in less than 18 months, Blake Snell has surely proven the doubters wrong.