Jessica Mendoza: The Legend, The Pioneer, The Trailblazer 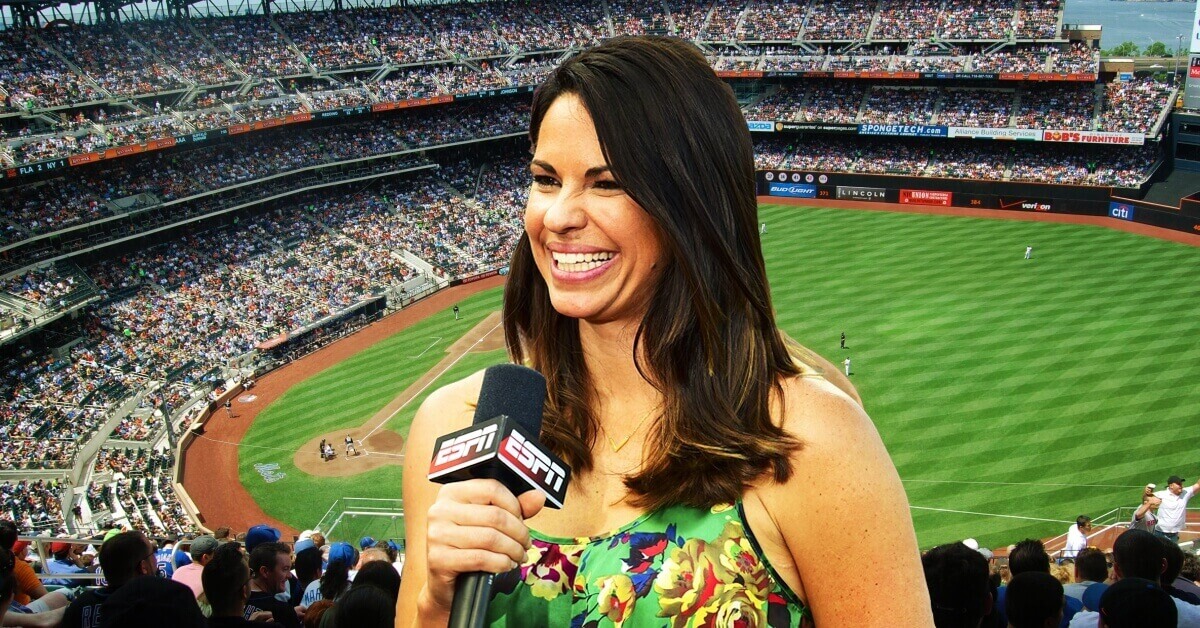 A four-time All American at Stanford University, she still holds Cardinal records in batting average, hits, stolen bases, runs batted in, and career homeruns. Mendoza played professionally for National Pro Fastpitch League (NPF) and for the U.S. Women’s National team. She also won Olympic gold in 2004 and silver in 2008.

Her experience, knowledge and passion for the game is undeniable. However, her underdog story begins outside the softball field.

It’s no secret that softball players need to consider a life outside the lines. With just six teams in the NPF, seasons last just three months — June through August — and professional softball players make approximately $5,000 to $6,000 per season.

The New York Times reported that some softball players make $20,000 per season. Even on the high end, it is not a livable wage.

These players rely on sponsors, softball camps, and other jobs to supplement their professional salary. Fully aware of the stark reality, Mendoza had plans to move to Washington D.C. to work in politics and education reform.

After completing her undergraduate studies in 2002, she stayed another year at Stanford to get a master’s degree in social sciences and education.

In 2007, destiny had other plans for Mendoza. While playing on the national team, Mendoza was approached by ESPN about auditioning for one of their softball analyst positions.

The Worldwide Leader in Sports was looking to expand their softball coverage, and Mendoza was a great option. They loved her charisma from past interviews.

She auditioned and got the job.

Along with her color commentary during the Women’s College World Series, she served as a sideline reporter for ESPNU for several years.

Jessica Mendoza quickly realized that she enjoyed working as a color commentator and expressed interests in expanding her role at ESPN.

In 2014, her first opportunity came when she landed a spot on Baseball Tonight. She appeared both onsite and in the studio. On June 16th, 2015, Mendoza became the first female broadcaster in the booth for ESPN’s College World Series.

All of Jessica Mendoza’s success has not come without judgement. She is the first woman to enter this male-dominated field. Of course, there are pressures and scrutiny that come with that.

There are baseball fans that do not particularly enjoy hearing a woman’s voice during Sunday Night Baseball.

After Mendoza’s broadcasting debut for MLB, she faced criticism and backlash regarding her gender. When asked how she deals with sexism during an interview with ThinkProgress, Mendoza shares that she has learned to laugh it off:

“My mom got mad because some guy said, ‘you belong in the kitchen’ and that made me laugh.”

While she’s learned to shrug it off, Mendoza still wants to get to a point where her gender is no longer a cause for criticism.

In an Allure interview in 2015, she shared that, “It would also be really cool to just get to the point where people think, ‘Oh wow, she knows her stuff. And he knows his stuff.’ It should be common knowledge that women and men can talk about sports.”

Unfortunately, we are not currently at a point where average citizens can accept a woman’s analysis in the sports world. But there are sports professionals who are ready to listen.

Mendoza has the respect of her peers and the players in the MLB. Her hard work is not going unnoticed and she continues to break through the gender barriers.

The Trail Is Blazed

Jessica Mendoza (@jessmendoza) will join our baseball operations department as an advisor to the team. #Mets

On March 5th, 2019, news broke that the New York Mets hired Mendoza to their front office as a baseball operations advisor.

Mets GM Brodie Van Wagenen said at First Data Field in Port St. Lucie, “Jessica has a very high baseball IQ. She has aptitude to learn anything. And she knows the game. Like Al Leiter, like David Wright, like John Franco, she’s a winner. She played the game at an extremely high level, an Olympic champion.”

All the success that Mendoza’s had has hardly been a walk in the park. She’s worked hard for every opportunity, faced criticism due to her gender, and has still thrived.

If you are expecting her to slow down, don’t hold your breath.

Jessica Mendoza will continue to fight for herself and for all the young girls watching her.

For those of you that are somehow still doubting her, I am going to leave you with this quote from her interview with University of Nebraska MAIAA because she is definitely not done:

“Once the trail is blazed, it’s up to me (and other women in sports) to keep doing a good job for the next generation.”