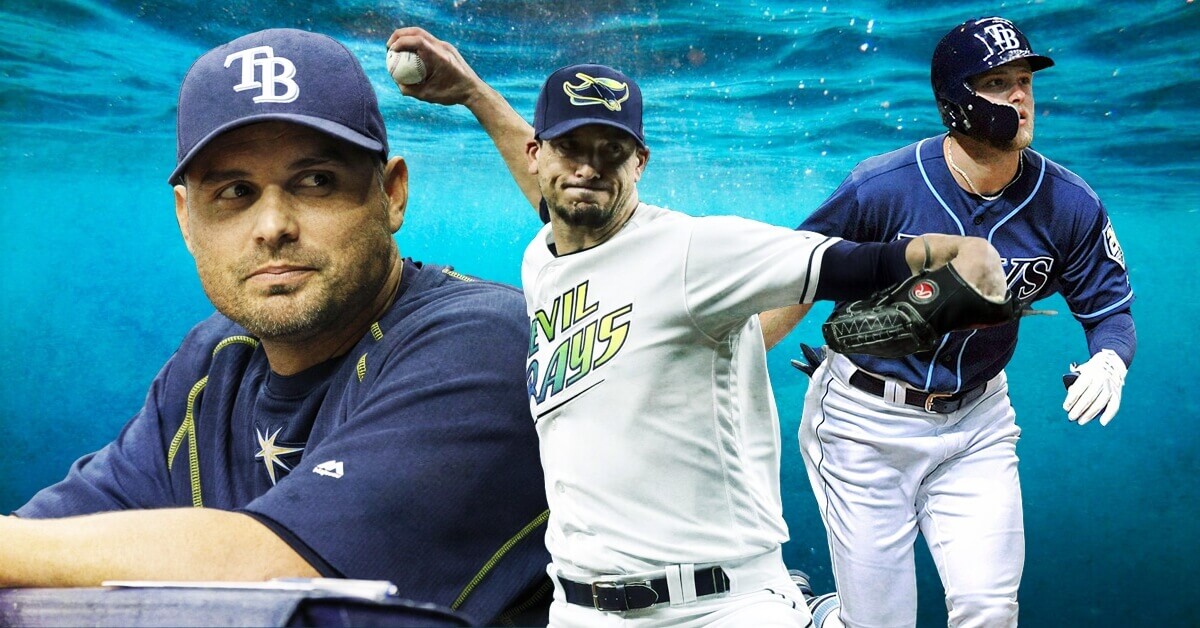 If I would have told you that after last season when the Red Sox won 119 games en route to their fourth World Series Championship in 15 years and the Yankees won 100 games that the Tampa Bay Rays would be leading the AL East heading in May of the 2019 season, you would have called me crazy.

Well, call me crazy because the Rays have taken the baseball world by storm with underrated free-agent signings and prudent development of their farm system.

Let’s not forget this is a team that plays in St. Petersburg, Florida in one of the worst stadiums known to man. A team that won 90 games last year but failed to reach the postseason because of the two behemoths in its division.

That’s like an NFL team going 11-5 and not making the playoffs.

Since 2010, only four major league teams have produced five 90-win teams: the Dodgers, Yankees, Red Sox, and Rays. How can a team with a payroll dwarfed by the big-spending clubs like the Red Sox, Yankees, Dodgers, and Cubs compete year-to-year?

Because they maximize their role as an underdog.

The Rays brass hired manager Kevin Cash, a career back-up catcher and minor leaguer with a sharp baseball acumen perfect for the lineup of castoffs, misfits, and undervalued players.

While possessing unrecognized players, Cash and the front office always believed these guys could compete and they’ve dominated thus far this year.

Marc Topkin of Tamps Bay Times writes why Cash is the pulse of this team according to Rays’ GM Erik Neander:

“[Neander] talked about how the Rays play – hard, with energy, for the most part the right way — and how they want to play for Cash, all traceable to the example Cash provides with his own ultra-competitive personality, zest, consistency in approach, even authenticity.”

“It just makes him real,” Neander said. “It allows him to motivate internally to a wide assortment of people.”

While the foundation of the Rays’ competitiveness starts from the top, their success on the field begins with their day-one starter and reigning Cy Young Award winner, Blake Snell.

In early April, Snell faced the Colorado Rockies and threw seven scoreless innings, striking out 13 batters for a shutout 4-0 win. While he’s struggled as of late, do not count out a player like Snell. He’s the epitome of an underdog on an under-appreciated team.

Despite missing much of the second half of last season, Boston’s Chris Sale was considered by many as the frontrunner for the Cy Young even though Snell stayed healthy and dominated all year. Behind him in the rotation is the oft-ignored workhorse Charlie Morton, and the up-and-coming young star, Tyler Glasnow.

Snell will bounce back because of his supporting cast, just as his team has done so time and time again.

No one player will jump out at you on the Rays as it relates to raw talent and pomp and circumstance like a Bryce Harper or Manny Machado. Instead, the Rays have signed and developed players with a high baseball IQ and a desire to win.

This has not been easy approach to believe in after looking at the short, but dismal history of a Tampa Bay Rays organization.

From Obscurity to Prominence

The franchise began in 1997 in an area called St. Petersburg, Florida, a city most known as a relocation site for struggling baseball teams.

In hope of energizing a small Florida city about the prospect of Major League baseball, the Devil Rays signed Tampa native and future Hall-of-Famer Wade Boggs. But the spark of excitement of the Boggs signing waned like a summer moon. The Rays struggled, posting a losing record in each of their first ten seasons.

They finished dead last in the AL East in every season except for one when they finished second-to-last. Something needed to change for this floundering organization, and some may say it started with a simple name change.

After the ’07 season, the team shortened its name from the Devil Rays to the Rays. And just like that, with the addition of a Mike Scioscia disciple, Joe Maddon, as the new manager, the Rays shocked the baseball world and made it all the way to the World Series in 2008.

On the backs of young phenoms like Evan Longoria, David Price, Scott Kazmir, Matt Garza, and Carl Crawford, this Rays team blossomed as they achieved their greatest season in franchise history.

Although the inexperienced Rays were no match for the star-studded Phillies in the ’08 World Series, that almost forgotten baseball team in St. Petersburg put themselves on the map.

To the rest of the baseball world, they were now a team to be respected.

The Rays have been relevant ever since, even in their losing seasons.

They won 90 games last year and somehow missed the playoffs. But if they played in the NL East last season, they would’ve been tied for first place with the Atlanta Braves, forcing a one-game playoff.

This just shows how formidable the Rays have become since those days of irrelevance in the late 90s and early 2000s.

“I think the hope, the desire is to keep this going for a while,” he said.

“We’re starting to see the page turn. We believe the future is bright and ideally this is something we all see through together.”

The future is bright for this once forgotten major league team. From obscurity to prominence come the Tampa Bay Rays.