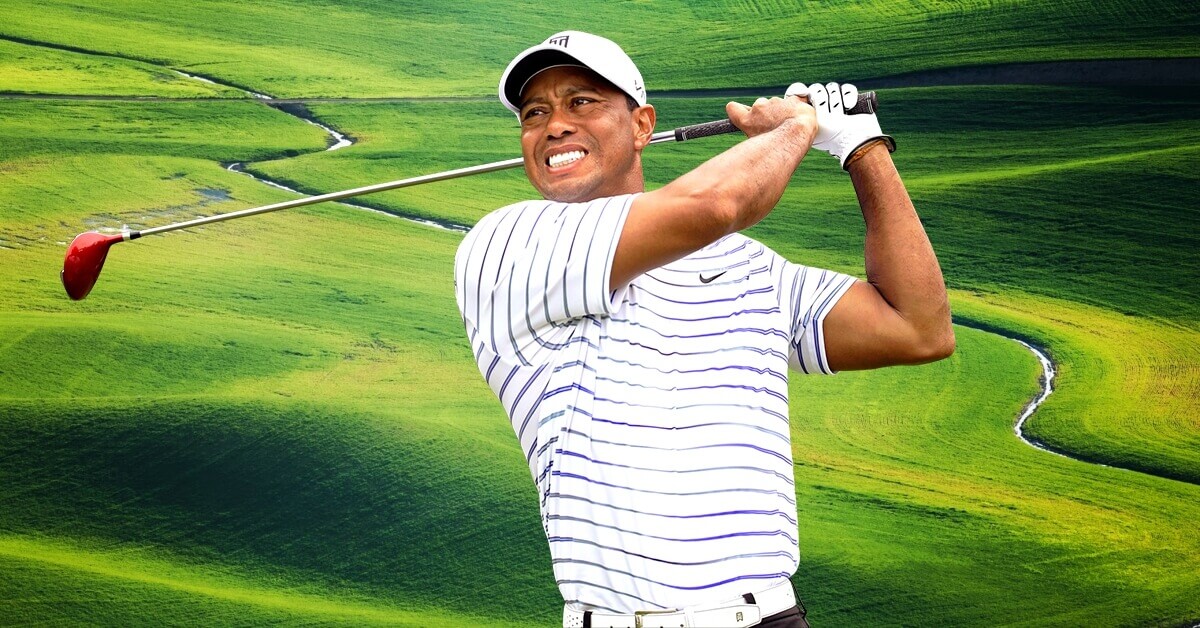 2019: Makes the ultimate comeback to win the Masters, his first major since 2008.

Call me crazy for writing a piece calling Eldrick Tiger Woods an underdog. That is fine. I can live with being called crazy in this instance because Woods has endured and overcome a heavy dose of anguish and pain since that fateful Thanksgiving night in 2009 when his downfall began.

Was much of it his fault? Absolutely.

He was arrogant, volatile, and disrespectful in many aspects of his life. He hit rock bottom and realized he needed to change his manner of living. While Tiger struggled to piece his life back together, returning to the golf course wasn’t even a thought.

What is so unique about the human experience is that we give second chances, an opportunity to redeem oneself and change for the better. Society allowed Tiger another chance. The world wanted to root for him again — if he ever returned.

In April of 2017, at the Champions Dinner in lieu of the Masters, Tiger needed a nerve block to help him sit in a chair as a result of a lower back fusion surgery. This was just one of his many injuries since his apex in the golf world.

In addition, in May of 2017, Tiger got arrested for a DUI in Florida, forcing him to enter a treatment program. Many believe that his substance abuse was triggered by his public and nasty divorce from his wife, Elin Nordegen. The divorce exposed Tiger’s sickening infidelity stories that would make anyone cringe.

“It was not a fun time,” Woods said last week, after receiving the Ben Hogan Award, given to the comeback player of the year, at the Golf Writers Association of America dinner in Augusta.

While 2009 to 2017 was Wood’s rock bottom, he aspired to be a functioning human being again, not at the time believing he could ever return to competing for Majors.

When Tiger attempted to return to golf, he tried out his driver. The ball traveled 90 yards. To put that into perspective, Tiger’s longest drive in his career was 498 yards.

“Golf was not in my near future or even the distant future,” Woods said. “I knew that I was going to be a part of the game, but play the game again, I couldn’t even do that with my son Charlie. I couldn’t even putt in the backyard.”

In December of 2017, Woods, who was once ranked #1 in the world for 281 consecutive weeks, sat at 1,199th. Yes, Woods is in the same conversation with Jack Nicklaus as the greatest golfer and has been the most dominant golfer since Nicklaus.

So how in the world can I call Tiger Woods an underdog?

Because every time he’s fallen down, eventually, he’s gotten back up. Through his injury, divorce, and overall lost identity, he has not lost his drive to live a good life, let alone concerned with his future in golf.

Because of the indomitable will of human spirit that Woods possesses, he returned to the game he loved. He returned as a man, instead of the prima donna he was when he stood atop the golf world a decade ago.

I will forever remember what I saw the day that Tiger walked to the 18th green at the Tour Championship in Atlanta in 2018. He was about to win his first tournament since 2013. As he basically levitated off the ground to the 18th green, a swarming crowd followed behind him like he was Moses parting the Red Sea.

We all loved Tiger because of his dominance in the 2000s and how he transformed golf, but that day we all rooted for him for a different reason. Every human has experienced extreme adversity, and when we saw what Tiger went through, we wanted to give him a second chance and believe in him again.

Yes, he has always had an aura about him that we gravitated towards. But in Atlanta in 2018 and Augusta in 2019, we rooted for a man that has been through it all.

With so much bad in the world, a feel-good story helps us keep faith in humanity. And on Sunday, April 14th, watching Tiger win his fifth Green Jacket gave the world something good. A changed man to rally behind.

With the heart of champion, Woods is back on top, but humbled by the moment of victory:

“It’s unreal for me to experience this,’’ Woods said in a television interview after his win on Sunday. “It was one of the hardest I’ve ever had to win just because of what’s transpired the last couple of years.”

As Patrick Reed, last year’s Masters winner, put the jacket over Tiger’s shoulders, Tiger spoke two of the most appropriate words for the moment, “It fits.”

It is truly fitting to have him back in our lives because he represents how even the greatest can fall, but can rise again and persevere.

Tiger, you are an underdog in every respect for how you faced adversity head on and changed for the better.

For that, you deserve our most sincere golf clap.