If you’re an all-around sports fan or looking for a new team and city to cheer on, ‘Places to Go/Teams to See’ is a must-read series for you. The series will highlight cities and teams from across the globe in each of the major sports.

You might even find yourself a new favorite team!

The Stanley Cup Playoff is among us, so it is only right that we start this series with the NHL and the excitement that it brings its fans.

Here are the power rankings for the best NHL cities: 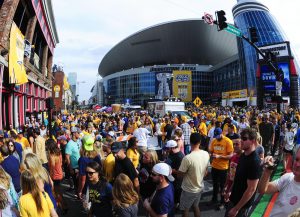 Nashville, Tennessee is sometimes referred to as ‘Music City’, home of the Country Music Hall of Fame. In addition, it’s known for having arguably the tastiest barbecue in the USA.

As far as hockey goes, the Nashville Predators are one of the elite teams in the league. Although they fell in Game 7 of the Western Conference Semifinals, the Predators notched the most points in the NHL this season with 117.

In other words, they were fantastic. They have big-time players such as, P.K. Subban, Pekka Rinne, and Filip Forsberg. All three players are exciting to watch and there’s always a sea of yellow in the Bridgestone Arena cheering them on.

Not only are the games riveting and the crowds electric, but you can enjoy the Bridgestone Arena’s famous hot chicken mac & cheese, turkey meatloaf burger, and — last but not least — catfish fingers. Speaking of catfish, don’t be surprised if you see other fans with them!

Overall, going to see the Nashville Predators should be on your to-do list. The Predators are a fun team to watch and the city is filled with entertainment 24/7. Head on down to Nashville and enjoy top-notch hockey, munch on high-quality barbecue, and take in the tunes of Music City.

What happens in Vegas, stays in Vegas. Am I right? If you live in the United States and have a pulse, you probably have at least some idea about what goes on in Las Vegas, Nevada.

The city is known for its 24-hour casinos and vibrant night life on what is known as the Strip. In addition, there are a multitude of fancy hotels such as the Bellagio and the New York-New York, a hotel with a roller coaster!

Yes, the nightlife is appealing, but the Vegas Golden Knights are the new show in town. They finished the 2017-2018 regular season at the top of the Pacific Division with 109 points and are currently in the Western Conference Finals. 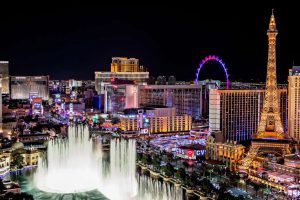 If you need a new team to follow, the Golden Knights are it. They are an expansion team in their first season in the NHL and they have been nothing short of spectacular. The roster features All-Star goaltender Marc-Andre Fleury and exciting young talent in William Karlsson and Jon Marchessault.

People come from a variety of places to cheer on their team, and with their success this season, the attendance numbers can only go up. Between the vibrant nightlife and great hockey, Las Vegas should be your next destination as a sports fan. Enjoy the Strip and don’t forget to bet on the Golden Knights! 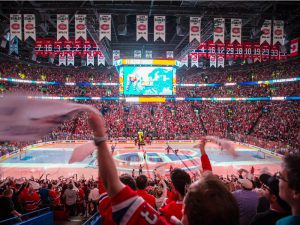 If you’re not sure how you feel about hockey, head across the border to Montreal, Quebec and visit the Belle Centre for a Montreal Canadiens game.

The Canadiens have the richest history in hockey and are the only team to exist prior to the founding of the NHL. They pride themselves on winning, with 24 Stanley Cups to their name, more than any other NHL franchise.

The city of Montreal is mainly focused on hockey, but it has much more to offer. There are museums spread throughout the city and art to admire on every corner.

Downtown Montreal is flooded with a busy nightlife filled with clubs and bars near a breathtaking view of the waterfront. Montreal seems to always have an electric atmosphere to it.

The electric atmosphere carries on into Montreal Canadiens games. The Canadiens have arguably the most loyal fanbase in sports. They finished the 2017-2018 season with the third worst record in the Eastern Conference and still maintained the best attendance percentage in the conference.

It’s quite evident that the fans are dedicated to backing their team no matter what. Near sell-out crowds game in and game out provide a great deal of excitement throughout the stadium. Montreal is a bona fide hockey city and is certainly worth the trip for any fan.