Top 5 Most Underrated Sports Stadiums in The World 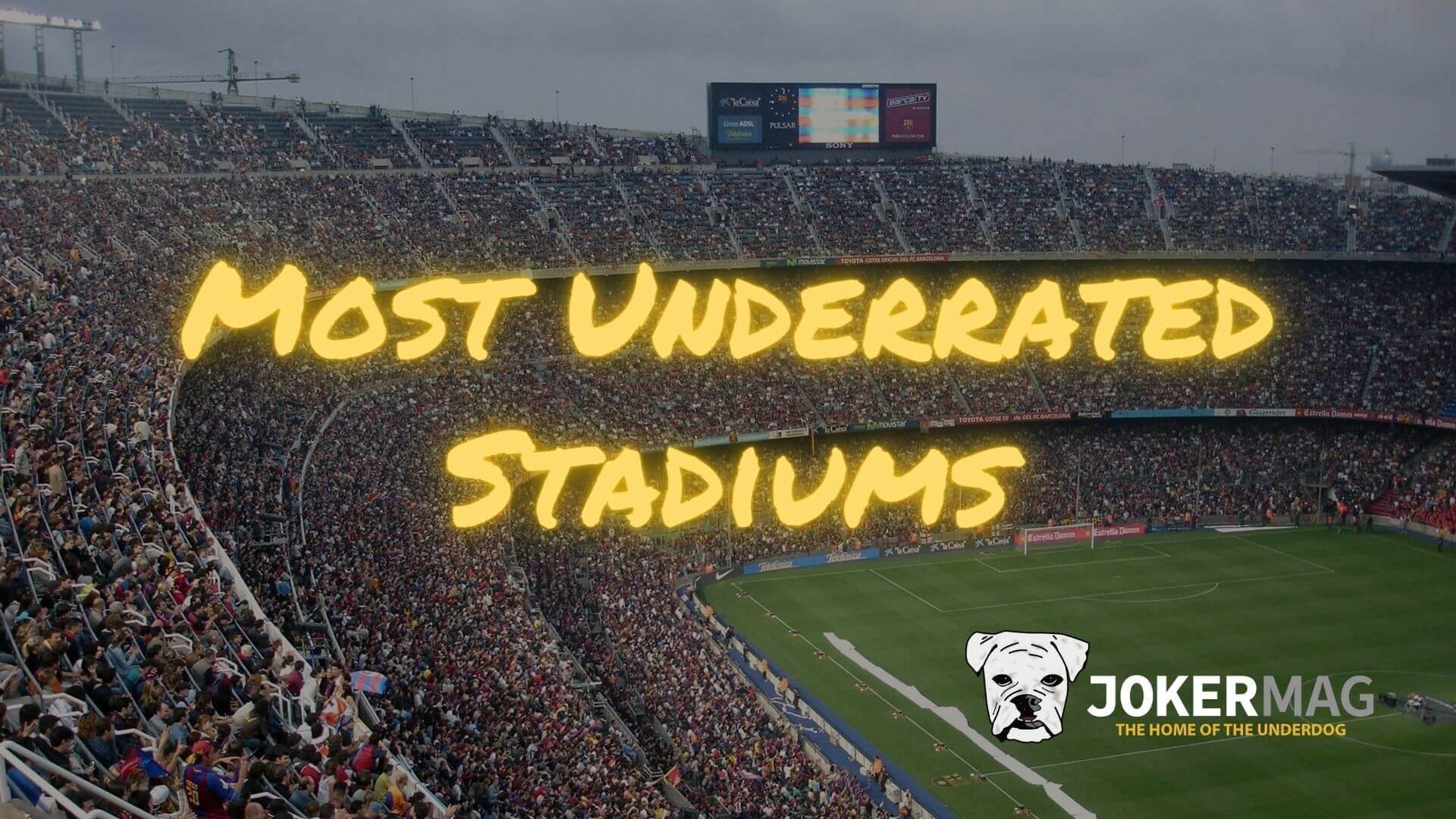 Sports stadiums used to have a much longer shelf life. What was once a home has come to feel like apartment shopping, as some teams that played in their original stadium for the better part of the 20th century now find themselves moving twice in 30 years.

As team owners look for ways to keep up with the Jones’ (both the Jerry Jones’ and the metaphorical Jones) and get the flashy headlines for a new stadium, let’s take a look at some of the coolest and most underappreciated stadiums.

Rogers Centre (but it’ll always be the SkyDome) – Toronto, ON

You’d think a stadium that shows up on every postcard and every skyline graphic, that somehow shares the spotlight with its 1,815-foot neighbor, whose very name is still a source of citywide pride (despite it not technically being the name anymore) would never find itself on someone’s “demolish and replace” list. But somehow, Toronto’s SkyDome, er, Rogers Centre, does not have the reputation it once did.

It’s hard to imagine just how big of a deal the SkyDome was when it opened in 1989. The SkyDome had the first full-retractable motorized roof – fans would go to games somewhat hoping it would rain, because the engineering marvel was part of the show.

The SkyDome went further than any other stadium of its time in integrating hospitality and entertainment. Two decades before LA Live made the “master-planned community” design of sports venues industry-standard, SkyDome built a hotel that had rooms that were part of the outfield wall.

Manny Ramirez and Jose Canseco came closest to hitting a home run onto someone’s bed. Adjacent to the hotel in right field, SkyDome had a Hard Rock Cafe when those things were still cool and trendy (raise your hands if you collected Hard Rock t-shirts. Be honest.).

SkyDome has not lost any of its edge with age. It doesn’t feel old or outdated. It’s not missing any must-have features that are cutting into the fan experience. Fans can appreciate the SkyDome without any of the history or nostalgia. And when you’re arriving in Toronto by car, plane or train, the SkyDome is as much of that “Ahh, Toronto!” moment as the CN Tower.

No, really, we don’t have a weird obsession with Hard Rock. Miami’s stadium is one of the smallest in the NFL, seating just over 65,000. With the addition of the partial open-air canopy in 2015, it feels even smaller, almost like a European soccer stadium. And that’s what makes it work.

Fans in the Hard Rock Stadium feel close to the action and each other. The layout makes the players feel like they are surrounded by walls of fans, and the roof traps in the energy and noise.

One of the common gripes about the Hard Rock Stadium is that – like the SkyDome – it was built for multiple sports. Dolphins owners Joe Robbie – for whom the stadium was originally named – built the stadium to accommodate baseball and soccer, and it was the home of the Miami Marlins from 1993-2012. That’s probably why it doesn’t feel like an NFL stadium, and maybe why it’s fallen out of favor as more leagues are demanding sport-specific stadiums and fewer teams are willing to share with other teams or sports.

While some hard-core fans of one sport or another will point out that the stadium isn’t perfect for their sport, Hard Rock Stadium works precisely because it has a little of everything. It doesn’t have that cookie-cutter feel of a football stadium, a soccer stadium or a baseball stadium because it’s all of them and none of them. It’s a stadium.

While we’re talking about soccer stadiums and Florida NFL teams, let’s take a quick jump across the pond to London.

Craven Cottage is the home of Fulham FC, which is owned by Shahid Khan, who also owns the Jacksonville Jaguars. Craven Cottage is almost frozen in time as waves of international money remake the English soccer landscape. It retains many of the features that it had when it opened in 1905. When Khan made a major investment in renovations and developing the area around the stadium into the mixed-use Fulham Pier, he ensured many of the most recognizable features stayed in place.

Fans of the Cottagers know what they have, both in their stadium and an owner who respect the place and its traditions. Sports fans and developers worldwide should tip their caps to Fulham and Khan, as well, before they get any ideas about revving up the bulldozers and construction crews in their town.

Sure, the place is cursed. Yeah, it’s a bit of a drive from just about everywhere. No, there’s not much around it, unlike the other sports stadiums in town that are at the heart of everything. Even so, there’s just something about Highmark Stadium that makes you want to…well, maybe not jump off your truck onto a flaming table, but definitely have a great time in subzero weather tailgating and then watching a Bills game.

The Bills’ stadium has been underappreciated almost since the day it was opened. The paint was still fresh on “Rich Stadium” and people were already saying “Buffalo should have a domed stadium close to downtown, not an open stadium in Orchard Park.”

None of those comments ever made much of a difference on game day, as the sprawling parking lot became one of the best all-weather – and, boy, do we mean all weather – pre-game spots in football.

The Bills’ current owner, Terry Pegula, is reviving the new stadium conversation, which once again involves something on Buffalo’s Lake Erie waterfront. If the most recent rumors are true, it would be quite an odd partnership: the Bills would be partnering with Legends Global Sales, which was founded by Dallas Cowboys’ owner Jerry Jones and the New York Yankees’ George Steinbrenner. Legends’ role would be on the revenue side, handling sponsorships and preparing the Bills to be the 20th NFL team to sell personal seat licenses to fund a new stadium.

College football fans now have over a week of bowl games each season, and even non-fans know about the Rose Bowl and the Sugar Bowl. But how many fans know why all those games are called “bowls?”

It’s kind of like how we now have our first generation of people who associate the two-stage “click” sound with taking a picture on their iPhone without knowing why their phone makes that particular sound when snapping a pic.

Before games were called “bowls,” stadiums were called “bowls.” The Rose Bowl was a place before it was an event. And if you want to know why it’s called a bowl, look at the place fans call “The Hole”: Grambling State’s Eddie Robinson Stadium.

Early football stadiums were dug out of the ground in a large oval shape, giving them the look and feel of a bowl. Fans weren’t sitting on angled grandstands, but wrap-around bleachers that had a shallow upward contour. The Yale Bowl is considered the first of its kind, but Eddie Robinson Stadium – despite being built in 1983 – retains the original feel the best.

Is there a cool stadium we missed? Let us know on Twitter!