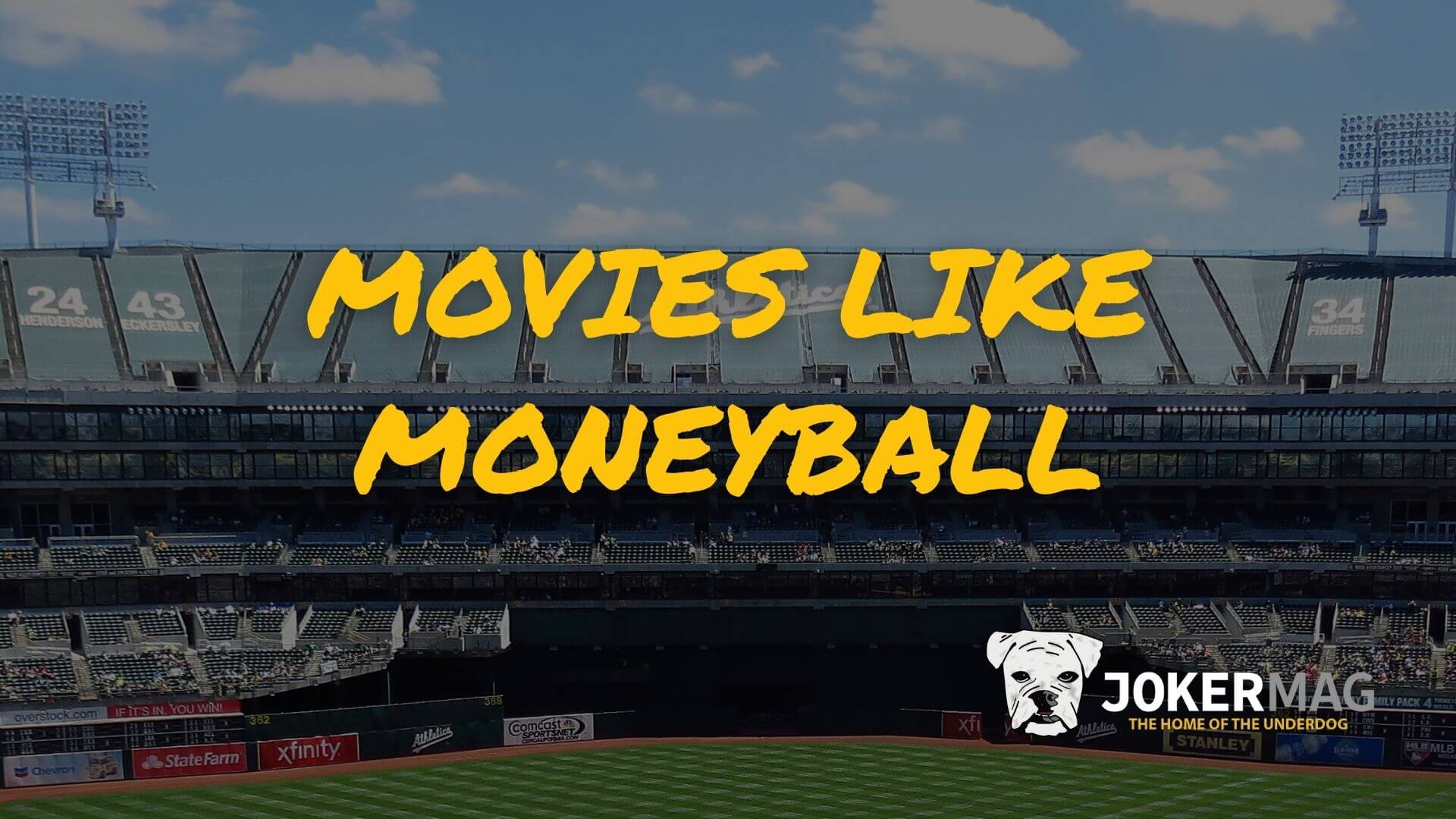 Based on Michael Lewis’ book of the same name, Moneyball follows the journey of the 2002 Oakland Athletics.  GM Billy Beane’s quest to build a competitive small market baseball team captured the hearts of viewers everywhere.

And while Brad Pitt and Jonah Hill bring legit star power (each was nominated for an Academy Award), it’s the underdog spirit that makes it special.

If you loved this award-winning film and are looking for something similar, we’ve put together our own hand-picked list.  Here are five movies like Moneyball.

What Movies Are Similar to Moneyball?

A pro baseball scout (Clint Eastwood) joins forces with his estranged daughter (Amy Adams) on a journey to save his career.

While heavier on the cheesy feel-good stuff, Trouble With The Curve shares a lot of the same themes found in Moneyball.  And if you’re a baseball fan who likes rooting for the underdog, you’ll feel right at home.

Where to Watch: Netflix, Hulu

GM Sonny Weaver (Kevin Costner) trades up for the #1 pick in the NFL Draft.  He faces pressure from fans, ownership, and a no-nonsense head coach in a decision that will define his career.

Draft Day gives viewers a behind-the-scenes look at how a front office operates, from the top down.  The film also deals with the philosophy of team-building and the repercussions of making a wrong decision at the sport’s highest level.

The Battered Bastards of Baseball (2014)

This hidden gem tells the story of the Portland Mavericks, an independent ballclub of misfits, rejects, and underdogs who capture the hearts of a city.

Battered Bastards can be viewed as the spiritual successor of Moneyball.  While the film was released in 2014, the actual events took place 30 years before the A’s made their ‘02 run.

After getting fired, a sports agent (Tom Cruise) takes an accountant and his only client along with him on his path to redemption.

It’s hard not to root for Jerry Maguire as he digs himself out of a hole and rises back to the top.

RELATED: The Best Sports Movies of All-Time: Ranked by Our Readers

In an effort to save his career, a sports agent (Jon Hamm) plans an unconventional way of discovering his next star pitcher.  Million Dollar Arm chronicles the true story of Dinesh Patel and Rinku Singh, who were discovered through an Indian reality show competition.

This is a heartwarming story that proves Seneca’s quote: “Luck is what happens when preparation meets opportunity.”

Where to Watch: Amazon Prime

Love a good underdog story? Never miss another by joining our newsletter 👇