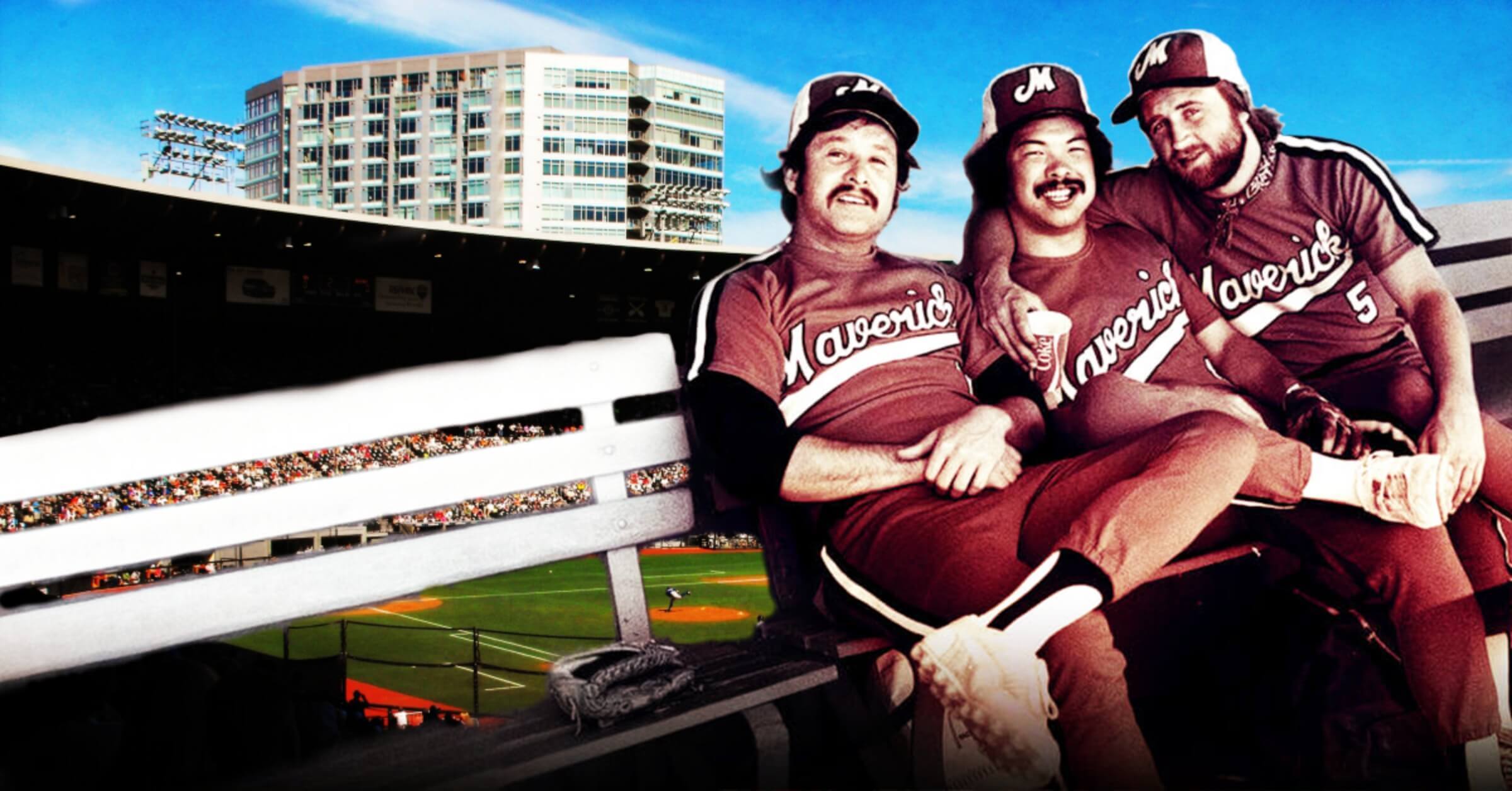 Three hundred baseball players, young and old, stretched across the right field line. Each of them with a large white paper pinned to the back of their shirt. On each paper was a number.

Each man in the rag-tag group was once pushed away from organized baseball and told he’d never make it. All were players baseball traditionalists scoffed at.

Or as Oscar-nominated director Todd Field calls them, “hopeless dreamers looking for a second chance.”

But on that fateful morning, all of them joined together in their love for the game. A love so strong it prompted many to drive halfway across the country for a chance at a professional contract.

“I don’t care about the money,” one player told a local news reporter. “I just wanna play ball.”

A New Sheriff In Portland

The Netflix original documentary, The Battered Bastards of Baseball, tells the story of the Portland Mavericks, an independent team that started in an 0-2 count.

It all began when seasoned Hollywood vet Bing Russell (father of Kurt Russell) saw an opportunity. Major League Baseball pulled their Triple-A affiliated club from Portland, Oregon in 1972, leaving behind an empty stadium and a horde of angry fans.

Russell, who spent part of his youth as a bat boy for the New York Yankees, decided to leave his acting career behind in pursuit of his passion. After reaching an agreement with the city of Portland, he created the first independent baseball team to operate without MLB affiliation — the Portland Mavericks.

Local news reporters and skeptical townsfolk didn’t think it would work. They were hesitant to put their faith into this Hollywood outsider. After all, what did he know about running a professional ball club?

And how the heck would he get players?

At the time, if you weren’t connected to a major league team, you’d be hard-pressed to find players who could compete at the professional level. Bing Russell simply didn’t have the resources to tap into the seemingly unlimited talent pool the affiliated clubs had access to.

So, with the team up and running, he hosted open try-outs.

It was like the famous quote from Field of Dreams: “If you build it, they will come.” And they most definitely did. For unsigned ballplayers from every corner of America, all roads led to Portland.

By the time Opening Day rolled around, the odds were totally stacked against the Mavericks. An owner with zero experience. A roster of castoffs. And an independent team of misfits competing against affiliated clubs with legit big-league prospects.

All in all, this is a story of the little guy versus the powers that be. Outsiders threatening the status quo.

Knocking It Out of The Park

The Mavericks roster consisted of men who simply refused to quit on their dreams. Many were cut by affiliated clubs, for either their physical ability or concerns over their character.

It would’ve been easy for them to hang it up and kiss the dream goodbye. Especially after hearing from MLB talent evaluators that they don’t have what it takes.

But instead, they decided to shove it back in their face.

Fueled by passion and a desire to prove everyone wrong, the Mavericks excelled. They outperformed expectations, shattering the beliefs of every skeptic, and pissing off the establishment in the process.

The fans came in droves. Over the seasons, they got to know the players on a more personal level than was previously possible. The Mavericks were accessible and, unlike most pro ballplayers, they were relatable.

“While in other teams the players go up and down, and there is no real rapport with fans, what Bing did was recognize that you need to keep players all year round so fans can really get to know them,” said Chapman Way, grandson of Bing Russell and co-director of the film alongside his brother Maclain.

To the fans, the Mavericks made it feel possible that they too could overcome adversity and achieve their dreams. Despite the critics and despite the pushback, they succeeded.

The team shattered minor league attendance records, much to the dismay of Major League Baseball officials who failed in Portland just a season prior.

“What Bing saw was, ‘Well, if I don’t affiliate with a Major League team, then I can do whatever I want and I can hold on to my players all season and fans will actually get to know them,’” Maclain Way told Entertainment Weekly.

“So I think he actually turned his independent status into a huge advantage.”

Why It’s a Must-Watch

This fantastic sports film rides on the energy of hope. Hope for a new opportunity and a better life. Hope for the underdog. And that is precisely what makes it great.

In a world where a lot of people settle for less, we admire those with the courage to pursue their dreams.

And that hopeful spirit is contagious. After the credits roll, you begin to view life a bit differently — the mark of a truly great film.

I don’t care if you’re young or old. A diehard enthusiast or casual sports fan. The Battered Bastards of Baseball is an inspiring underdog story that extends well beyond the diamond.

You can stream The Battered Bastards of Baseball on Netflix.