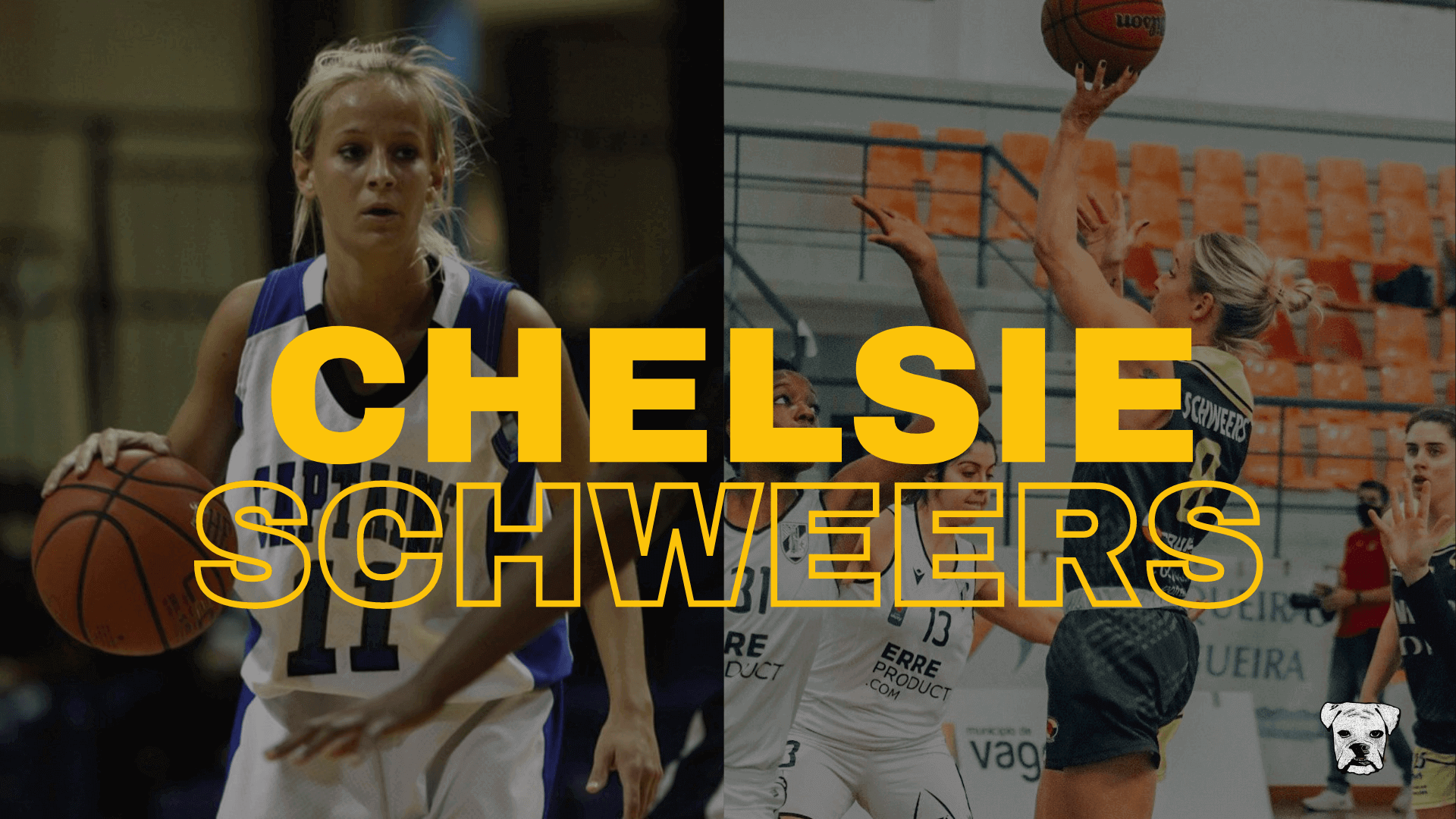 In 2016, Chelsie Schweers was leading the top-Icelandic league in scoring. Despite putting in over 31.0 points per game, her club released her after she suffered a broken hand.

But apparently, in a country so small, word travels quick. Schweers soon signed with Haukar, another club in the Icelandic league.

For a competitor who has spent so much of her life on the hardwood, the time away from basketball was tough.

“I hadn’t played in nearly four months, and the season was still rolling,” recalls Schweers. “So I think the hardest thing for me was just not being able to practice.”

While she waited to return, she adjusted more and more to a new life in Iceland.

Once her hand recovered, Schweers continued to lead the league in scoring with her new team.

Adversity has been commonplace throughout Schweers’ career, but it’s how she’s faced such difficulties that has defined her story.

In the Hampton Roads region of Virginia, Schweers was a basketball star from a young age. At Chespeake’s Hickory High School, she made the varsity roster as a freshman and never looked back.

She was instantly one of the most talented players in the school – which, oddly enough, was actually difficult at first.

“All my friends that I grew up with were on the Junior Varsity (JV) [team],” says Schweers. “So it was difficult being one of the youngest ones on the varsity team.”

Soon enough, Schweers would go on to become one of the best players in school history. She ultimately left school with numerous honors during her four years as a Hickory Hawk:

She graduated as the school’s all-time leading scorer, pouring in over 1,000 total points.

High school marked the end of one chapter in her playing career, but in a sense, it was only the beginning.

She hoped that Division I college basketball would be next on her list.

Although Schweers hoped to take her talents to a Division I program, the ones she coveted did not express the same level of interest in her.

“I just really wasn’t a main priority [for those Division I schools], ” says Schweers. “I wasn’t high on their list.”

She received one D1 offer from Longwood University in Farmville, Va. But it was far from home, and, perhaps more importantly, “did not feel like home.”

Christopher Newport University, only an hour drive north from her hometown, showed sincere interest in Schweers. They truly made Schweers feel like a valued recruit, before even committing to the school.

She soon was on her way to Newport News, where the Captains’ athletic program awaited.

Schweers recalls her decision to enroll at CNU: “Knowing that if I was close to home, I would still have that family support.”

Despite her belief that the time that she had settled for Division III, Schweers would quickly put together one of the most impressive resumes of any student-athlete in NCAA basketball history.

The numbers and records speak for themselves. The Commonwealth of Virginia has had an exquisite history of basketball players step on the court – and Schweers is among the best of them all.

But while the numbers do speak for themselves, there is much more to her time at CNU.

Schweers may have been one of the most electric scorers of her era, but she never forgot about those around her.

After college graduation, Schweers sought an overseas opportunity where she’d have a guaranteed chance to contribute.

She landed her first contract in Greece, signing with Panathinaikos in the country’s highest league.

Schweers played well that season, averaging 13.0 points per game in 12 contests. Her team even competed in the Greek Cup.

But the real challenges awaited off the court.

“Everything was different [in Greece],” says Schweers. “The culture, the food, the language, the architecture of the buildings, going into the grocery store. Nothing was in English.”

“The culture shock of when I landed in Greece was just a feeling in my stomach that I never ever, ever felt. And all of a sudden, you’re overwhelmed with doubt.”

She was far away from her family and struggling to adapt to her new home. The transition was difficult enough as it was, not to mention that this was her first time outside of the United States.

Her advice to younger players considering moving overseas to an unfamiliar area? Step out of your comfort zone.

“Learn as much about where you’re going as possible,” Schweers says about packing up and moving across the world. “Try to dive into their culture and their experiences and try to understand exactly the environment that you’re in.”

Throughout her overseas playing career, Schweers has spent the majority of her time in Australia. After playing in a number of the country’s leagues (QBL, SEABL, Waratah League), the island nation has become somewhat of a second home to her.

Schweers has done extensive coaching in Australia by teaching and mentoring kids who look up to her both on and off the court.

“By talking about how Division I is not the only path to the next level, I think it gives kids an inspiration and a hope,” she says. “They see me and they can relate to me.”

Once the COVID-19 pandemic subsides, she hopes to return to Australia, where she’s established her professional career. She was set to return last March when the pandemic began. Instead, she remained in Virginia during the early months of the pandemic.

Schweers, now 31-years-old, wonders if her playing days are numbered.

“I was supposed to be leaving Australia at the end of the month [in March 2020],” she says. “I was devastated. I just couldn’t believe I wasn’t going. That that took a toll on me as well.”

Standing in the Hall of Fame

The pinnacle of many athletes’ careers is making their respective team or sport’s Hall of Fame.

Schweers has been recognized twice for her time at Christopher Newport.

In 2017, she was inducted into both the CNU Athletics Hall of Fame, as well as the USA South Athletic Conference Hall of Fame.

She also joined the 2017 class among some of the most notable names in school history.

“When I was inducted into the USA South Hall of Fame, the couple other athletes that were inducted with me had played their careers before I was even born,” she recalls.

Reaching the pinnacle was far from easy.

Schweers’ skillset on the court has been doubted.  Her size has been questioned.

Above all, her choice to go from Division III college basketball to the professional ranks has not always been met kindly.

“That [doubt] humbled me real quick, but at the same time, it really showed me who was in my circle, who was supporting me, and who believed in me. I just kind of stuck around those people.”

It’s safe to say that Schweers has proven her critics wrong. Today, she plays internationally for a club team in Portugal, where the country was recently on lockdown amidst the pandemic.

With a schedule that, at times, has been interrupted due to postponements and cancellations, she’s made it a priority to help others.

“I am going to start doing Zoom calls with athletes, to be somebody that can keep them motivated during the pandemic,” she says. “Right now, a lot of kids are feeling lost or feeling self-doubt. And with no mandatory practices, they’re not really sure what to do. I want to be there for them – be someone that they can call on, someone that they can look up to, and someone who can keep them motivated and focused.”

With years of experience in sports, Schweers is determined to inspire the next generation of athletes. Given that she competed at the Division III level, she knows what it feels like to be overlooked.

But she knows what it takes to rise up as well.

“[Even if] you’re not everybody’s main focus, it’s all about what you’re doing in your own time,” Schweers says. “Are you putting in work? Are you proving yourself? Are you spending more time working on your game?”

Not a bad journey for a D3 hooper.

Author’s Note: Big thank you to Chelsie for taking the time to sit down with Joker Mag. You can follow her journey on Twitter. 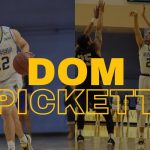