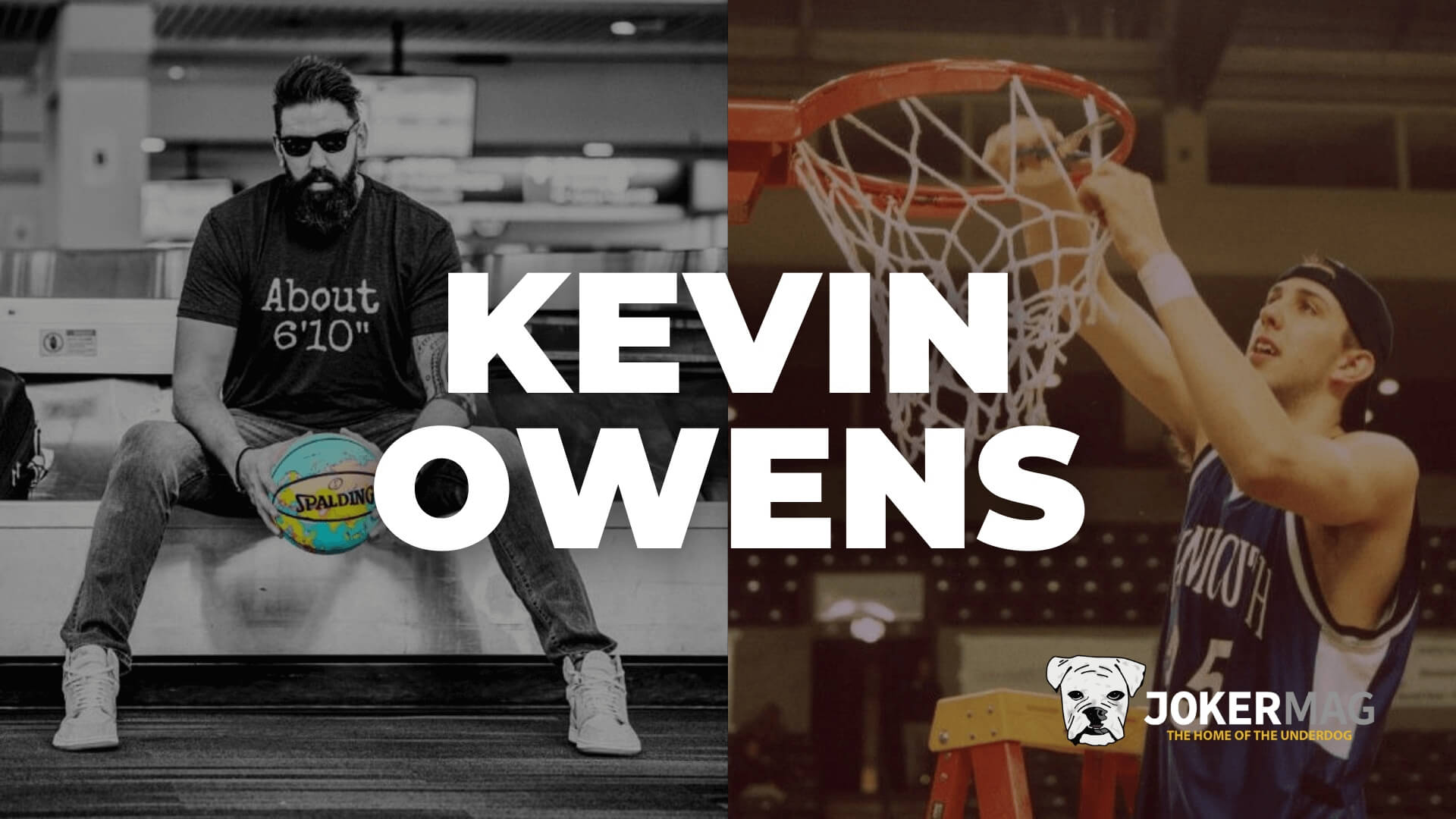 Hailing from Haddonfield, New Jersey, Kevin Owens played Division I basketball at Monmouth University. He was a key part of the Hawks’ Cinderella run to the NCAA Tournament in 2001, helping put the team on the national radar.

After going undrafted, Owens spent time in the NBA’s D League before taking his talents overseas – playing in 16 different countries over the course of his career.

I had the opportunity to interview Kevin about his experience as a professional basketball player, the struggles he faced, and his advice for others chasing their dreams.

What kind of a player were you growing up?

Growing up I was always a skinny kid. I never was the big bruising player that I became known as. I weighed 190 pounds at 6’9” and had the confidence you could imagine a skinny, awkward kid still growing into his body would have.

I relied on two things back then: my height and my brain.

The one thing that really helped me was being that skinny, I really had to learn how to score in other ways. I had to outsmart my opponents. A lot of times they would throw a football player on me in hopes that they could push me around. That was probably a crucial moment in my development.

Being able to utilize pump fakes, spin moves, and my speed and height to negate any physical advantages an opponent would have. At first, it was terrifying having some big lineman try and manhandle me, but once I realized how much quicker I was, it became something I looked forward to.

I was lucky in that my older brother was highly touted and had gone through the process just two years earlier. My family was prepared and I had people who knew the process giving me good advice.

As far as being recruited, that was like most things in my life at the time…girls, driving, parties…terrifying.

Because my brother was so well known, I had some big shoes to fill. In my junior year, I went from a scared kid to a semi-confident guy. I had my first in-game dunk and coaches started to take notice. AAU was not a big thing back then, so my recruitment was formed during a local summer league.

Back then, South Jersey was a basketball hotspot and many big-time coaches made their way to the local high school gym to watch. I had been improving each game before going head-to-head with a player getting recruited by Duke, Maryland, and Kansas.

Maybe it was his arrogance or the jealousy of the attention my brother received, but I was pissed that night. I went after him every possession and we battled. I had two free throws with two seconds left in a tie game. I buried them both as a sea of coaches stood under the basket watching me.

I finished with 28 to his 23. After that, letters and phone calls flooded my home.

Overall, how would you describe your college basketball career at Monmouth?

Monmouth was a great experience. Again, we were the ultimate underdog story.

The worst team in Division 1 college basketball when I arrived, then two years later playing Duke in the NCAA Tournament, to the following year being listed as one of the top mid-majors in the country.

Being a part of that was special. I had great teammates who, like me, felt disrespected by the negative connotations of our program. We worked our asses off to put ourselves in a position to be successful.

Playing Duke was a surreal experience. That 2001 team was one of the best in school history. Lining up against them brought both excitement and anxiety. We wanted to go out and be heroes, and Duke wanted to win a National Title. Our journeys were wildly different.

Duke ended up winning the title and we ended up winning some sort of participation trophy for making it that far. Being a part of a team that changes the trajectory of an entire program was special and something I will always cherish.

After college, you spent time in the NBA’s D League. What drove your decision to head overseas to continue your basketball career?

To be honest, it was financial. I had played for three years making very little money. I was frustrated that I held this illustrious title of “Professional Basketball Player” yet couldn’t afford a small apartment.

I knew that the window of opportunity to be a high-level athlete was short, so I decided to head to where the money is. And that was overseas.

You’ve played games in 16 different countries. How did you deal with the loneliness of traveling so much during your career?

The loneliness of overseas basketball is real. Jumping from country to country, in most cases alone, was a struggle.

Most nights I would sit alone in an empty apartment, watching some nonsense DVD on my laptop. Being alone after a bad game was rough! No one was there to pick you up or talk it through. I just sat there, stewing over what I could have done.

That, combined with the fear of “would I still have a job” in the morning was difficult. It led to bouts of depression that carried over onto the court. It took lots of mental toughness to overcome those issues.

The one benefit was my growth as a person. I no longer minded being alone. I kind of liked the quiet. I liked having time to figure things out in my head – to problem solve and find a positive solution.

What is the most overlooked aspect of pursuing a sport at the professional level?

Mentality, I would say, is number one.

I’ve seen guys so talented they should have been NBA superstars, but instead couldn’t handle the adversity. They would shut down and blame everyone but themselves.

If you want to make it as a pro, you need to think you are the best but accept the worst.

Be the most confident person in the room, but be willing to understand that you will have to deal with the negative. If you can handle that, move on and get better, you will have a future.

If you could put one message on a big billboard for millions of people to see, what would that message say?

“Take a chance!” My mom used to play the Lee Ann Womack song, “I Hope You Dance for Me”. She encouraged me to always take a chance.

That phrase has helped me so many times in my life. It encouraged me to travel, explore, and chase my dreams. When someone calls you on a Wednesday offering six months in Kosovo with a flight leaving in 32 hours, most people would assume you were a spy.

You guys can support me by buying and spreading the word about my book, Overseas Famous: The Travels and Tribulations of a Basketball Globetrotter. You can also check out OverseasFamous.com, where we have information about our podcast and Overseas Famous merch.

The biggest part of our company is our athlete consultant firm. We have created a support network and mentorship program for overseas athletes who may need assistance with the many struggles overseas athletes face. We also provide post-career advising and branding for athletes close to or in the process of retirement.

Huge thanks to Kevin for his time and insight!

You can get more great stories like this in your inbox by joining our free Underdog Newsletter below.