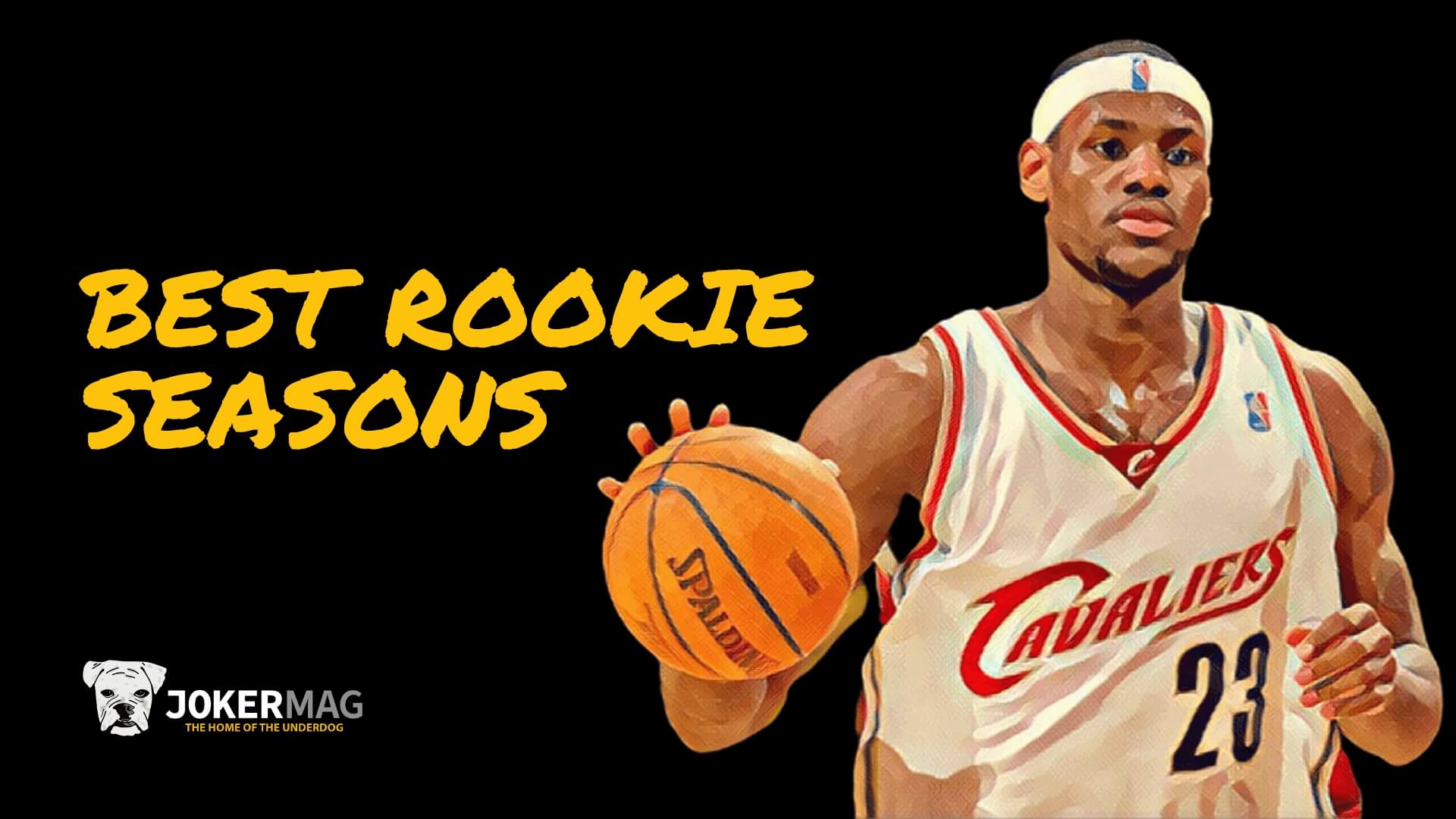 When it comes to rookie records, was it Michael Jordan, Kareem Abdul-Jabbar, or LeBron James who accomplished the most as a rookie?

Or someone else entirely?

Here’s how we rank the best rookie seasons in NBA history.

David Robinson was a member of the United States Navy who entered the NBA in 1989 and proceeded to turn the San Antonio Spurs into a respectable franchise.

Today, Robinson is considered one of the greatest NBA defenders ever.

King James made quite the splash entering the NBA as a first-overall pick of the Cleveland Cavaliers. He made an immediate impact with his hometown team, putting up stunning numbers in his first year as a pro.

LeBron completed his rookie season with 20.9 points, 5.5 rebounds, and 5.9 assists per game, netting him the NBA Rookie of the Year Award.

RELATED: Where “The Block” Ranks Among the Greatest Comebacks in Sports History

Selected first overall and paired with one of the all-time greats in Kareem Abdul-Jabbar, Magic Johnson averaged 18.0 points, 7.7 rebounds, and 7.3 assists per game in his rookie campaign.

Johnson led the Lakers all the way to the 1980 NBA Finals, where they toppled the Philadelphia 76ers. The 20-year-old – who left college after just two years to turn pro – was named NBA Finals MVP.

Bird was a bit of an underdog himself.

Raised in a poor family, he used basketball as an escape from his home life. He originally dropped out of college to work municipal jobs before enrolling at Indiana State.

Selected sixth overall in 1978, Bird would go on to a 13-year NBA career with Magic Johnson as one of his biggest rivals.

Bird had the better numbers in his rookie year with averages of 21.3 points, 10.4 rebounds, 4.5 assists, and 1.7 steals per game. The Indiana State product was selected to the All-Star Team and named Rookie of the Year.

Baylor won Rookie of the Year in 1958-1959 with the Minnesota Lakers after being selected 1st overall. He saved a franchise that was losing both fans and money and would move to Los Angeles in 1960.

Baylor was so dominant as a rookie forward that he scored 55 points in a game and finished with an average of 24.9 points per game, 3rd in rebounding, and 8th in assists.

A few years later, he got called to active military duty with the Army and still managed to average 38.3 points per game as a weekend-only player.

The New York Times described Jordan as “the phenomenal rookie of the Bulls” in November of 1984 and he didn’t disappoint.

#23 received the Rookie of the Year Award and averaged 28.2 points per game with a 51.5% field goal percentage.

The Bulls would make the playoffs and lose in the first round, but it was the start of something special in Chicago. Today, Air Jordan is known as arguably the greatest player in NBA history.

RELATED: The Most Inspirational Basketball Quotes of All-Time

Prior to his conversion to Sunni Islam in 1971, Lew Alcindor was the first overall choice of the Bucks prior to the 1969-1970 season.

Like many of the players before him, he helped turn around a bottom-feeding team that went 27–55 to one that would finish second in the NBA’s Eastern Division with a 56–26 record.

Jabbar ranked second in the league in scoring 28.8 points per game and third in rebounding (14.5), for which he was awarded the title of NBA Rookie of the Year.

But was it Jabbar or Jordan who was greater over the course of their rookie seasons and their NBA careers?

There is likely a slight edge to Kareem who – when paired with Magic Johnson on the Lakers – provided some truly remarkable seasons together, appearing in the Finals eight times and winning five NBA championships.

Down to the final three players on this list, we have reached the upper echelon of NBA rookies and Walt Bellamy is no exception.

The Packers selected him first overall and he would go on to establish rookie numbers that only Wilt Chamberlain ever exceeded.

No NBA rookie has since surpassed Bellamy’s 973 field goals during the 1961–62 season. Bellamy also led the NBA in field goal percentage in his rookie season and had a 23-point, 17-rebound performance in the 1962 NBA All-Star Game.

RELATED: What’s The Average Height of an NBA Player? (By Position)

Nicknamed “the Big O”, Robertson was drafted by the Cincinnati Royals in 1960.

During his rookie year, Robertson averaged 30.5 points, 10.1 rebounds, and 9.7 assists to lead the league. He won NBA Rookie of the Year and was elected into the All-NBA First Team as well.

Now, the 6’5″ point guard is enshrined in the Naismith Memorial Basketball Hall of Fame.

Prior to joining the NBA, Wilt Chamberlain played with the Harlem Globetrotters for one season as a professional. “The Big Dipper” wasn’t ever going to be on the NBA’s shortest players list either – he was listed at 7’1″.

Wilt literally did it all en route to the best rookie season in NBA history.

When he hit the floor with the Warriors, he did it all in his rookie campaign winning NBA Rookie of the Year and NBA MVP. Chamberlain averaged 37.6 points and 27 rebounds.

He broke eight NBA records in total that year and won the NBA All-Star Game MVP award with a 23-point, 25-rebound performance for the Eastern Conference’s NBA All-Star team.

Like underdog stories? Join our Underdog Newsletter for a rundown of the unsung heroes and overlooked stories happening around sports.