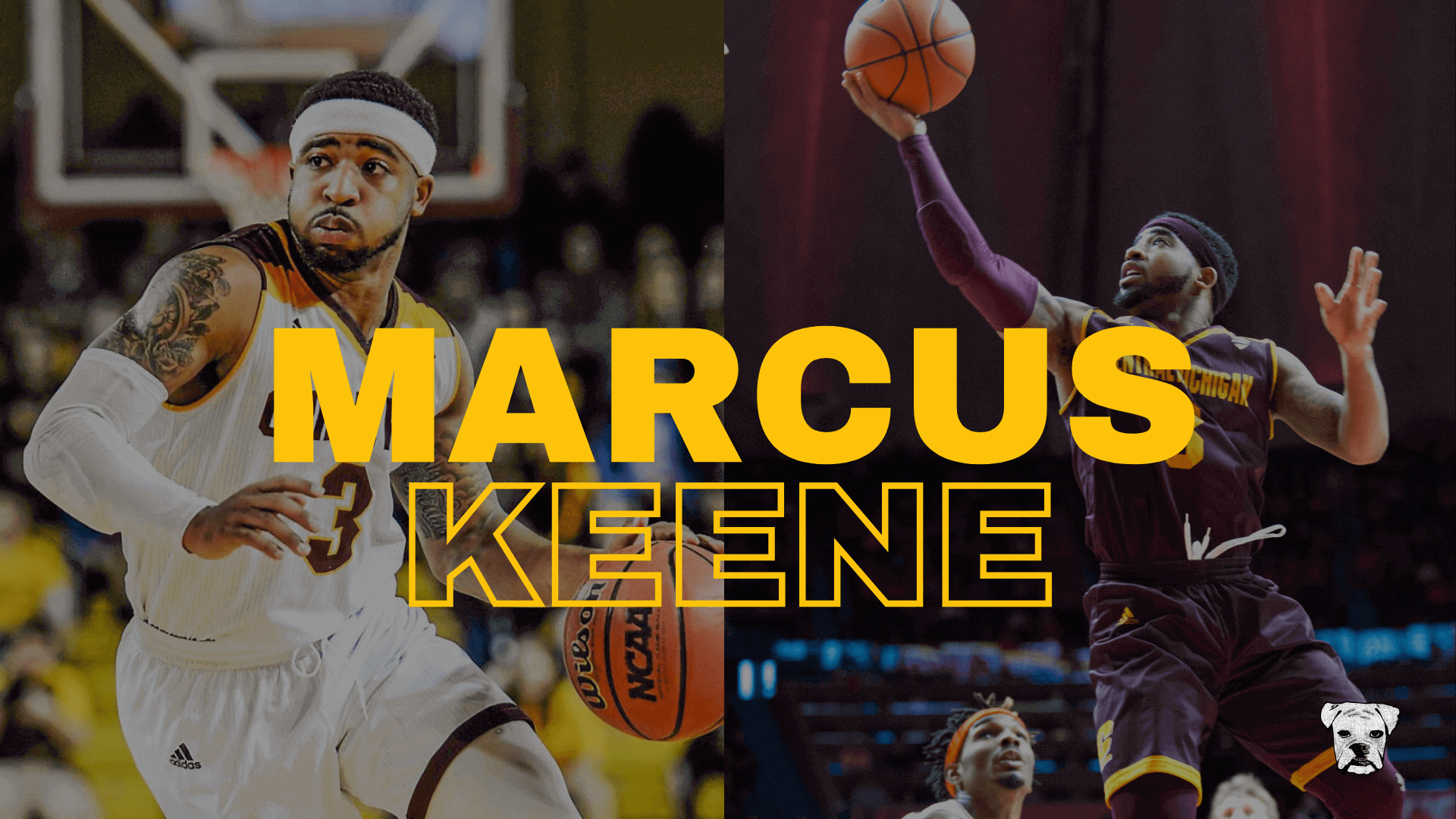 Marcus Keene wants to prove that he can lead a team. His 5’9″ frame may appear underwhelming for a basketball player, but doubters have never phased him.

He lets his scoring tell his true abilities.

Before becoming a household name at Central Michigan University, Keene was just a 5’9″ guard in San Antonio. Attempting to make a name of himself was not always easy, even as he broke the records at Warren High School.

Over four seasons, he became the school’s all-time leading scorer, with over 1,600 career points. He tallied over 800 points in his senior season alone, besting his mark from his sophomore and junior seasons combined.

“The most memorable moment from my high school career was hitting back-to-back game-winners in the 2nd and 3rd round of the playoffs which eventually led us to the State [Championship],” says Keene.

That was during his junior year, shortly after breaking his ankle.

The injury could have been season-ending. Instead, Keene willed himself through rehab to deliver one of the most impressive feats for any high school athlete.

Yet his success in one of basketball’s largest recruiting states was not apparent to the scouts. Keene’s only Division I scholarship offer was from Youngstown State University.

Seeking his dream of playing at the highest level of college basketball, Keene accepted the offer – even though it wasn’t necessarily his dream destination.

“My recruiting process was up and down,” he recalls. “I dealt with injuries that held me out of the AAU summer circuit. Youngstown State took a chance on me. I committed and signed early just to secure myself with a college opportunity.”

In Youngstown, Keene put together two impressive seasons. After starting just one game as a freshman, Keene started all 32 games the following year. As a sophomore, he emerged as one of the Horizon League’s best outside shooters, leading the team in scoring with 15.6 points per game. The mark also ranked sixth in the conference.

He was growing into his game, even though the jump to college ball brought its own share of challenges. Players were taller, and it was rare to find anyone near Keene’s 5’9” stature. While he was excelling at shooting guard, Keene knew he could do even more as a player.

“I knew if I wanted to play professional basketball, I needed to show scouts that I can run a team – be a true point guard and make plays,” Keene says.

Turns out a change in scenery – and position – was just what Keene needed. The Chippewas of Central Michigan had a departing point guard, creating a vacancy at the 1 spot.

“I was able to be me,” Keene recalls of the new opportunity.

Upon his arrival to the Central Michigan program, Keene instantly became one of the nation’s best-kept secrets. Operating as a floor general, his numbers and fame both skyrocketed.

By season’s end, Keene accumulated numerous accolades and had averaged 30 points per game to lead all Division I players in scoring.

In a mid-January game against Miami (Ohio), he dropped a season-high 50 points on 15-23 shooting, including 10-15 from downtown. He calls this his proudest achievement on the team.

The small city of Mount Pleasant, Mi. was on the map. Mid-major basketball was thriving.

Keene’s story flooded the nation. Media outlets including Sports Illustrated, SB Nation, and The Ringer all published pieces on “Keenesanity” – as coined by SI.

From NBA Dreams to Overseas

The 2017 NBA Draft brought a new set of challenges for Keene, who was unsure about his future in the league entering the evening. But in his unwavering resilient fashion, he would find a positive from draft day disappointment.

After 60 selections, no teams chose the CMU guard. With so many point guards available, Keene was aware of this potential outcome. Rather than lament on going undrafted, he channeled this energy into his next chapter in basketball.

“When I didn’t get the call, I just knew that was another chip on my shoulder I would use when running into guys that got drafted in front of me,” Keene says. “After I didn’t get drafted, I knew that I wanted to go overseas to make money and play the game I love.”

Before venturing across the pond, Keene momentarily got his shot on an NBA roster. The Wizards signed him as an undrafted free agent and evaluated him throughout a handful of summer league contests.

Despite averaging just over 11 points per game in 4 games in Vegas, Washington didn’t see enough in Keene to keep him on their roster. Keene was released and soon signed with Italy’s Serie A2 Basket League.

In his sole season for the Cagliari Dinamo Academy club, he poured in over 18 points per game. While this new chapter was far from the bright lights of the NBA, it was an opportunity nonetheless.

And being abroad in Italy meant being away from the norms of home, something which Keene has had to adjust to in his various international stops.

“What is most challenging about playing from country to country is being alone. No family, no friends. You have to become comfortable being uncomfortable.”

After one season in Italy, Keene played a season in South Korea. He’s also played in Taiwan and currently plays in a top league in Estonia. This year, he was named an All Star for the VTB United League while playing for BC Kalev/Cramo.

The change in geography has never slowed Keene down. Nor has the ongoing global pandemic. In fact, Keene was able to continue playing basketball during the early stages of the COVID-19 shutdown, as Taiwan resumed its basketball league in front of an empty audience.

The Basketball Tournament & Inspiring Others

In between his international playing career, Keene was able to return to the United States in the summer of 2019, where he competed in The Basketball Tournament. He calls his time playing for Sideline Cancer “a blessing” for reasons that go beyond basketball.

“The TBT is a crazy experience, [including] guys who can hoop that you may have never heard of. That’s the best part about it, single game elimination for a prize.”

“We play for more than ourselves and we are willing to give some of our earnings back to those in need.”

Reflecting on his career, Keene knows his basketball journey will not end the day he steps onto the court for the final time. As someone who has overcome all of the question marks that come with being an undersized guard, he has years worth of experience to offer the next wave of basketball players.

After basketball, he aims to continue training, while passing along his knowledge of the game to the youth.

He knows a thing or two about how hard work can outweigh whatever barriers may be in one’s path.

“Trust the work you put in and be confident,” he advises younger players. “Be coachable, but always want to be better. Work harder than the man next to you. Do more than the person you’re competing against.”

Even though Keene has achieved an immense level of success both as an amateur and professional, the underdog label is one that has never wandered far from his mind. After all, when you’re a 5’9” guard in a league where almost everyone else is taller, that kind of comes with the job.

What stands out most though about Keene is how he has truly embraced this mentality. In a sense, it’s been at the forefront of his ascent to basketball greatness.

Keene’s mindset is something any athlete can benefit from, no matter the obstacles they face.

“Nothing is given; nothing is handed to you. You have to take what you deserve.”

Author’s Note: Big thank you to Marcus for taking the time to interview with Joker Mag. You can hear more from Marcus by following him on Twitter. 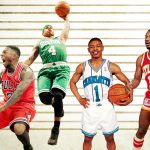