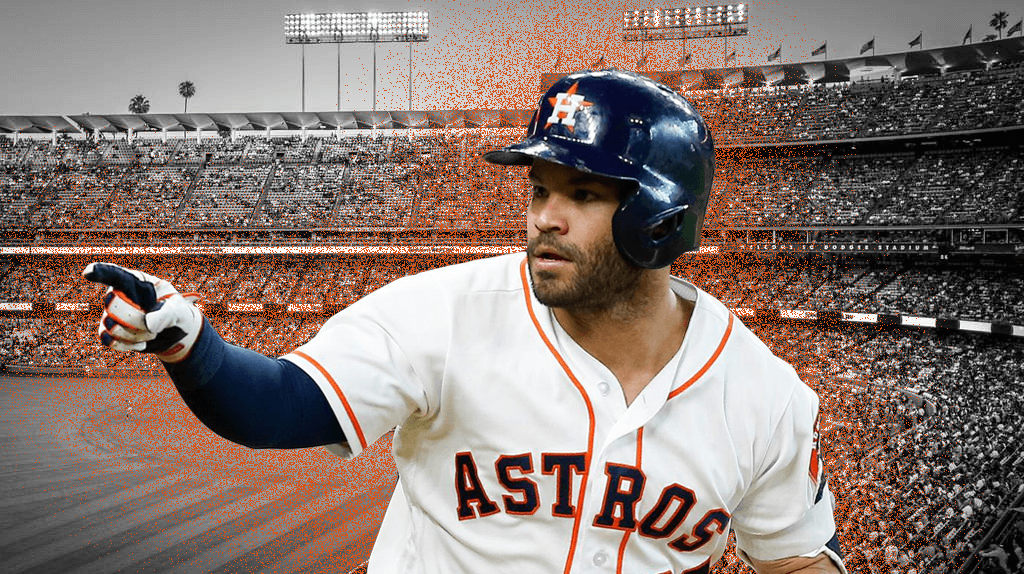 We’ve reached the end of our Major League Baseball Second Half Storylines series, and we couldn’t have saved a more appropriate division for last.

With 22 days left in the season, there’s still some juice left in the race that’s captured America’s hearts. In what could be retitled Moneyball Redux, the plucky Oakland Athletics, who have baseball’s 3rd lowest payroll, erased an 11.5 game lead by the Astros to briefly tie for the division lead.

Despite falling back some, Oakland is still in the race, just 2.5 games back of the Astros as we speak. 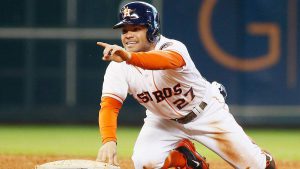 This one seems fairly obvious, right? However, the defending World Champs have a plethora of fantastic players, and a number of those have been injured during the recent cold-stretch that allowed Oakland back into the race.

Altuve is the spark plug near the top of the lineup — the straw that stirs the drink, if you will. He can do it all, and has, often, over his eight-year big league career.

The Astros went 8-10 after Altuve hit the disabled list for the first time in his career with a knee injury on July 29th. When he returned to the lineup hitting second on 8/21 at Seattle, the ‘Stros immediately began a 6-game winning streak.

The team’s record is 14-4 since he came back. What a perfect time for Houston’s best position player to return. The Astros hit their low-water mark for 2018, conceding a division lead that it had held for two months straight.

Altuve is also on pace for his lowest home run output since 2014. But a return to slugging form for Gigante would certainly see the Astros run away with the division. 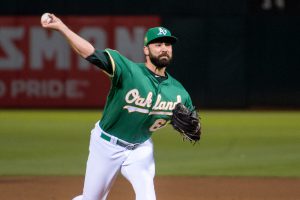 Billy Beane’s latest Moneyball concoction was built with one problem — starting pitching. Ace Sean Manaea appeared on track to start a potential Wild Card game for the club, be he was placed on the DL with a season-ending shoulder injury on August 26th.

Since then, the A’s rotation has the 4th worst ERA in the Majors at 5.96. It hasn’t helped that Brett Anderson has also gone down with an injury (though he is working his way back toward a mid-September return). Now more than ever, the bullpen that Beane so heavily focused on at the deadline will be the necessary savior.

Aside from Trevor Cahill, who as of 9/6 had accomplished the rare feat of having an xFIP the same as his ERA (3.60), and veteran Mike Fiers, the Oakland staff is a mess. Career journeyman Edwin Jackson has heavily outperformed his metrics and should be hit hard by regression soon.

Daniel Mengden and Frankie Montas have been wholly uninspiring, and Aaron Brooks is a career minor leaguer. Enter Oakland’s bullpen, namely rookie-wonder Lou Trivino. Since the acquisitions of Jeurys Familia, Fernando Rodney, and renowned hothead Shawn Kelley, Trivino has been bumped from his 8th inning role into a jack-of-all-trade utility role, pitching in many different situations.

He’s proven time-and-again his ability to go multiple innings this season, so he could begin to see use in the 5th or 6th in multiple-inning roles to bridge the gap from mediocre starters to a bullpen armed with bullets.

Manager Bob Melvin has also been experimenting with the opener strategy that Kevin Cash has made so popular with the Rays, so one wonders if Trivino may be destined for a start or two. 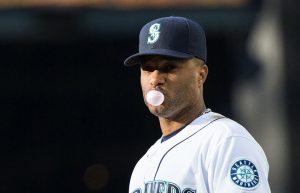 Apparently, the second rule of fight club is that players suspended for PED use are very welcome back into the fold if they can help a struggling offense. And the Mariners struggled mightily with Cano gone, ranking in the bottom 3rd in the league in runs scored and wOBA during his 80-game breather.

James Paxton and the rest of the starting staff can only take the Mariners so far. They’ve already fallen 7.5 games out of the second Wild Card, and the division is entirely out of reach. 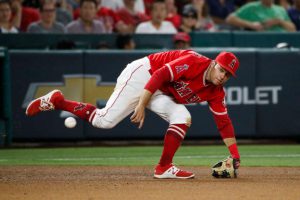 After tearing up AAA (albeit in the hitter-friendly Pacific Coast League), infielder David Fletcher was called up to The Show and made his debut with the Angels on June 13th at Seattle. While he wasn’t quite Benny Distefano, he was close, tripling in his second Major League at-bat for his first hit, and he did it off an excellent pitcher, Marco Gonzales.

Since that sparkling debut, he’s accrued a total of 281 plate appearances, and he’s hitting .274 excluding his debut. He doesn’t have a minor league history of power, with only 13 home runs across 4 seasons, and 2018 was the first time he slugged over .500 (.559 with the Salt Lake Bees).

However, he doesn’t strike out much (11.7%), and has provided above average fielding at third base and solid fielding at second (his time at short was a metric disaster).

At 5’10”, he’s a diminutively-built spark plug who is becoming a fan and clubhouse-favorite. If this profile sounds familiar, it’s because it is — the Angels hope he can continue along the same statistical path as 2002 AL MVP and clubhouse glue-guy Adam Kennedy. 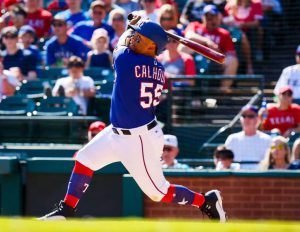 Anytime the top prospect in an organization gets called up, it’s going to create a lot of buzz.

Depending on what service you rely on, Calhoun is listed as either the number one or number two prospect for Texas, and he got the call again on September 9th.

To say Willie Calhoun’s year hasn’t gone as planned is an understatement. He expected to be manning one of the starting corner outfield spots for the Rangers coming out of Spring Training.

The one thing that has some Rangers’ fans in a tizzy is the diminished power returns this season for Calhoun. He’s only blasted 9 home runs this season after ripping 58 combined the last two years. However, as I’ve stated in this series before, it is very common for players’ power numbers to improve once they reach the Majors.

The fact that Calhoun has previously showed great pop in the minors just adds to the believed potential. His road to playing time is currently blocked by Nomar Mazara and Joey Gallo. But the 23-year-old blue-chipper appears to be taking it all in stride by all media accounts.

It’s only a matter of time before he’s launching moonshots at Globe Life Park on a regular basis.

If you missed any previous installments of our MLB Second Half Storylines series, you can find them here: