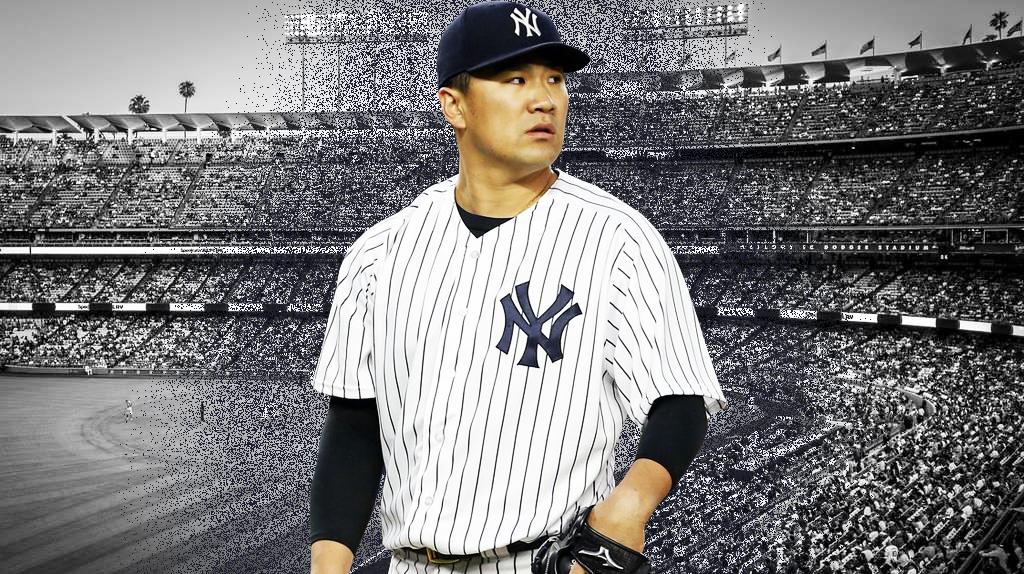 Up until 11 days ago, the American League East was easily the most attention-grabbing division-dash in the Major Leagues. It was at that point that the Red Sox went off, doubling their division lead to 9 games.

While it may seem like the AL East race is over, I’ll offer at least one key reason why it may just be heating up. Additionally, we’ll slog through the rest of the division, trying to find positives on the three other teams that are just along for the ride. 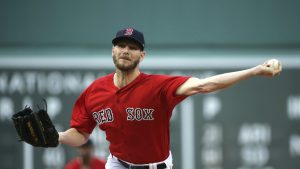 I feel personally responsible for Alex Wood hitting the DL after my NL West second half preview, so here is my attempt at making amends.

I just can’t picture the Red Sox winning the 2018 World Series without Chris Sale. Show of hands — who disagrees?

Sale is not only arguably the best pitcher in the Major Leagues right now. He’s head-and-shoulders above anything else the Red Sox have to offer.

David Price? Hasn’t been this bad since his rookie year. Nathan Eovaldi? He’s giving up hits at a near-career-high rate. Eduardo Rodriguez? Who knows if he’ll pitch again in 2018, or how effective he’ll be effective when he returns. Rick Porcello? His ERA, SIERA, and xFIP are all almost a run and a half worse than Sale’s marks this season.

The Sox need their star southpaw ready for the postseason. In his first postseason experience last season, he went 0-2 with a ghastly 8.38 ERA in 9.2 innings pitched in Boston’s ALDS loss to the Houston Astros. But with a 9-game lead in the division, Alex Cora has time to play around with things and make sure his ace is ready to go the first week in October.

It’s now or never for the New York Yankees. Their next 26 games are against teams with .500 or worse records. Still, it’s a daunting task to run down a red-hot Boston team that has a 9-game lead.

Bucky Dent, Ron Guidry, Sparky Lyle, and the rest of the Bronx Zoo crew aren’t walking through that door anytime soon. Neither is Aaron Judge.

But do you know who is walking through that door? Masahiro Tanaka.

With Luis Severino’s recent struggles causing many in the Bronx to take to the streets, extend their arms above their heads, and run around flailing like the sky is falling, someone’s got to step up.

It could be recent acquisitions J.A. Happ or Lance Lynn. However, there’s a guy that was already on the roster with a 3.45 SIERA, 9.52 K/9, and some valuable postseason experience.

In 4 career postseason starts, Tanaka is 2-2 with a sparkling 1.44 ERA, and he’s done it all in the veritable pressure-cooker that is the New York spotlight.

Despite never really being in the AL East race, the Tampa Bay Rays have rebounded nicely from a 1-8 start to become one of the better low-key stories in the 2018 season. A happy ending to this story is seeming less likely after the fire sale Tampa had at the deadline.

One player who’s still in town, though, is starting pitcher Blake Snell. As the staff ace, even before Chris Archer and Nathan Eovaldi were traded, Snell is finally seeing years of strikeout dominance in the minor leagues come to fruition in the show.

While he averaged a startling 10.5 K/9 in parts of 7 seasons in the minors, Snell couldn’t quite push the needle to double-digits in either of his first two seasons at the Juice Box.

But this year, Snell hasn’t drastically changed the way he deploys his arsenal, but he has seen a major uptick in production on one pitch — the slider.

He’s actually throwing the slider slightly less than last season (down 2.9%), but its rarity hasn’t hampered its results. He’s 3rd in MLB in whiffs/swing on his slider over the last 12 years, at 50.00%, which is reflected in the spike in the pitch’s value.

If it seems as if the Toronto Blue Jays have a bunch of crusty, middle-aged players in decline, it’s because they do. GM Ross Atkins’ concoction boasts the 5th oldest roster in the Majors, checking in with an average of 29.1 years, and that’s even after moving relievers Seung-Hwan Oh (36) and John Axford (35).

However, during the stretch between June 20-27, the Jays made their two biggest moves of the year — promoting rookies Lourdes Gurriel, Jr. and Ryan Borucki to full-time roles with the club.

While Gurriel, Jr. has gotten all the press after being named AL Rookie of the Month for July, we’ll focus on Borucki here. Borucki doesn’t strike many guys out, and his stuff isn’t eye-popping, but he’s gotten great results, to the tune of a 2.30 ERA.

This is thanks in large part to his awesome changeup, as pointed out by Stephen Loftus of Fangraphs. Borucki’s changeup is 23rd in whiffs/swing in the big leagues among all pitchers who have thrown at least 100 changeups in 2018.

Oh, where do I start with the Baltimore Orioles? Being that we have a large following in the Mid-Atlantic area, I better come up with something good, and not just mail it in on this segment.

Bundy has never quite completely lived up to all the hype of being drafted 4th overall (how many baseball players actually do?), but he’s still here, and he gives the Orioles fans hope for the future and something to watch this year.

Can he follow up years of promise by becoming an ace? Finishing his age 25 season strong could go a long way toward his development.

Keep an eye out for the next installment of MLB Second Half Storylines. Until then, who do you think is the catalyst of the AL East race? Comment below.