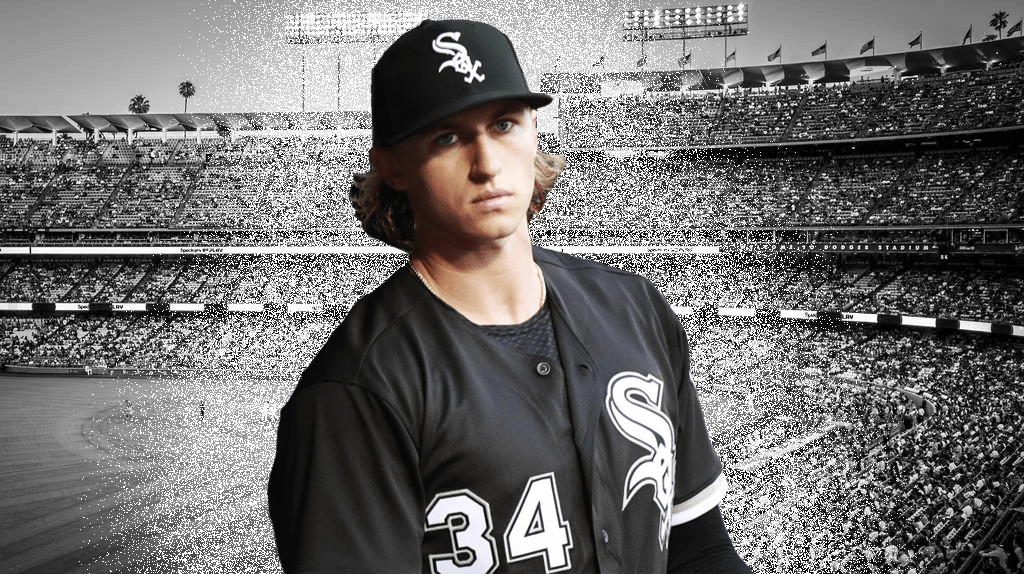 Misery, thy name is the American League Central. This is the only division in baseball with just one team above .500. If it weren’t for the Cleveland Indians we’d be having the same discussion that we had about the NL West in 2005 — when the Padres narrowly avoided becoming the first MLB playoff team with a losing record.

Today, we delve into the carnage and pull out some second half storylines to watch for the fanbase of each team in this division. 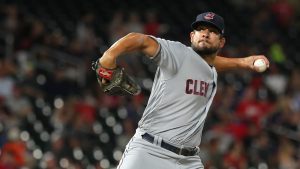 Despite having one of the most electric bullpen backends in the majors based on pure stuff and recent track-record, the Cleveland Indians had the second-worst bullpen ERA in baseball on July 19th.

That was the day Cleveland GM Mike Chernoff made a bold move — sending the Indians’ top prospect, catcher Francisco Mejía, to San Diego for relievers Brad Hand and Adam Cimber. The blockbuster move got the trade deadline party started early, and while it’s fairly clear that Mejía is a top-level MLB talent, the Indians fortified their most glaring need as they chase another pennant.

The move has worked wonders for both Hand and the Indians. Hand, who was off to a dominant start to the 2018 season, coughed up runs in four of his last six appearances for the Padres, posting a 12.60 ERA while blowing two saves during that stretch.

Since coming to Cleveland, however, The Manibus has posted a 1.26 ERA in 13 appearances, and has held all 10 leads he’s inherited, including 5 saves.

Since the trade, Cleveland has the fifth-best bullpen ERA in baseball, and has just two blown saves.

OK, so I’m going to cheat a little bit here. Buxton is not currently on the Twins’ 25-man roster, but he certainly will be by the time September rolls around.

With his complete five-tool set, he’s easily the most exciting story in Minnesota down the stretch, miles ahead of Miguel Sano’s return to the Majors.

A Statcast darling defensively, Buxton should make you think of Torii Hunter. However, Buxton’s bat made him un-rosterable for the Twins early on in 2018. After just 94 plate appearances, management sent him down to AAA Rochester to recapture his stroke.

He’ll be trying to prove this September that he’s not just another dubious quad-A player. While a hot finish to the season doesn’t necessarily prove he’s ready for stardom in The Show, every at-bat is an important learning experience. 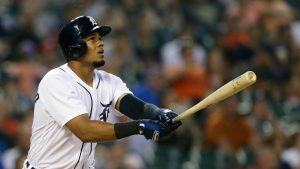 In any other division, Detroit’s 52-75 record would place them in a raging battle to stay out of the cellar. Normally, in that position, a team would be selling off veteran Major League assets to restock the farm system.

Unfortunately, Detroit didn’t have much of anything that contending teams wanted.

The Tigers’ farm system is ranked anywhere from 21st to 9th on various sites (Bleacher Report really loves them). Their top-10 prospect list is riddled with young arms, though almost all of them are more than a year away.

The focus at the Major League level should be developing young hitting talent to fill the middle of the order. There’s no better place to start than Jeimer Candelario, who made splashes this Spring Training with both his performance and his willingness to learn from the legendary Miguel Cabrera.

Candelario’s Fangraphs Prospects Report ranks his hit tool at 55/60, his raw power at 50/50, his speed at 40/30, and his throwing at 55/55. His minor league profile indicates that he will hit for power (.430), and it’s often noted that players’ slugging numbers often improve once they hit the Major Leagues.

The main thing to watch down the stretch will be whether or not Candelario’s plate discipline improves. His O-Swing% has already dropped below the league average (30%), sitting at 28.8%. As a result, his second half strikeout rate is down to 23.1% after he recorded a 25.7% mark in the first half.

Cutting down on his K’s will likely see his batting average climb up from .229 to be more in line with his career minor league mark of .269.

That sound that you heard at 12:15 PM on Sunday, August 20th was the sound of exaltation coming from the Midwest, when White Sox fans learned of the call-up of their most exciting prospect, pitcher Michael Kopech.

Deemed #KKKKKopechDay on Twitter, his debut start on 8/21 lasted just 2 innings and 52 pitches. However, there were flashes of brilliance from the 22-year-old who, interestingly enough, used to date a reality TV star.

He made Miguel Sano look stupid on a 1-2 breaking ball in the dirt to get out of a jam in the first inning. Then he painted the outside corner with a frisbee two-seamer, locking up Logan Forsythe for his second K.

He burned Jake Cave with a 96 mph heater that ran in on his hands. Then, he finished the performance with a wicked 98 mph dart under the hands of Joe Mauer, a notoriously difficult-to-strikeout hitter who’s whiffed in just 12.9% of his career Major League at-bats.

If the above paragraph doesn’t have you drooling with excitement for Kopech’s next turn through the rotation, you are probably not a true baseball fan. 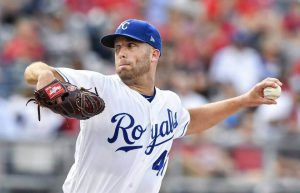 Duffy flashed bits of brilliance in 2016, and again for a stretch in 2018. While he’s nearing 30 years of age, history typically favors slightly older pitchers to figure things out and develop into aces rather than young prospects.

Back in 2010, when he briefly walked away from the game, journalist Greg Schaum compared him to Zack Greinke:

“People have said that Duffy mirrors Greinke in several ways (both are a bit quirky and unique)…he changes speeds with the best of them and does not realize he is even doing it. I guess, he and Greinke now have something else in common…They have both walked away from the game…Let’s hope Danny comes back and reaches his potential like Zack did.”

Duffy has turned in five scoreless outings of six innings or more this year, including shutting out the defending-champion Houston Astros for six innings on June 22nd.

However, he’s been disastrously bad in a number of other outings in 2018.  For the sake of their future, the Royals will be eager to get him back on track.

If you missed any previous installments of our MLB Second Half Storylines series, you can find them here: