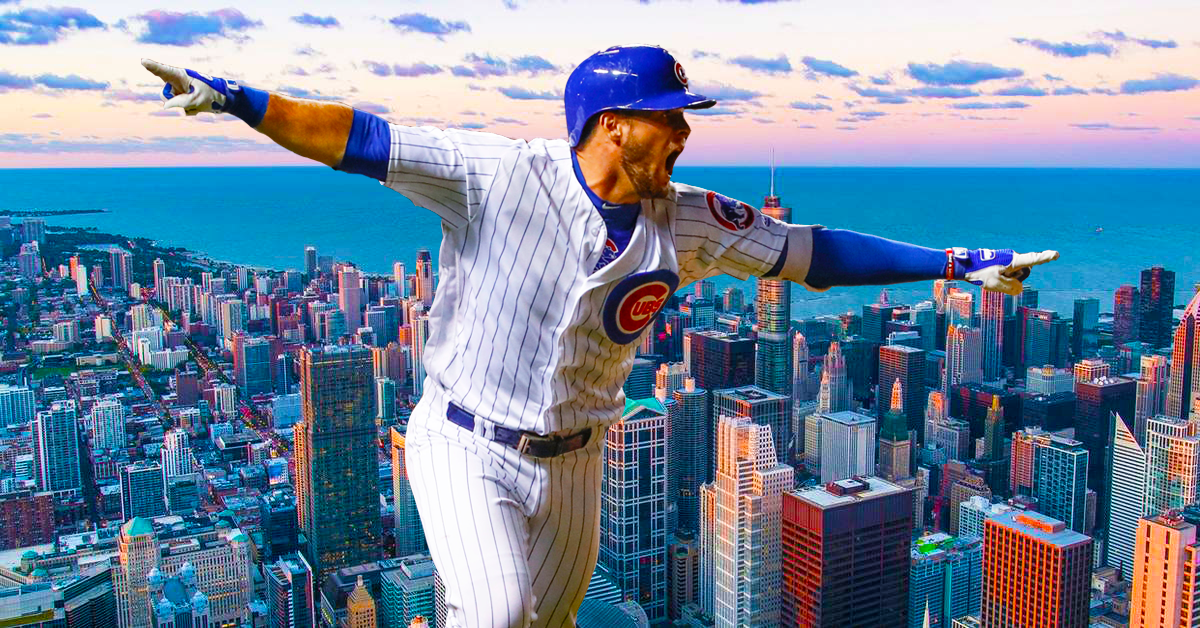 Down by three.  Bases loaded.  Two outs.  Bottom of the ninth.  Crowd roaring.  The manager sends a pinch hitter to the plate.  It’s every kid’s dream scenario.

Cy Young front-runner Max Scherzer silenced the Cubs’ bats for the better part of the game.  Nonetheless, the fans at Wrigley stood on their feet cheering for their young back-up infielder as he strolled to the plate — a glimmer of hope, albeit a faint one.

But this unlikely hero had to earn this moment.  In fact, he had to fight for every at-bat of his baseball career. 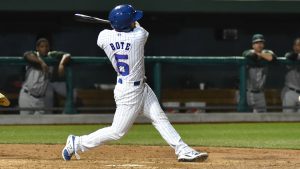 David Bote comes from a tight-knit family from a small town in Colorado.  Coached by his father and older brother, Bote helped Faith Christian Academy win a high school championship in 2011.

After walking on at Liberty University, he was immediately buried on the depth chart.  When the fall semester ended, Bote transferred to Neosho County Community College, a junior college in Kansas whose short list of notable alumni include politician Edwin Bideau and UFC bantamweight Patrick Williams.

That spring, big league scouts made their way over to Hudson Field in Chanute, Kansas to watch one of Bote’s teammates, current Padres lefty Matt Strahm.  Turns out that in the process they noticed Bote and liked what they saw.

When the MLB Draft rolled around in June of 2012, Bote was in Kenya on a mission trip with a local church group.  While messing around on the internet, he came across his name:

“We haven’t even been able to talk to him yet,” said his father, Bob Bote, “I don’t think he even knows.”

His father added that while going pro was an enticing option, he liked the idea of his son returning to school for another year in hopes of catching on with a Division 1 program.

But when Bote returned home, he decided to go for it, inking a contract to continue his baseball career with the Cubs’ organization.  That summer, he logged 150 plate appearances in rookie ball, posting an underwhelming slash line of .232/.349/.360.

Bote spent six years in the minors, bouncing around both on and off the diamond.  From Daytona to South Bend, his wife Rachel, along with their two children, followed him every step of the way.  They saw almost every game, watching David play games at every position except catcher.

Bote’s versatility and willingness to help the team wherever he can is what allowed him to continue rising through the ranks.  But he didn’t really gain traction until 2016 with the Single-A Myrtle Beach Pelicans.

It was there that Bote finally got to play full-time, getting regular at-bats for the first time in his minor league career.  He hit .337 in the last six weeks of the season and was named MVP of the league playoffs where the Pelicans won the league title.

“That was the turning point, when he got to play every day,” his father, Bob, told the Denver Post in April. “He got into a rhythm, and he told me one day, ‘Dad, it just clicked. I just knew.’ And since then he’s been on a roll.”

That roll would continue.  For the parts of the last two seasons in both Double-A and Triple-A, Bote has combined for 40 doubles and 27 home runs, slugging his way to an opportunity with the big league club.

On April 21st, Bote made his major league debut, filling in for injured superstar Kris Bryant.  After a week, the Cubs sent him down.  Over the course of this season, he’s been recalled from Triple-A five times.

To some, Bote’s walk to the plate on the night of Sunday, August 12th felt sudden.  But for him, it was a long time coming, symbolic of everything he worked for.  All those years in the minor leagues, the sacrifices he and his family made, everything that put him in this position. 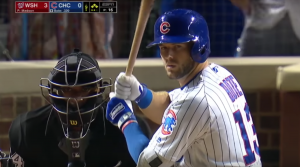 “It’s definitely been a tough road…” Bote said in an interview with Mark McGill on Monday morning.  “Being in the minors for that long and grinding it out.  Just trying to focus on each day as its own.”

One day at a time, one pitch at a time, David Bote launched himself into Cubs lore.

After fouling back a 96-mph sinker from Washington reliever Ryan Madson, Bote took a fastball off the plate.  Then, Madson got a generous strike call on a 97-mph sinker below the knees, putting Bote down 1-2.

After a ball in the dirt, Bote got the pitch he was looking for.  The rest is a fairy tale moment that cannot truly be captured with words.

As Bote landed on home plate, swarmed by his teammates ripping off his jersey, it’s difficult to imagine the thoughts flooding his mind.

From nearly calling a quits four years ago, to completing a spectacular comeback for a surging team in the midst of a playoff race, Bote’s journey has been nothing short of heroic.

It’s no wonder that Bote hopes to write a book someday.  In fact, he’s been taking notes throughout his entire career.  If everything goes as planned, we could be looking at a legitimate Hollywood ending.

All in all, David Bote’s story serves as a valuable reminder:

Pursue your passion and never give up on your dreams.