The Demise of The Pittsburgh Steelers 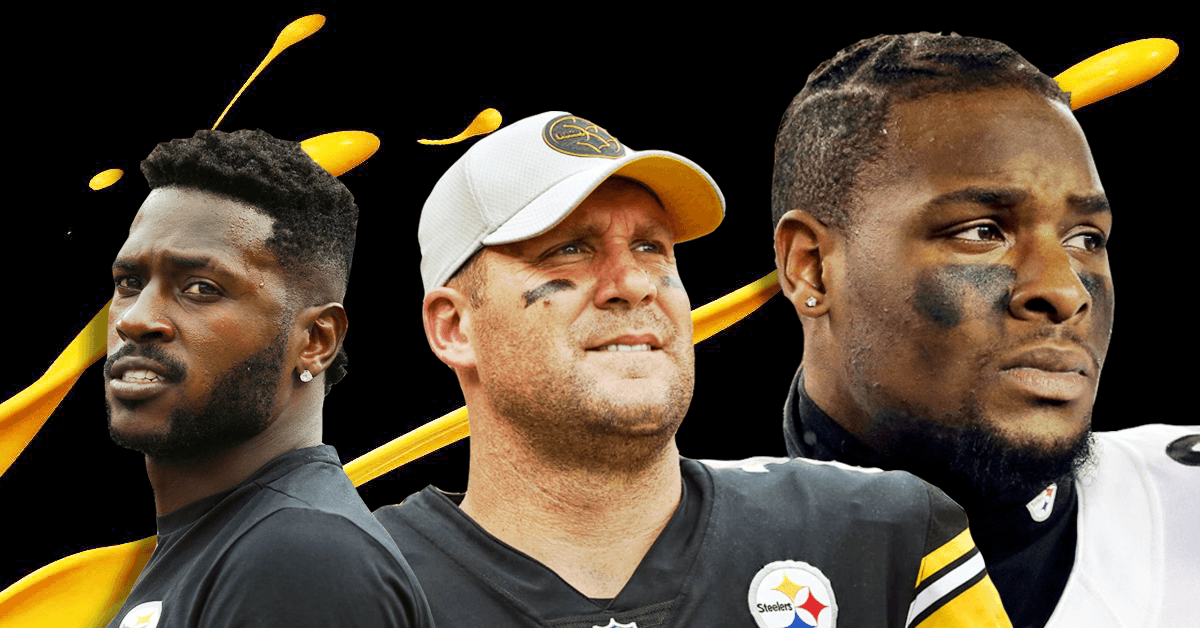 Le’Veon Bell has always provided the Steelers with off the field drama regarding his suspensions and contract disputes. The two-time All-Pro has now missed two games this year in which the Steelers have looked like a subpar team.

They tied the Cleveland Browns in Week 1. Then, they nearly came back against the Chiefs, only to run into the punter thus giving the Chiefs the ball back, ending the game. They sport a record of 0-1-1 and nobody has a clue as to when Bell will return.

And now, amid the Bell drama, there’s an issue with four-time All-Pro Antonio Brown, who got into it with his Offensive Coordinator during the game.

In the heated exchange between Brown and OC Randy Fichtner, it’s somewhat tough to read lips. But it appears that Brown states, “If you don’t want me, send me away”. The following day, Brown responded to an old Steelers employee. “Trade me let’s find out”, was his response to saying Brown would not have this much success with another franchise.

Trade me let’s find out https://t.co/4OeepI78zy

The star wideout has been doing his part, reeling in nine grabs in each of the first two games. But he is very unhappy with the offense after enjoying great success under Todd Haley.

Now comes Part III, where Brown elects to skip out on the Tuesday meetings and film review. His agent came out to state that everything is being blown out of proportion, as the media usually does. But, with three separate incidents, there is clearly a rift.

A team cannot have any success when their two best players are unhappy with the coaching and management. In an interview with Complex, Bell claimed that he was very close to finalizing a contract with the Steelers prior to the 2018 season. And he’s said before that he wants to remain a Pittsburgh Steeler for life.

However, he was recently spotted at a yacht party and, with how the Steelers have looked thus far, he may just want to explore other options.

Prior to the season, many writers predicted a New England/Pittsburgh AFC Championship. But now the Steelers seem out of the mix — and likely for years to come. The Baltimore Ravens and Cleveland Browns have much more promise and youth on their rosters. Big (Medium?) Ben is 36, Brown is agitated, and Bell is just sitting back watching the demise of the franchise.

The Killer B’s are comparable to Crosby, Stills, Nash, and Young, as there’s so much conflict that a breakup seems inevitable. Bell’s teammates gave mixed reviews towards his inaction, but it seems like many are quite upset about his holdout.

The team doesn’t support Bell, Brown doesn’t support the coaching, and Ben throwing the ball 60 times in a game is usually not the recipe for success. Bell could be gone after this season, Ben the next, and Brown may try to get out at any time as the team continues to crumble.

The Steelers are facing Fitzmagic and the Buccaneers next followed by the Ravens and Falcons afterwards. It’s very tough to see them winning two of these games, which would likely hinder their playoff chances.

Their 2018 stories will all be interesting to follow. But this could be a major turning point in the Pittsburgh franchise if they fail to mend the relationship with Antonio Brown and Le’Veon Bell.