How Allonzo Trier Went From Undrafted to Rookie Revelation 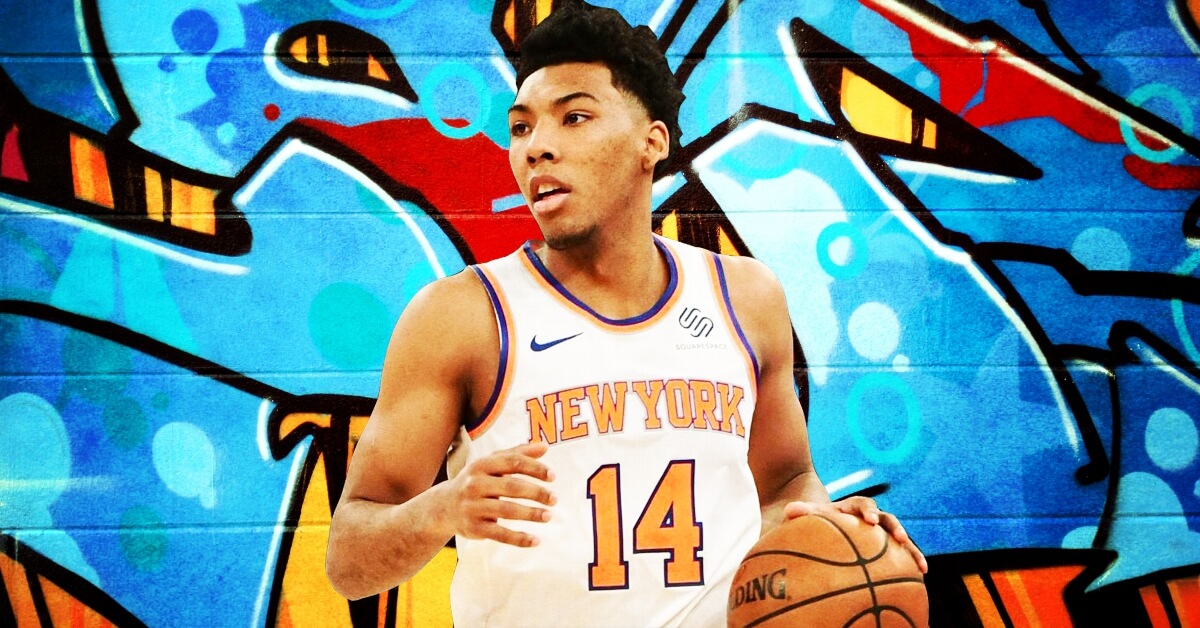 On July 21st, Allonzo Trier watched the 2018 NBA Draft, waiting for the magical call. With each pick, he became more anxious as his phone stayed silent.

The night ultimately ended in disappointment for Trier. 60 men heard their names called. But not him.

His dreams of playing in the NBA were in doubt. That is, until New York Knicks’ GM Scott Perry and new head coach David Fizdale gave him a call.

They wanted to sign him. And he quickly accepted. After all, it’d be a chance to prove that every team who passed him up made a big mistake.

How He Got Here

Allonzo Trier’s path to the NBA is a unique one. Heck, his path just to play at the University of Arizona was stacked with obstacles. Adversity has followed him his whole life.

Raised by a single mother, Trier and his mom, Marcie, lived in a two bedroom apartment in their hometown of Seattle. When Trier was young, his mother worked at a shelter for victims of domestic abuse. Often stuck working long shifts, she’d send him over to the Seattle Rotary to stay busy.

It was there that Allonzo developed his basketball acumen. He’d compete against kids both older and stronger than him. And even as a first grader, he’d never back down from the big kids.

In 6th grade, Trier was diagnosed with dyslexia, another roadblock he would have to overcome. But with the help of his mother, he pushed through.

In 2014, Trier won Gatorade Player of the Year for the state of Maryland. Before his senior season, he transferred to the prestigious Findlay Prep, a program whose notable alumni include Avery Bradley and Cory Joseph.

Prior to heading down to the University of Arizona, Trier played in the 2015 McDonalds All-American Game and the Jordan Brand Classic. By the end of his high school career, he was ranked 2nd in the class of 2015 behind current Philadelphia 76ers guard Ben Simmons.

At the University of Arizona, Allonzo Trier got off to a hot start, but later missed seven games due to a broken hand. Immediately after the season, despite being projected as a late first-round pick in the draft, he announced that he’d be returning to school.

“I am ecstatic about Allonzo’s decision to return to school for his sophomore year,” Arizona coach Sean Miller said at the time.

“I believe he will become one of college basketball’s elite players next season.”

While his freshman season was spectacular, and hopes were high, his sophomore season did not go as planned. After a failed drug test, the NCAA ruled Trier ineligible. The failed test came from a drug that he unknowingly took after a car accident.

After reviewing his medical record, the NCAA overturned the suspension. But it was too late. In total, he missed 19 games on the season, clouding his once-certain NBA future.

Returning for his junior year, things got worse. Failing another drug test, the NCAA ruled him ineligible once again. Ultimately, however, medical experts deemed it to be the result of remnants of the same drug from his sophomore season.

This time, instead of returning to school, he decided to gamble on himself and enter the NBA Draft.

Future as a Pro

Many scouts saw Trier as a player with a selfish reputation. A guy with a ton of question marks on the defensive end and, of course, the two PED suspensions.

In the end, it was too much to overcome. Given the chance to draft him, every team passed. Going from undrafted to NBA star is a difficult feat.

But when the New York Knicks came calling, he accepted a deal as a two-way player. This means that he’d spend half the season with the Knicks, and the other half with their G-League affiliate.

When Trier made his NBA debut, scoring a casual 15 points against the Atlanta Hawks, he got his foot in the door to take New York City by storm.

On the season, Trier is averaging just over 11 points per game and because of his excellent play in the Big Apple, he hasn’t spent a day in the G-League. Then, on December 13th, the Knicks officially made him a part of their future.

The signing from a two-way contract to a standard NBA deal in just two months is the fastest in NBA history. The signing is also expected to help draw soon-to-be highly coveted free agent Kevin Durant to the concrete jungle as Durant is reportedly enamored with the rookie.

Allonzo Trier has had to earn everything in his life. He worked hard from a young age to get to where he is today.

While life constantly beat him down, Trier quickly learned how to get back up. Handling adversity with maturity and strong will, things have paid off for him.

Allonzo Trier is a great example of how to persevere and keep moving forward no matter what.

As a Knicks fan myself, I love watching this young man ball each game. And I cannot wait to see where he brings this team in the future.

How do you think Allonzo Trier’s career will pan out?  Comment below.