Trey Mancini: Beating the Odds On & Off the Field 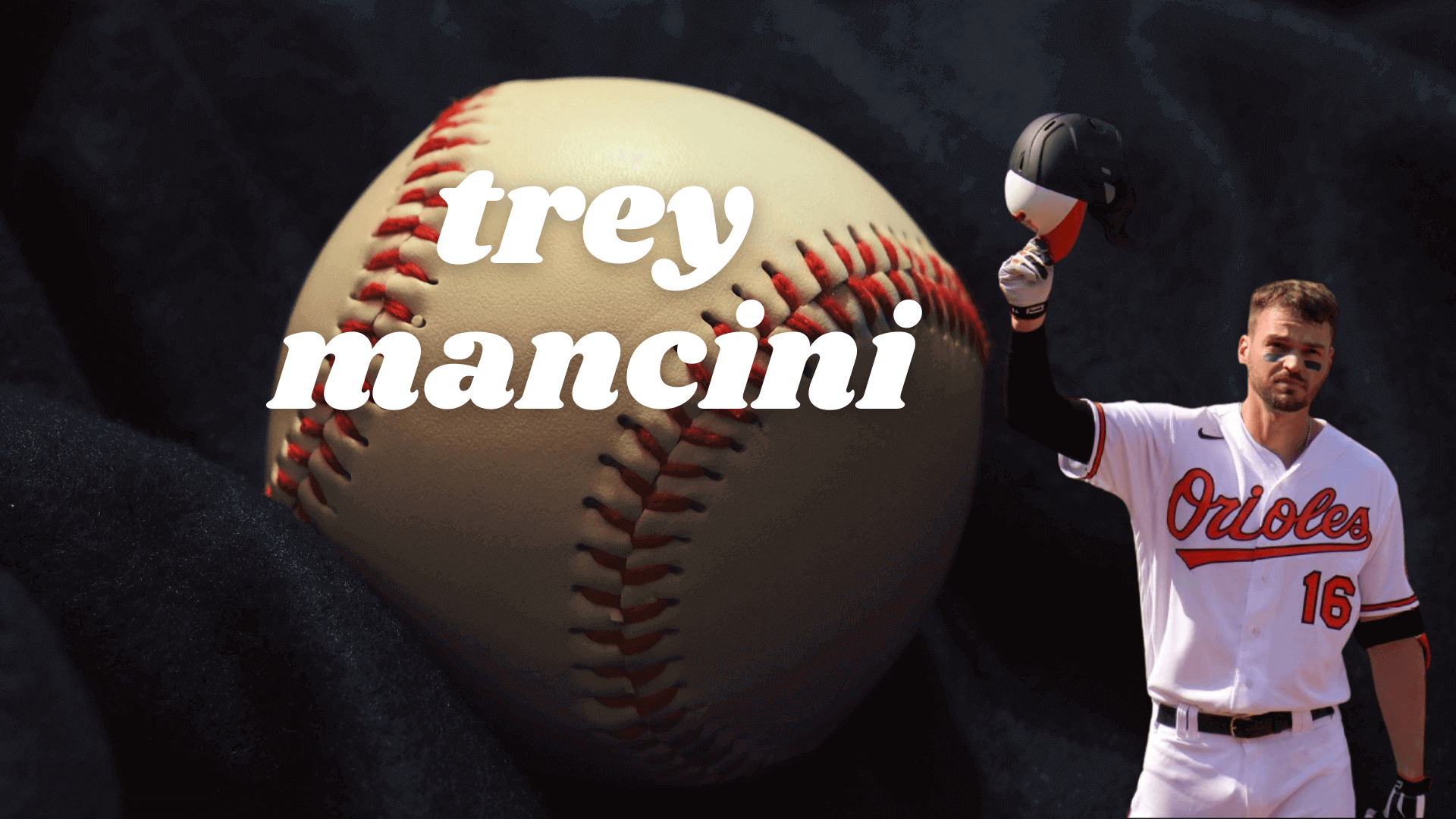 The 2019 Baltimore Orioles went 54-108 and came in last place in the American League East. However, there was one bright spot for the struggling team: Trey Mancini. Mancini batted .291 with 35 home runs and 97 runs batted in over 154 games. He was destined to be a superstar.

On March 18, 2020, Mancini’s 28th birthday, the Orioles slugger was diagnosed with Stage 3 colon cancer. This diagnosis required chemotherapy. As a result, he would have to miss the entire 2020 MLB season.

His chemotherapy started in June, and every two weeks, he would drive to Johns Hopkins University Hospital in Baltimore for 4 ½ hour chemo sessions. After six months of chemo and days of sitting in the hospital, praying to be back out on the diamond again, Mancini was announced cancer-free on September 21.

Mancini even helped raise $80,000 for the Colorectal Cancer Alliance last summer and is putting on a show this summer on the field. Not only was Trey able to defeat cancer, but he did so during a pandemic and at the height of his baseball career.

As of publication, Mancini has 20 homers and 60 RBIs. But he really showcased his comeback during the 2021 MLB Home Run Derby.

In the bracket-style event, Mancini put on a show. In the first round against the Oakland Athletics’ Matt Olson, Mancini edged out Olson by one homer, defeating him 24-23.

In round two, Mancini snuck past the hometown kid, Colorado Rockies’ Trevor Story, once again winning by a single home run to claim a 13-12 victory.

Ultimately, Mancini fell to Pete Alonso in the championship round, 23-22, but for him to get this far, exactly a year since receiving chemotherapy for stage three cancer is pretty remarkable. A true underdog story.

While the Comeback Player of the Year award is certainly in reach for Mancini, he is more thankful to be just able to play the game he loves.

“I’m very proud of where I am right now,” said Mancini.

“Feeling like myself and feeling great is something I am very appreciative of and don’t take for granted at all.”

Get more underdog stories like this by joining our newsletter 👇