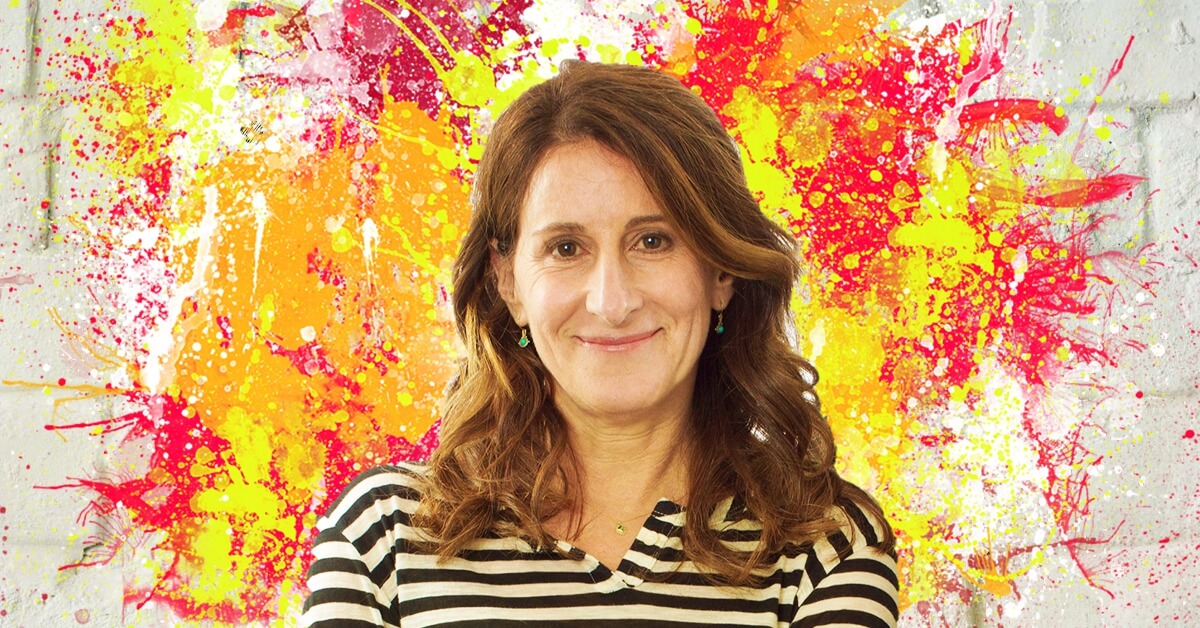 Do you know what Nicole Holofcener does for a living? If not, you are not alone.  The acclaimed writer and director has many stories about still being relatively anonymous despite her success.

My favorite anecdote is one in which she describes the humiliating process of fruitlessly recounting her body of work to her son’s roommate’s mother after the lady asked what Holofcener did for a living.

If you scroll her IMDB page, there’s a chance that you will not recognize any title until you get to her directing credits for Parks and Recreation and Gilmore Girls episodes. Or HBO classics Sex and the City and Six Feet Under.

While I love her Parks and Rec episodes (especially “Jerry’s Retirement”), the truest Holofcener experiences can only be accessed through her films.

My introduction to Ms. Holofcener was when I saw Enough Said on the big screen.  I bought a ticket to admire one of the late James Gandolfini’s final performances and because I am a massive Julia Louis-Dreyfus fan. 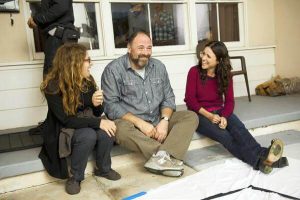 While the two leads were outstanding, I left the theater primarily amazed at beautiful poignancy of the writing.  The dialogue feels authentic without being boring, and the situational comedy in this movie is elite.

While Holofcener deftly makes the audience laugh through her writing, she also directs her films in a way that elicits powerful emotional reactions.

Please Give is far less sentimental than Enough Said but the former is every bit as affecting.  Catherine Keener, who appears in nearly every Holofcener film, is a living juxtaposition of tremendous generosity and selfishness as Kate, our hero in Please Give.

As the story progresses, we learn that Kate’s generous acts are mostly performed to assuage her pervasive guilt.  Her generosity towards strangers occasionally leads her into painfully embarrassing situations as her altruistic façade is exposed.

Kate is certainly not a bad person, but she is also not as kind as she wants people to believe.  As usual, Holofcener uses her characters to connect with the audience on a personal level and promote introspection.

Holofcener’s most recent film is also quintessentially hers.  The Land of Steady Habits is her first film in which the protagonist is a man.  The film originally aired at the Toronto International Film Festival will primarily stream in living rooms as Netflix owns its’ exclusive distribution rights.

The melancholic tone may disqualify the film from garnering blockbuster status, a notion that Holofcener has jokingly yearned for her movies to achieve.  However, the Netflix algorithm might contribute to more exposure for the auteur’s wonderful storytelling ability.

I will not tell you that this movie is the happiest watch, because that would be a lie.  But I will attest that this movie rewards you with a cinematic experience that appeals to your mind and soul.  As an added bonus, the film is set in suburban New England during the holiday season.  So it pleases the eyes as well.

The Land of Steady Habits, Enough Said, and Please Give tell stories in three distinctly different styles.  However, common threads emerge once you closely examine these films.

One staple is the characters’ justifications for their self-serving behaviors (raise your hand if you have done this before…thanks, you can all put your hands back down now). Another is the effective comedic tactic of periodically revisiting a mundane situation or item that can otherwise be easily overlooked.

In Please Give, its ancillary characters’ constant discussion of taking trips to see “the leaves” that have seasonally changed colors.  (I will leave you to find the hidden gems in her other movies).

Additionally, Holofcener universally develops strong bonds between parents and children that are not their own.  Whether it’s the onscreen friendship between Louis-Dreyfus’ and Tavi Gevinson’s characters in Enough Said or Ben Mendelsohn and Charlie Tahan in The Land of Steady Habits, Holofcener has a proven knack for creating tender moments.

The most captivating thread is the way that Holofcener always finishes her stories by showing the audience glimmers of hope.  As Louis-Dreyfus expertly notes in this New Yorker article, the characters take “baby steps” towards recovery even in the face of personal catastrophe.

I completely agree with Louis-Dreyfus’ additional assertion that these moments offer keen reflections on the human experience.

A storyteller that captures these insights and passes them along to her audience is one that deserves our attention.

Above all, Holofcener’s characters beautifully depict the human condition for better and (more often) for worse.

You won’t find expensive 3-D action sequences or fantastic CGI figures in her movies.  But you will find humanity, and plenty of it.

Which of Nicole Holofcener’s films will you check out first?  Comment below.