‘Minding the Gap’ is More Than a Skateboarding Documentary 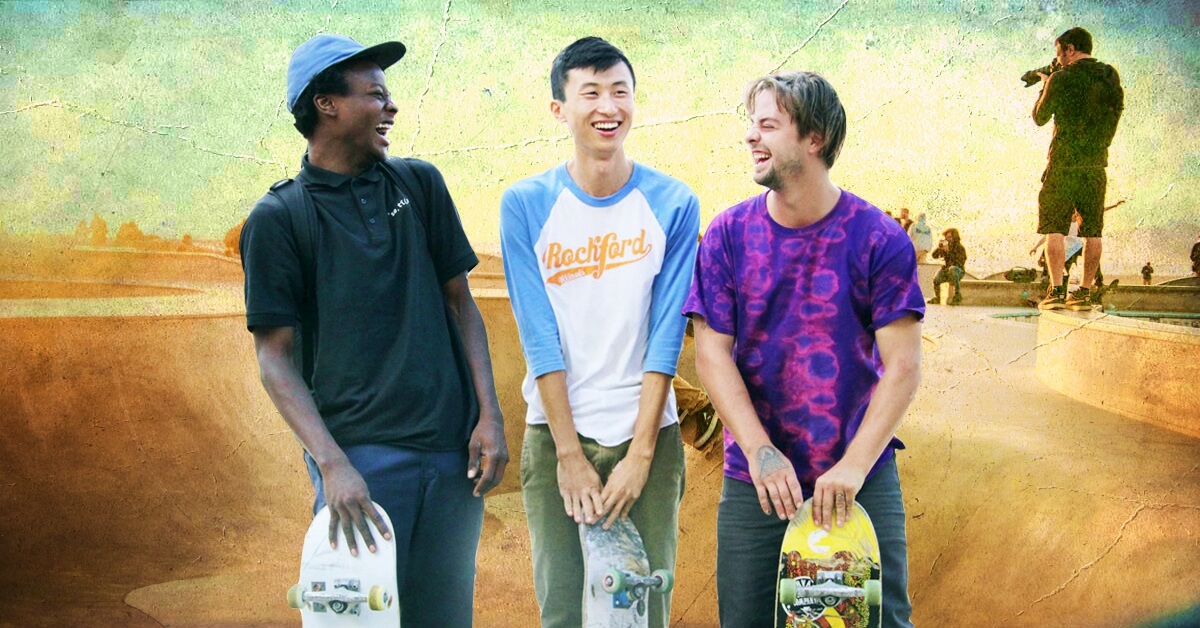 Liu tells the story of three young men (Bing, Zack, and Kiere) in Rockford, Illinois, bound by their shared love of skateboarding.  As the story unfolds, we learn that these three are also bound by their pain.

Viewers can expect to see some mesmerizing skateboarding footage and beautifully-edited montages.  But these elements will not be the enduring legacy of Minding the Gap.  The film elicits powerful emotional responses and fosters important conversations about domestic abuse and race.

All three young men wrestle with crises while simultaneously experiencing the typical struggles of becoming adults.  The trio endures plenty of heartache and hardship during their journey. But I believe the movie’s ending offers glimpses of hope.

The stories of these three are microcosms of the city they’ve called home.  But these three men all find ways to escape Rockford and overcome the troubles that befell them.

Liu appears to be a blossoming talent in the film industry and will almost certainly garner trophies for this movie.  Kiere moves to Denver and earns a sponsorship deal. Zack is cast in another movie based on his “charismatic” presence in this film.

I am not sure how many individuals have parlayed an appearance in a documentary into an acting career, but I imagine that list is brief.

In addition to professional success, each man shows personal growth.  Bing reconciles his resentment towards his mother and develops an understanding of her trauma and why she never left her abusive husband (Bing’s stepfather).

Kiere reconciles some of his childhood pain and finds happiness and contentment.  Zack confronts his emotional turmoil and his self-destructive behaviors and appears dedicated to remain involved in his son’s life.  At the same time, he tries to repair his fractured relationship with Nina, his ex-girlfriend and mother of his child.

Given that this movie is the story of real people, the ending is not a permanent resolution but a possible roadmap for each man’s life trajectory.

Documentaries offer excellent insight into the human condition. But they can also emit a sense of choppiness if the editing or sequencing lacks cohesiveness and flow.  The meticulousness in Liu’s direction is evident and this film has the storytelling flow of a fictional narrative movie.

The movie’s dialogue also has the power and emotional bite of that which has been scripted by an elite writers’ room.

Viewers may feel that Zack panders to the camera and potentially commandeers the movie’s natural aura in some instances.  However, the interactions with Kiere feel genuine and beautifully tender. And the conversation between Bing and his mother is a tremendously impactful scene.

The owner of a local skate shop is only onscreen for a limited time but he offers a quote that is a major catalyst in Bing’s personal story.  The dialogue feels real without being stale, which is a characteristic of any great movie but is particularly impressive in a documentary.

History indicates that Minding the Gap does not have a realistic chance of winning the Best Picture award at the upcoming Academy Awards.  In fact, it will be surprising if it even secures a nomination for the award — no documentary has ever done it.

But no matter what accolades the film secures (in addition to the many it’s already earned), Minding the Gap is one of the ten most affecting movies of the year.  Emotional impact aside, it’s also just a beautifully-crafted film.

Whether you spent your adolescence practicing kick flips and playing “Tony Hawk’s Pro Skater,” or you never had any affinity for skating, this is a must-see movie.

Do you think Minding the Gap deserves an Academy Award nomination?  Comment below.