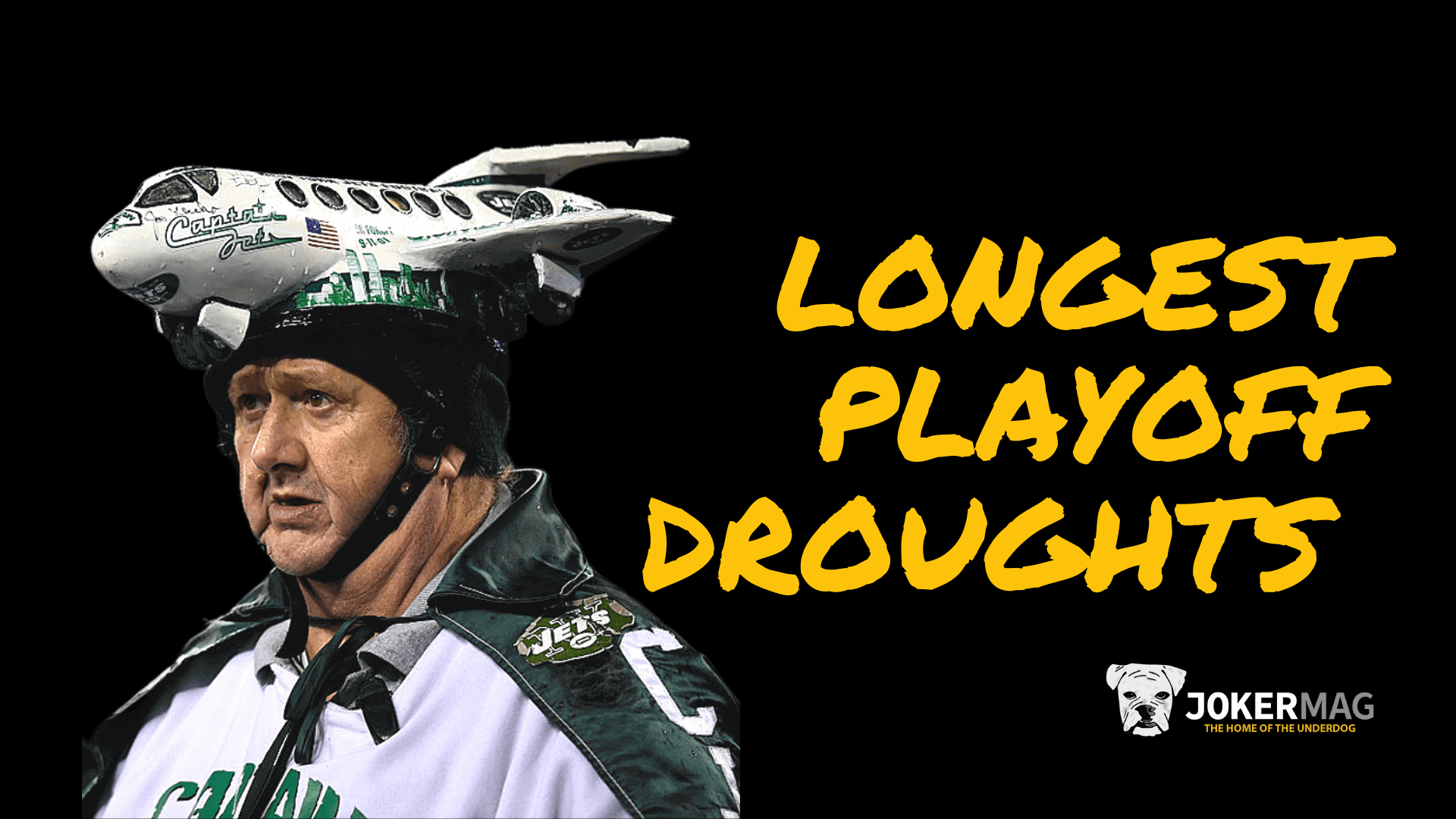 A new NFL season brings a fresh opportunity for every franchise. While some look to build on the previous year, others look to forget the past and move forward.

The following teams are in the midst of the longest playoff droughts in the NFL. Each franchise is trying desperately to turn a new page for the future.

The New York Jets have the longest active playoff drought in the NFL. Their last playoff appearance came with quarterback Mark Sanchez under center and (current TV analyst) Rex Ryan at the helm.

Since then, the team has trotted out 12 starting quarterbacks under 4 different head coaches.

Needless to say, Jet fans are seeking more stability for their beloved franchise to make the leap into playoff contention. And it wouldn’t hurt if their defense could recapture its 2010 form.

Unlike the other teams on this list, the Broncos’ last playoff appearance was a Super Bowl victory. It was also Peyton Manning’s final NFL game.

Since the end of #18’s long career, Denver has been a mess under center. They’ve started 12 different quarterbacks in 7 seasons, including names like Joe Flacco, Drew Lock, Brett Rypien, and Russell Wilson.

Fans across Colorado are desperately hoping that John Elway and the rest of the front office can settle on a passer who will bring the Broncos back into the playoff picture.

Matt Moore took over after Ryan Tannehill’s season-ending knee injury and played surprisingly well. However, it wasn’t enough to get past Pittsburgh in the Wild Card game.

Since 2017, Miami has trotted out a ragtag group of quarterbacks: Jay Cutler, Brock Osweiler, Ryan Fitzpatrick, and Josh Rosen. But now it finally looks like they have their guy, as Tua Tagovailoa holds the key to their playoff future.

The last time the New York Giants made the playoffs, Eli Manning was throwing to All-Pro receiver Odell Beckham Jr.

A season later, the team fired head coach Ben McAdoo. Since then, it’s been a revolving door of new head coaches and personnel at MetLife Stadium as the team.

Now, the Giants’ fan base hopes their franchise can maintain some sense of continuity and make it back into the playoff conversation.

The Detroit Lions were a totally different team back in 2017. Quarterback Matthew Stafford managed to bring his squad into the playoffs, but couldn’t get past Russell Wilson’s Seattle Seahawks in the Wild Card round.

After moving on from head coach Jim Caldwell, the Lions went through three more HCs before committing to the fervent leadership of Dan Campbell.

The team hasn’t fared much better thus far, but fans in the Motor City are hoping for playoff football sometime in the future.

Which NFL team has the best chance at ending their playoff drought this season? Let us know what you think on Facebook!

Want more? Get the best underdog stories in your inbox with our Underdog Newsletter! 👇