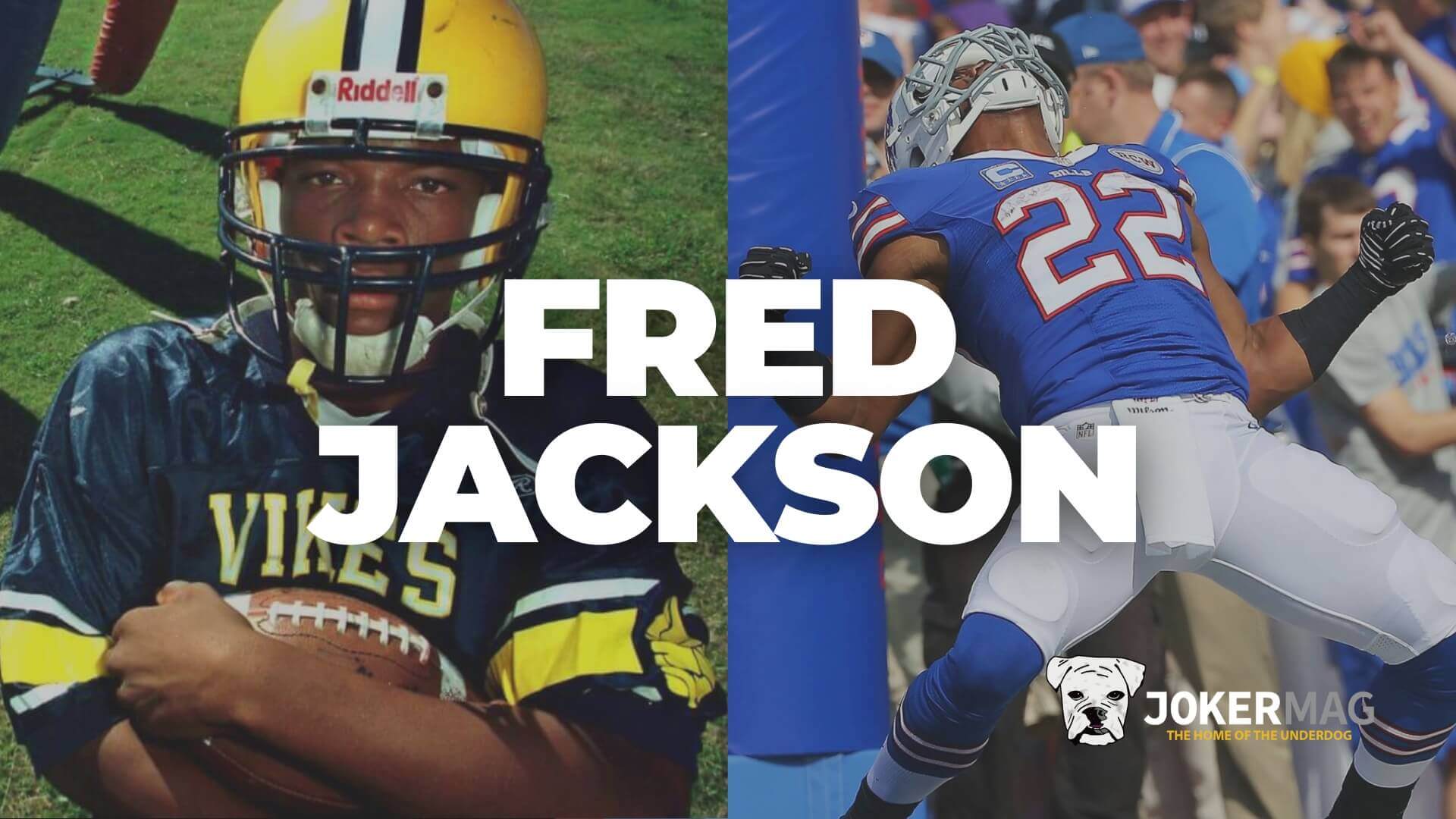 But under those Friday night lights, amid the roaring crowd, he found himself sitting on the bench.

“I was small,” Jackson told the Moonlight Graham Show. “I mean tiny.”

He was a 3rd-string RB as a senior, and only got moved to 2nd-string because of an injury.

Undersized and overlooked, he searched for an opportunity to play at the next level.

That’s when Jackson connected with his middle school coach.

“He said, ‘I’ve got the perfect place for you guys to go and continue your football career.'”

It was Coe College – a D3 program in Cedar Rapids, Iowa. It was the perfect fit.

“I loved everything about being at Coe.”

In terms of size – not skill – Jackson was a late bloomer. Going into his sophomore year at Coe, he grew 4 inches and packed on 40 pounds.

And he dominated on the field.

His senior year, he ran for 1,702 yards and 29 touchdowns. He won back-to-back conference MVP awards and led the Kohawks to its first Iowa Conference Championship.

By the time he graduated from Coe, Jackson stood 6’1″ and weighed 200 pounds.

That summer, he had tryouts with four NFL teams:

“All of ’em said the same thing: ‘We think you’re talented, but it’s just hard to make the jump from Division 3 to the NFL.'”

Every scout said they needed more game tape before sticking their neck out for him. He could’ve quit on his dream right there, but he didn’t.

“I was just motivated after hearing that.”

Jackson went on to play two seasons for the Sioux City Bandits – an indoor league team.

That’s when the D3 connection helped him again.

“Without him giving me that opportunity, I don’t know that I’d make it to the NFL.”

Jackson made the 53-man roster and did what scouts said he couldn’t.

Two years into his NFL career, Fred got a message from one of those scouts.

“He was just like, ‘Man I told you you weren’t good enough to play in the NFL, now you’re single-handedly carrying my fantasy team.'”

Fred Jackson ended his NFL career as one of the most productive running backs of his time.

Before retiring with the Buffalo Bills, he reflected on his journey.

“It’s a story that’s like nobody else’s,” Jackson told AP News. “And that’s something to be proud of.”