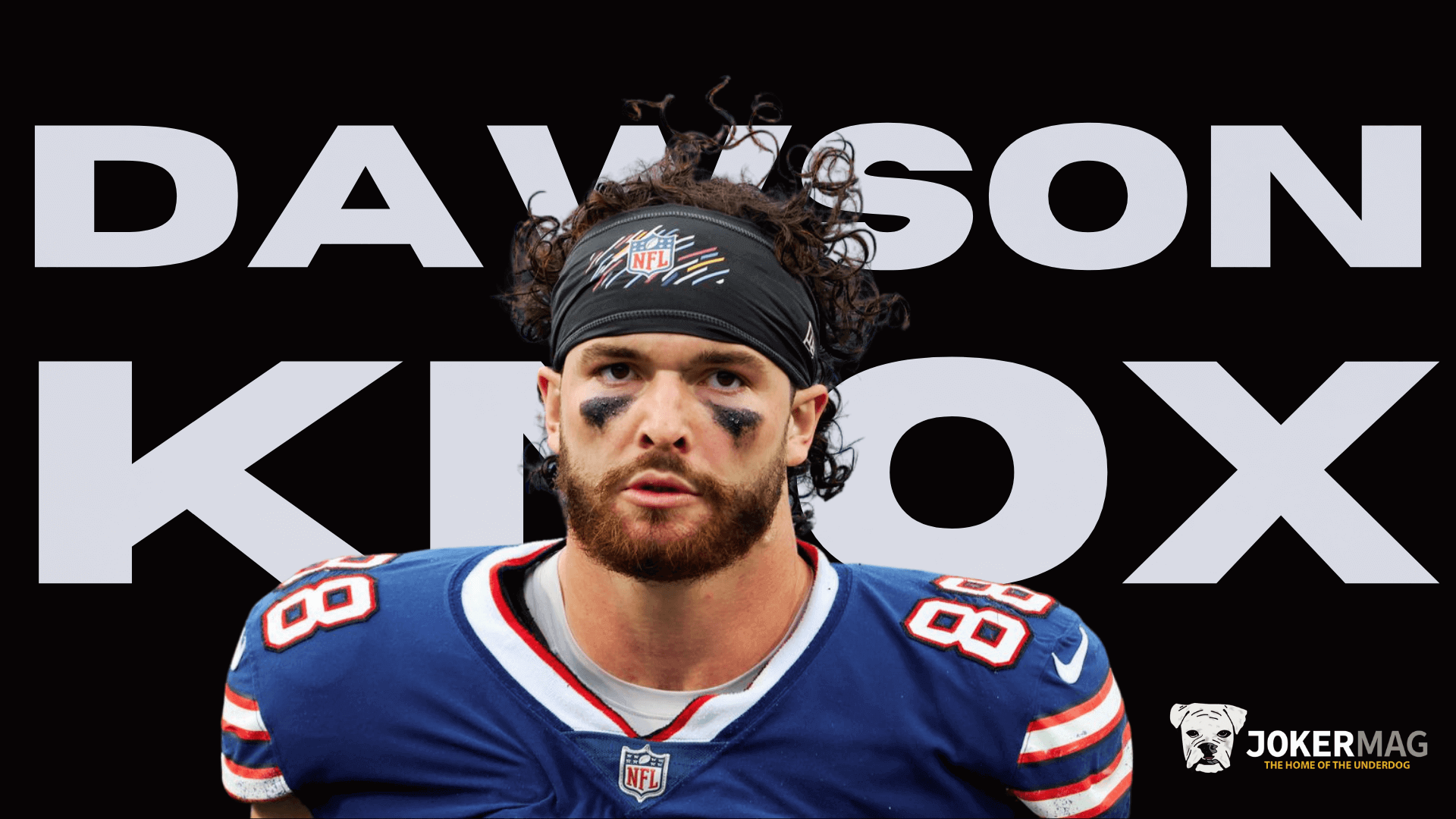 Dawson Knox went from college walk-on to a top-10 NFL tight end. But the journey wasn’t easy. He bet on himself every step of the way.

Knox was a skinny high school wideout at Brentwood Academy in Tennessee. After growing four inches between his junior and senior year, his coach moved him to quarterback.

Entering his senior season, he was set to start under center. But, in an unfortunate turn of events, he broke his ankle halfway through his first regular-season game.

“It’s very unfortunate because he played extremely well,” his coach, Cody White, said at the time. “He’s a great kid and he’s worked hard in his senior year, and he’s expecting big things.”

After surgery, he began the rehab process. Most kids would get discouraged, but Knox pressed on.

Later that year, he received offers from Air Force, Cornell, and other schools. But he dreamed of bigger things.

Instead of accepting an offer – which would guarantee him playing time – Knox decided to walk on at a big Division 1 school. And not just any school.

“If worst comes to worst,” he told the Clarion Ledger, “I felt like I could always transfer down to a smaller, maybe Division II school.”

Knox went out for tight end – a position he’d never played in his life. And at just 210 pounds, he had some serious work to do.

“I was trying to block SEC defensive linemen and that was an eye-opening experience,” Knox remembered in 2019. “I had no idea what I was doing.”

He redshirted his first year, sitting behind first-team All-American tight end Evan Engram. The next season, he played in 6 games – strictly as a special teamer.

As he adjusted to his new position, Knox hit the weight room hard. He added more than 30 pounds to his frame.

After Engram left for the NFL in 2017, Knox stepped in as the Rebels’ starting tight end. Over the next 2 seasons, he racked up 605 receiving yards with a monstrous 15.5 yards per catch.

His stellar junior season earned him a nomination for the John Mackey Award, presented to the best tight end in the country. That’s when it sunk in.

“A couple of years ago, my only mindset was getting to where I earned a scholarship – and on being a starter for Ole Miss,” Knox told the Tennesseean. “And after my first season as a starter, I kind of started realizing I could compete with anyone on the field.”

An NFL Future in Buffalo

With two years of top-notch production under his belt, Knox decided to forgo his senior season to enter the 2019 NFL Draft.

“Talent-wise there wasn’t much difference between he and T.J. Hockenson, who went number eight overall to Detroit,” said Jim Nagy, the executive director of the Senior Bowl.

“Dawson can block, he’s a really tough kid, he’s got a great body type for the position.”

While Dawson Knox wasn’t selected until the end of the third round (96th overall) in 2019, he landed on a team that believes in his talent. Through the early stages of his professional career, he’s proven that he belongs in the NFL.

Knox has bet on himself every step of the way. He’s gone from a lanky walk-on who’d never played tight end in his life to a top pass-catcher for an AFC powerhouse.

“I am going to outwork everybody because no one was going to give me anything.”

Get more stories like this by joining our Underdog Newsletter 👇