With a new era of baseball arriving in Pittsburgh, and the Reds deep into a rebuild, Joe Maddon and the Cubs will look to hold off division foe St. Louis and a young Brewers team for a 3rd consecutive NL Central Title.

The Reds have become the doormat in the Central, finishing in last place for three consecutive seasons. If you’re a Reds fan, be prepared to live through another last place finish in 2018.

However, things are looking up for the Reds in the not-so-distant future. GM Dick Williams has quietly put together a very solid core to build around.

Offensively, there is no shortage of power, as Votto, Suarez, Schebler, Duvall, and Gennett all went deep at least 25 times. Jesse Winker will see regular playing time in 2018, and he immediately becomes the team’s second-best pure hitter behind Votto. Former top draft pick, and top prospect Nick Senzel will also debut sometime in 2018.

Opportunities will be ample for young players in the organization. Manager Bryan Price will be looking to see who will step up and take hold of a job for the long haul.

GM Neal Huntington did some roster reshuffling in the offseason, shipping off franchise player Andrew McCutchen and homegrown starter Gerrit Cole. While many will write the Pirates off due to these moves, this team still has the ability to surprise some people.

Josh Bell, Gregory Polanco, Josh Harrison, and Starling Marte will lead the team offensively. They do, however, lack pop throughout the lineup. Josh Bell is the only returning Pirate to hit more than 16 HR. The addition of Dickerson helps but, in today’s game, they’re going to need additional sources of power.

Manager Clint Hurdle is relying on Jameson Taillon to fill the shoes of their departed ace. A solid year from Taillon can help relieve the burden in the absence of Cole. Chad Kuhl and Joe Musgrove will start the season in the rotation, and solid years from both can propel the team out of mediocrity. The bullpen has no shortage of heat, as Felipe Rivero and Michael Feliz both feature upper 90’s fastballs with regularity.

A few lucky breaks, and a healthy squad can lead to Clint Hurdle and the Pirates exceeding expectations in Pittsburgh.

The Brewers are looking to capitalize on their surprise 2017 run. They made two major moves this offseason to improve their outfield defense and on-base capabilities with the additions on Lorenzo Cain and Christian Yelich.

The offense has the flexibility to match up well against both a lefties and righties, with options like Domingo Santana, Eric Thames, Jesus Aguilar, and Hernan Perez playing platoon roles. One major obstacle to repeating their 2017 success, though, is the loss of Jimmy Nelson.

They added Jhoulys Chacin, but he won’t be able to replicate the quality of innings that Nelson brings. Chase Anderson is also due for regression, as his 2.74 ERA was an outlier to his career ERA, and he out-pitched his 3.58 FIP.

The Brewers should be applauded for making some major moves to improve the team, but I they certainly dropped the ball on improving a mediocre pitching staff. The $80MM they gave Lorenzo Cain could have been more wisely spent on one of the better relief pitchers, and an Alex Cobb or Lance Lynn type.

The offense will be one of the best in the league, but the pitching staff has no room for regression. The Brewers will need some internal improvement to beat out a good Cardinals team for 2nd place. 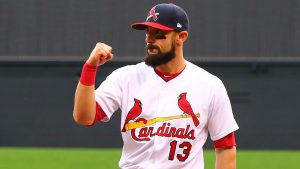 The Cardinals missed the playoffs for the second consecutive season after appearing for five straight seasons from 2011-2015. John Mozeliak, not wanting to extend the streak for a 3rd year, did some retooling to the roster to position themselves for a postseason run.

The addition of Marcell Ozuna solidified an outfield already including breakout star Tommy Pham and Dexter Fowler. Harrison Bader, one of the team’s top outfield prospects, is ready and waiting for an opportunity to arise.

The bullpen could be a problem for Mike Matheny, as they don’t have a true shut-down arm. Gregerson and Leone are solid arms, but probably shouldn’t be heavily relied on to close games. Many members of their projected ‘pen have options, and the Cardinals always have a plethora of arms waiting in triple-A should needs arise.

With a healthy year, and the emergence of a few young arms, St. Louis should find themselves back in the thick of the playoff race. 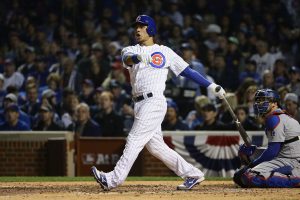 Not much can be said here that hasn’t already been heard. The Cubs are loaded at every position. They have an incredible lineup, with positional flexibility across the diamond, giving Joe Maddon a plethora of options every night.

Every year, another prospect seems to come out of the ivy and immediately play at an All-Star level. We’ve seen it with Kyle Schwarber, Kris Bryant, Willson Contreras, and Ian Happ last season.

The Cubs did lose 2/5ths of the rotation, but they quickly brought on Tyler Chatwood, and Yu Darvish, which could, and should be an upgrade to the seasons Jake Arrieta and John Lackey provided in 2017. They also brought on Brandon Morrow to fill the void left by Wade Davis’ departure.

Theo Epstein, Jed Hoyer, and Joe Maddon have another legitimate chance to win a second World Series Championship in 2018, and many more seasons down the line with this core group.