What Went Wrong For The 2018 New York Yankees? 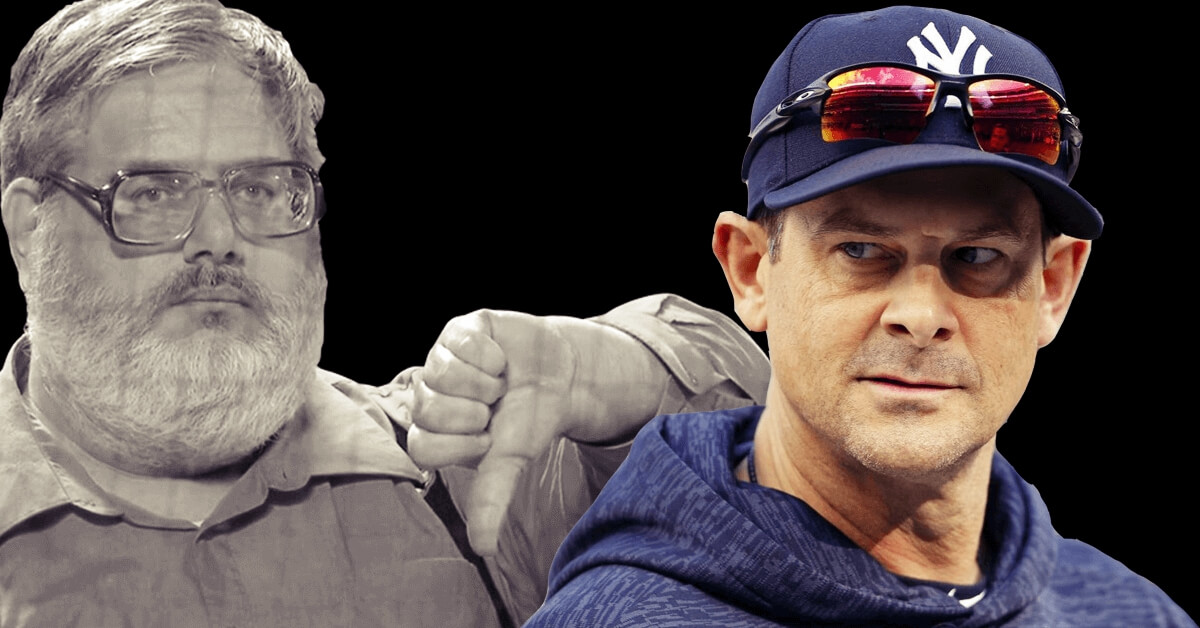 As a New York Yankees fan, I had monumental expectations for a team that was one win away from the World Series last season. I was excited for what I’d hoped would be a championship season in 2018.

I pictured Aaron Judge, Gary Sanchez, and Luis Severino raising the Commissioner’s Trophy high in the air during a parade through the Canyon of Heroes.

Instead, I endured one of the most frustrating seasons in recent memory.

Now, rather than packing Yankee Stadium throughout the month of October, fans are stuck at home, digesting an early exit from the postseason, contemplating what went wrong for the 2018 New York Yankees, a team built to win it all.

1.) The Hiring of Aaron Boone

In early December, the Yankees hired former Yankee hero turned analyst Aaron Boone as their next manager. While many agreed with not retaining Joe Girardi after 10 seasons at the helm, Boone was simply not the right hire.

Sure, there are growing pains that come with being a first-time manager, especially on a team with such high expectations. But Boone lacks many important qualities that you see from all the great managers.

During the first half of the season, you never saw Boone go out and argue calls with any fire. His ineptitude in managing a talented bullpen also showed in a lot of games during both the regular season and postseason.

And while he may have been different in the locker room, he never seemed to be annoyed or angry with his team when they were going through awful stretches.

Keeping it even keel is important through a 162 game season.  But it seems as if Boone lacks the fiery passion necessary to manage in the big leagues.

2.) Not Taking Advantage of Bad Teams

Boston was clearly the better team this season. But if the Yankees took advantage of bad teams and, you know, actually beat them, they might’ve just won the division.

Boston also went 16-4 in interleague play this season, while the Yankees went just 11-9, playing the likes of the Mets, Marlins, and Nationals — teams that were not quite “powerhouses” this season.

The old saying is “don’t play down to your competition”, and maybe the Yankees should’ve had that on a big sign entering their dugout.

The title of this point is a bit deceiving.

Trading for Stanton, and getting him for almost nothing, was an extremely smart move by GM Brian Cashman. However, this blockbuster move brought lofty expectations to not only the Yankees, but also Stanton himself.

The message was that anything less than a World Series Championship would ultimately be considered a failure.

Sure, Stanton had his struggles this year, but without him there’s perhaps no postseason. I’ll never understand the hate Yankees fans have towards Stanton after only one season in pinstripes.

And to think this was a bad trade, or to label Stanton a “bust”, is frankly unacceptable for any legitimate Yankees fan.

Going into this season, the right-handed flamethrower was supposed to be the surefire ace of the staff. And for the first half of the season he looked like a potential Cy Young winner.

But, after game 81 he hit a rough patch.

His struggles showed again in Game 3 against the Red Sox where he didn’t start his warm-ups until eight minutes before his start.

In order for Severino to become the true ace of the staff, he needs to learn how to grind out games — even when he doesn’t have his best stuff. 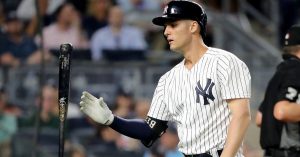 The team had huge expectations coming into this year not just because of Stanton, but because of the young core they built over the last two years.

Some of those players, however, didn’t come close to even a mediocre performance this season.

Gary Sanchez is one.

In my opinion, he might be the best hitter on the roster. But between flashes of finally turning it around, his early struggles led to even more struggles both offensively and defensively.

Greg Bird, who was once considered the heir to Mark Teixeira, was probably the most disappointing player on the roster. While he’s continuously battled injuries throughout his career, this season he was finally going to be healthy.

But when he got his opportunities after coming off the DL, he was absolutely abysmal. His at-bats were not competitive, he hit below the Mendoza line, and struck out 78 times in just 82 games.

He was once thought of to be a great defensive player. But a routine throw that popped out of his glove later in the season was the pinnacle of his downfall.

Everyone knew that the weak part of this team would be the pitching staff, but no one expected them to struggle as much as they did.

We already highlighted Severino’s struggles, but several others had mediocre or downright bad seasons.

Sonny Gray, a guy the Yankees traded not one…not two…but three prospects for, was atrocious. So bad that Aaron Boone threw him in the ‘pen, using him as a reliever just seven times in the last two months of the season.

C.C. Sabathia, the bulldog veteran who reinvented himself last season, finished with a 9-7 record and a 3.65 ERA. Domingo German and Jonathan Loáisiga proved that they could be valuable options in the future as starters, but injuries ultimately derailed their seasons.

With the pitching staff struggling, the bullpen needed pick up the slack, which left them burned out ¾ through the regular season.

The Yankees were very active on the trade block this season. But the players they traded for were somewhat head-scratching.

While trading for J.A. Happ was a smart move and he did pitch well when he joined the Yankees, he was supposed to be the Red Sox stopper and was disappointing in his only appearance this postseason.

On the other hand, acquiring Lance Lynn was a weird move as he was just a mediocre pitcher with the Twins. A late-season trade with the Giants for Andrew McCutchen was a decent move. He performed well in September, but virtually disappeared in the postseason.

But while the long ball was very gracious to them this season, hitting with runners in scoring position was not. The Yankees constantly left runners on base this season. This, above all else, was ultimately the reason for their demise this postseason, as they squandered countless opportunities.

A season that seemed destined to finish with a parade ended in heart-wrenching disappointment.

While the season wasn’t all bad, and showed us that this team is primed to compete for years to come, it doesn’t take away the sting of a team that was supposed to bring the World Series trophy back to the Bronx.

What does the future hold for the New York Yankees?  Comment below.