Over the past couple of years, there’s been an ongoing travesty among people who claim to be a part of the Hip-Hop community. One of the greatest and most consistent rappers of all-time has been largely unappreciated, propelling me to write this piece in the return of our Throwback Album of the Week.

Fabolous has provided fans with rewind-worthy punchlines and some of the smoothest flows we’ve heard for the entirety of his career. Loso’s Way is Fab’s fifth studio album, though it’s not a literal retelling of Al Pacino’s Carlito’s Way, the root of many rap skits, it tells the story of a reformed gangster trying to resist the temptations of the streets.

The casual fan may expect to hear the same content that made the Brooklyn native a fan favorite and platinum selling artist. However, what they will receive is a project that channels the mind of a convicted felon. What makes this project work, above all else, is Fab sticking to what has always worked for him: sugary tracks featuring R&B acts jam-packed with clever punchlines. 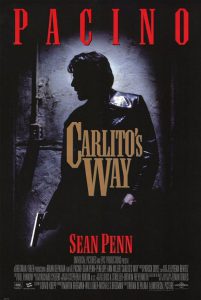 “Feel Like I’m Back” is the fourth song on the album, a celebratory anthem of a convicted felon making his return to the streets. A victorious end of a federal case, very similar to the fictional Carlito Brigante. Fab aligns his punchlines with a theme in mind.

On the hook, he chants: “I’m feeling like I’m back”, referring to his return to the limelight and radio rotation with the arrival of his latest project. Following Fab’s declaration of his return are two boastful radio hits featuring playful R&B acts — Fab hasn’t drifted too far from his bread and butter.

“Everything, Everyday, Everywhere” featuring Ryan Leslie and Keri Hilson is followed by “Throw It In The Bag” featuring The Dream. These songs help paint the ‘Fabolous’ and fruitful life that the rapper lives.

Look at price tags?
Where they do that at?

One track later, F-A-B-O incorporates the reality of his lifestyle, opting not to focus solely on the glamorous aspects as most rappers do. He switches his tone with the help of Jay-Z on “Money Goes, Honeys Stay”. Here, the rapper begins to bring the story full circle, as he questions his woman’s loyalty as all his riches begin to disappear after his arrest.

The reappearing question is: “When the money goes, will the honeys stay? When the grey skies replace the sunny days?”

But who knew that the sky get cloudy?
I bought her four rings, didn’t think she’d be Audi
Huh the games over, seized my Range Rover
Feds said somebody gave my name over
Now I’m inside, she’s outside
‘What should you do? How about ride?’
Guess nothing lasts forever
I thought we could watch these clouds pass together – but hey

This gangster epic continues in soundtrack form as Loso scores again with the help of another notable R&B act, Trey Songz (there seems to be a pattern here).

On “Last Time”, Fab flows over the soft drums as he and his wife argue about his life in the streets. Remember that scene when Carlito reassures Gail that he’s willing to give up his life of crime to move to the Caribbean with her to escape the traps of the streets? Well this is that part of the album.

She said you been in the streets, you was with that ho again
Money wrapped in rubber bands, what you sellin’ blow again?
How she got you holdin’ guns but you call that ho your friend?
You ain’t ‘posed to bring her home, what do you, you show her in?
I was like show her in, never that, oh no
Anybody in the streets know that that’s a no-no

Loso cleverly parallels his love for the streets with the idea of unfaithfulness to his wife to demonstrate the pain she experiences, knowing the danger he could be in. By the time the third verse comes around, Loso draws direct inspiration from the movie, as he lays dying in his love’s arms, spitting:

Member when she told me that she know how this dream ends
Late night phone call from one of my close friends
Tellin’ you that we are, rushin’ to the ER
By this time tomorrow we was posed to be in DR
. . . .
Sorry, baby girl, I tried the best I could
If I can’t be in the streets, I guess heaven’s just as good

A few tracks later Fab introduces another gem – this time paying direct homage to the film that inspired this project. “Pachanga” is a story of betryal. In Carlito’s Way, Pachanga is the dear friend of Mr. Brigante who commits an unforgivable act of treachery.

Had a crush on you, now we Kim and Cease
We don’t even talk no more, it’s no biggie
I was so Biggie, you was Faith
I let you slide in my home, you was safe
I thought my ability to provide you stability
Was what was really G–okay, silly me

However, the ultimate highlight of this project comes on “I Miss My Love”. Fab plays the role of storyteller, with fantastic results, and whips us up an intricately woven tale of distrust and deception over Sean C and LV’s haunting production. I’ll let you guys digest those bars yourself.

The verdict is that the line between R&B and hip-hop is a thin one, and when it comes to walking the tightrope, there is still no one in the industry better than Fab. Similar to Carlito’s battle between the drug game and the straight-and-narrow, this rhyme slinger duels with street anthems and pop hits.

Fab is one of the most mysterious rappers in the game, due in part to his calm demeanor and alleged street ties. He’s always been fairly reserved, shrugging off any allegations of gang activity.

However, fans have a feeling that Loso’s Way may be his most revealing project to date.