Deep Tracks You Should Listen To Part II: The Queens’ Reign 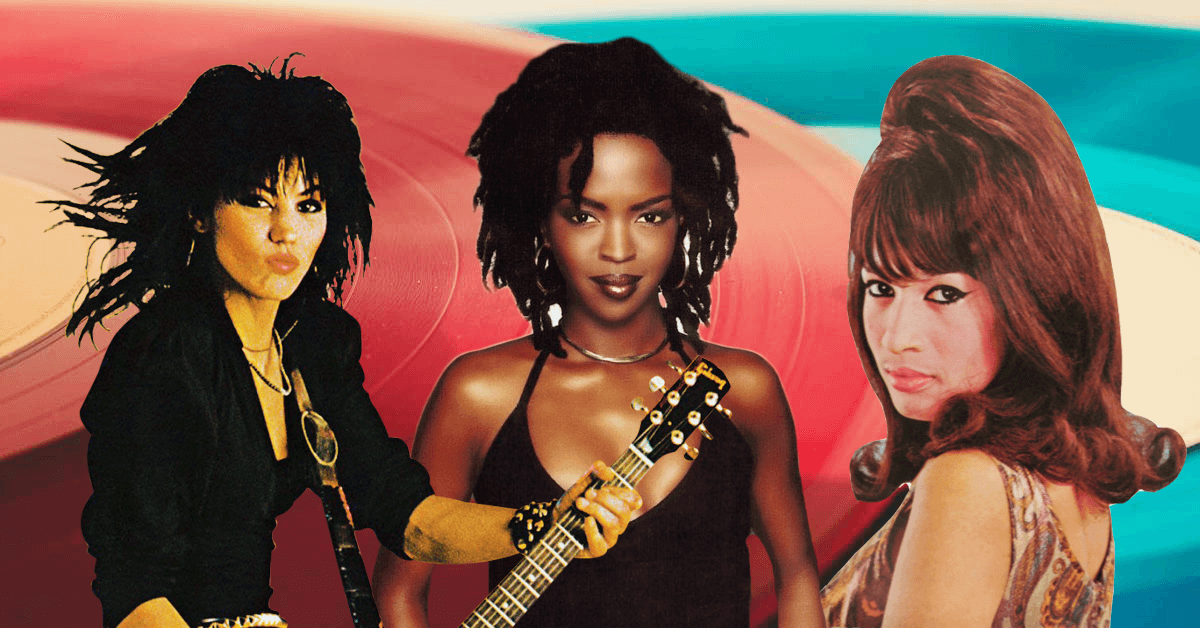 A few weeks ago, I had very much enjoyed writing an article on deep tracks of popular artists. There was a lot of good music to listen to and I also learned more about some of the artists during research.

However, one of my good friends noticed the lack of female artists in the article, as only one of the ten artists were female (Grace Slick).

This inspired me to do a second installment of my original Deep Tracks article. But this time around the focus is on these legendary female artists.

I hope you give all these tracks a listen and maybe learn some new, interesting facts as well.

I first started listening to the Queen in high school and I even had her album All Hail The Queen on a burned CD in my 1999 Jeep Grand Cherokee.

I would jam out to it all the time and for good reason as just about every song was pure perfection. She even sampled “Dance to the Music” on her lead track and it was like she could do no wrong.

This song is all about the ladies, and how they deserve more respect in life as well as in the rap game. She is by far my favorite female rapper of all-time. What’s extremely impressive is that she was only 19 when this song and album came out.

I wish she stuck with rap a bit longer before focusing on R&B and her acting career but nonetheless she provided us with a lot of great music. Released as a single, this song somehow slipped through the cracks, failing to make the Top-200 in the US.

Favorite Lyric: “Cause they see a woman standing up on her own two, sloppy slouching is something I won’t do, some think that we can’t flow (can’t flow) Stereotypes, they got to go (got to go) I’m a mess around and flip the scene into reverse (With what?) With a little touch of Ladies First”

Many may not know, but prior to their worldwide success with Fleetwood Mac, Stevie Nicks and Lindsey Buckingham were the rock duo Buckingham Nicks.

Prior to their arrival to the band, Fleetwood Mac was already a well-established blues rock band. However, their music failed to reach commercial success outside of the UK. Surprisingly, it was Buckingham’s guitar that got him recruited to the band, and then Buckingham had to ask to bring Nicks along as well.

The band clearly made the right decision, as it was Nicks who skyrocketed the band to stardom. Everyone starts somewhere, and “Crying in the Night” was the lead track off their lone album. It is a simple song written by Nicks who also provides the lead vocals.

The two harmonize well over the acoustic sound and if released while part of Fleetwood Mac, it could have easily reached the Top-40. However, none of the songs from the Buckingham Nicks era were released as singles, nor did they chart.

The Runaways were quite possibly one of the greatest bands that never was. Unless you are a diehard Joan Jett fan, or you are from Japan (debut single “Cherry Bomb” hit #1 there in ’77) you probably haven’t heard of them before.

Joan Jett was an amazing rock vocalist and Lita Ford is widely regarded as one of the greatest female guitarists of all-time. Unfortunately, as with many bands, creative differences split them up before they could achieve commercial success in the US.

“Saturday Night Special” perfectly shows off their punk rock style, and the song mainly focuses on how they know they are the sh*t and just want to have fun. They like to enjoy a casual one-night stand and they know how the man will continue to yearn for their love. But they’ll move on and just keep rocking.

Favorite Lyric: “I live for the weekend, it’s part of the script, you pray for an angel, well hey this is it”

The Ronettes are very well known for their Phil Spector produced mega-hit “Be My Baby”. Yet outside of that they only had eight other songs that reached the charts. One of those was “I Can Hear Music”, which I previously only knew as a Beach Boys song.

The two groups re-recorded many of each other’s songs and had a good working relationship with one another, pioneering Spector’s ‘Wall of Sound’ recording technique. I may be one of the biggest Beach Boys fanatics out there, but the original Ronettes version is clearly better.

There’s much more energy and passion compared to the Beach Boys, where it seems they’re just going through the motions with the minimally involved Brian Wilson. The harmonies are still wonderful for the Beach Boys, but the lead vocals by Ronnie Spector cannot be replicated nor outdone. Due to the Beach Boys stardom, their version charted much higher at #26 compared to #100 for The Ronettes.

The song is a nice love song, focused on how they’re in love for the first time and every time they’re with that special someone, they’re filled with glee and positive emotions.

In addition to these gems here are some honorable mentions that are very much worth a listen as well:

Please comment below any additional deep tracks you would like myself and other readers to check out.

Deep Tracks You Should Listen To Right Now

How AC/DC Rode the Highway to Hell Into the USA