The 37-Year-Old Southpaw Seeking a Comeback For The Ages 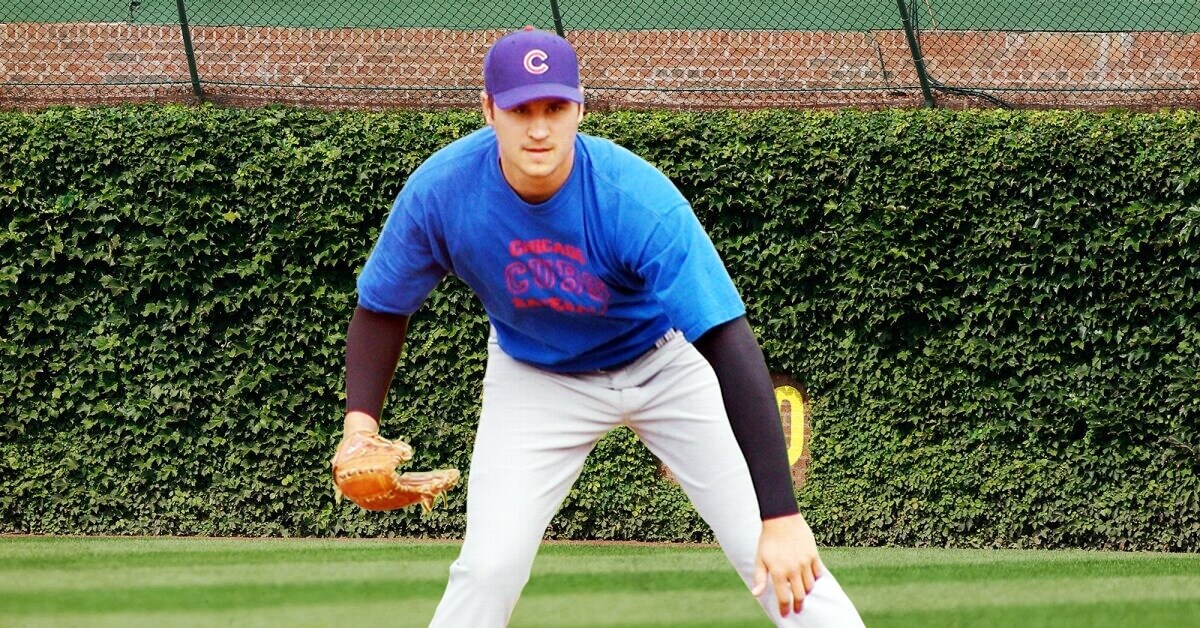 Luke Hagerty is a bit of a mystery. His name is unfamiliar, even to the biggest of baseball nerds. And unlike other professional athletes, when you Google his name, a Wikipedia page doesn’t immediately pop up.

And yet there he was, standing on a mound in an indoor facility in Seattle. Facing a horde of skeptical MLB scouts, Hagerty fired sizzling fastballs, grunting audibly, and lighting up the radar gun.

A stunning feat. Especially for a 37-year-old who’d been out of organized baseball for 12 years.

Back in high school, Luke Hagerty was a lanky teen who stood head and shoulders above the competition. A 6’7″ kid from a blue collar family in the small town of Defiance, Ohio, he played two sports growing up — basketball and baseball.

He didn’t particularly love baseball — or even understand it — but he was good at throwing strikes. And to his coach, Tom Held, it was all he could ask for.

In an incredible piece for ESPN, Jeff Passan tells the story of Hagerty’s high school days:

“Before his senior year, when Hagerty was going to quit and focus on basketball, his high school baseball coach, Tom Held, told him that standing 6-foot-7 and throwing left-handed was unique. “Really?” Hagerty responded. He could play baseball in college if he worked, Held said, so Hagerty did, and Ball State offered him books and a spot on the team.”

From there, it seemed like it’d be smooth sailing. A Division 1 scholarship, a 6’7″ frame, an aptitude for throwing gas, and the gift of being left-handed.

After three years of hard work and incremental improvements, Hagerty routinely sat at 94 mph, solidifying his future as a professional prospect. In June of 2002, the Chicago Cubs made him their first-round pick (32nd overall) and threw him an extra $1 million signing bonus.

In his first go-around in short-season A ball, the towering lefty looked the part. Through 10 games, Hagerty posted a miniscule 1.13 ERA, striking out 50 across 48 innings. A 0.97 WHIP reflected his pinpoint control, and fans were excited about his future with the organization.

At the start of spring training that next season, Cubs officials told him he could crack the big league roster by September at the latest.

But then disaster struck.

“…My last start of spring training, I ended up getting hurt,” Hagerty said on the Patrick Jones Baseball podcast. “UCL…having [Tommy John surgery], and then…things kind of spiraled backwards from there.”

He spent that entire season rehabbing at the Cubs’ facility in Mesa, Arizona. It typically takes pitchers about 10-12 months to recover from Tommy John. But it took Hagerty over two years.

“My arm was not cooperating with the rehab process,” Hagerty explained. “…Every single throw hurt pretty significantly for a couple years.”

“But eventually I was like ‘Screw it, I’m good enough. Let’s just get this thing going.’ My arm still hurt, but it didn’t seem like it was goin’ anywhere.”

In 2005, the Marlins took a chance on the 24-year-old, plucking him from the Cubs in the Rule 5 Draft. It turned out to be a decision they’d quickly regret.

Hagerty wasn’t the same pitcher he was before the injury. His velocity was down and he couldn’t locate his fastball. And the latter might be an understatement.

He had the yips.

“It was the first day of media. So with the Marlins that year, it went from a nobody team to basically an All-Star team. And for some reason, I started getting a lot of these negative thoughts going in my head, like ‘What if I hit this guy? What if I hurt him?'”

“Basically everything you should never think of…It was just like an adrenaline rush over me.”

It’s still hard for him to explain it, even 14 years later. But it was real. And it was a problem.

It was so bad that the Marlins sent Hagerty back to the Cubs, where the wheels continued to fall off. That season in Boise, he threw 6 2/3 innings. He faced 68 batters and hit 4 of them, allowing 14 hits, 30 walks, and 23 earned runs. It was a bloodbath.

Hagerty tried everything he could to conquer this wretched ailment that had suddenly throttled his subconscious mind. Whenever he took the mound for a bullpen session, his pitching coach would have to bring out a bucket of balls.

“I’d be throwing in the outfield and my brain would wander towards wondering if I was going to hit the guy over the fence selling hot dogs before the game.”

Whether it was lingering doubt over his surgically-repaired elbow, or some unexplainable cataclysmic event, Hagerty couldn’t get past it. And it forced him out of the game after the 2008 season.

Soon, he relocated to Arizona, trying his best to completely avoid baseball. He didn’t want to hear about it, talk about it, or even watch it on TV.

“It was one of those things [where] I knew what I was capable of,” Hagerty explained on the podcast. “And I was not reaching my potential, and that was very difficult to handle.”

So he went back to school, studying at ASU’s College of Health Solutions. Then he got his certification as a strength and conditioning specialist. All in all, he spent 4 years away from baseball. Away from his true identity.

But, after training clients at a few gyms around the area, he decided to start a place of his own. He called it X2 Athletic Performance, with the mission statement, “Move Fast! Get Strong! Be Awesome!”

One of his early trainees was now-Philadelphia Phillies reliever Austin Davis. Throwing with him was the first time Luke picked up a ball since calling it a quits. The more he threw, the more he felt like his old self.

That’s when he discovered the Driveline training program. Rather than testing it out on his pack of teenage pitchers, he decided to try it himself. And the results spoke for themselves.

“When you see your trainer throwing 98, it’s like, let’s go,” Davis told ESPN. “When you’re paying your trainer and he’s better than you…You just see it, and you’re like, ‘Dude, you’ve got to do something with this.'”

Ultimately that’s what Hagerty decided to do. In a 2012 Facebook post, he unofficially declared his comeback attempt:

Progressing over those next seven years, Luke built up his velocity and designed breaking balls using advanced technology. His players kept pushing him to try out somewhere. To get in front of scouts. To give it one more shot.

And that’s how he found himself on a mound at Driveline Pro Day in Seattle on the morning of January 13th, 2019.

According to ESPN, only 4 left-handed relievers last year threw a harder average fastball than Hagerty threw that day. When the Cubs called the next day, he was ready to accept their offer and pay them back for the opportunity they gave him 17 years ago.

“This is his opportunity to redeem himself,” his wife, Rachel, told ESPN. “He owed them something. It’s unfinished business that he’s getting a chance to fix.”

Even if Luke Hagerty doesn’t make it back, even if he develops the yips again, even if things don’t work out, his perseverance and dedication to his craft is nothing short of inspiring.

But if he does it, if we do see him take the mound at Wrigley this season, it will be one of the greatest comebacks in the history of sports.