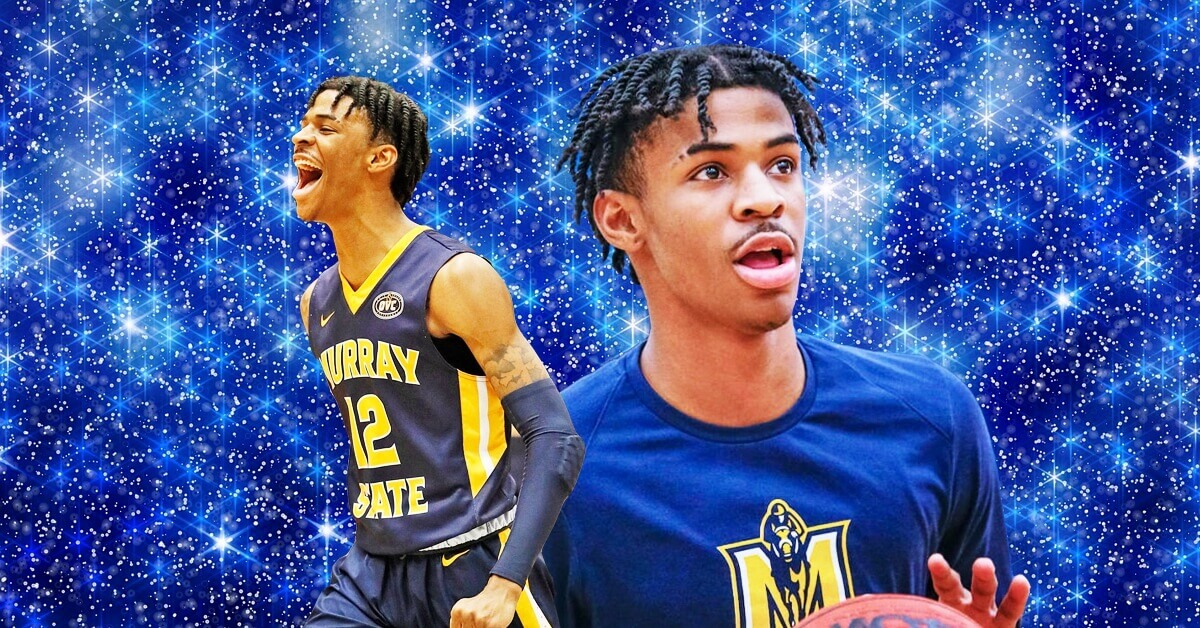 One day James Kane will look back to a sweltering day in the summer of 2016 as a day that changed his life. And the life of a young man with the hops and relentless drive of Russell Westbrook.

What if Kane had never been hungry and stumbled upon a side gym where some all but ignored prospects played three-on-three game pick-up games?

No one would have seen the kid that jumped off the floor like he has springs in his shoes, throwing down glass-breaking dunks.

It was Kane that discovered Temetrius “Ja” Morant and changed the course of Morant’s life for the better. Kane took a chance on him, and the kid seized it, proving to the world why he can play basketball at the highest level.

And not only play, but dominate.

Ja Morant’s sudden rise to stardom is not as surprising as it may seem. Like another featured underdog, James White, Ja has been a stud since his high school days.

A South Carolina native, Morant made his mark at Crestwood High School, graduating as the all-time leading scorer with 1,679 points, three-time All-State Honors, and three-time All-Region Most Valuable Player.

He joined the varsity squad as a sophomore, so all three years he was the best player in the state (aside from a young man by the name of Zion Williamson).

Let that sink in.

He dominated in high school from the moment he put on that varsity jersey. But the reason his story is so special is that, despite his accolades in high school, Morant was barely noticed.

Back in 2016, Morant was just a lightly-recruited prospect who did not play for the cookie-cutter AAU circuit, where it was understood that to get noticed, a kid would have to play on a team with a shoe company sponsorship.

Unlike many athletes his age, Morant did not even use social media to boost his brand.

Instead, he bided his time, balled out, and had faith that his time would come.

Back to Kane. As an assistant coach for Murray State, a mid-major school based in Kentucky, he’d been at a high school scouting combine to check out Tevin Brown, a commit to the school. Kane was hungry, so he asked someone where the concession stand was located.

On his way, he heard a ball bouncing in an auxiliary gym, far from the main gym where the highly-touted prospects were showcasing their talents.

So he called Murray State’s head coach, Matt McMahon, and gave him the low-down. McMahon recalls Kane saying, “This kid’s gonna be a pro.”

At this point, Morant was not even 18-years-old.

The decision to commit to Murray State was clear for Morant, declining late offers from bigger schools like South Carolina. Other big-time schools, like Alabama, heard the hype and became enamored with him.

Alabama’s head coach, Avery Johnson, spoke highly of Morant. Johnson said, “My God. When I saw him on film … to watch him play in person…it was better than on film. We gave him about five or six different looks. Sometimes it worked, sometimes it didn’t.”

It did not work for Alabama because of Ja’s attraction to Murray State because they believed in him when few others did.

“But once I went to Murray, I knew that’s where I needed to be. The point guard tradition played a part, but not as much as the community — I felt like everybody, from the players to the coaches to the fans, were like a family. I’m a big family guy. Everybody in the community loves the team.”

Family is important to many, but for someone like Ja, who had parents and only a select number of coaches that believe in him from the beginning, Murray State was the perfect place to ascend to greatness.

But the world didn’t realize just how quickly this slight, overlooked guard would explode onto the national scene.

For his head coach Matt McMahon, Ja has been mesmerizing ever since stepping foot on campus.

To McMahon, “Those are the ingredients of a once-in-a-lifetime player. And that’s what Ja is.”

Per Jackson Hoy, Morant was one of only three freshmen last season to record a triple-double. He also became the seventh freshmen in the past twenty-five years to reach 150 points, 150 assists, 150 rebounds, and 10 blocks, while also shooting 42 percent or above from the field.

The other six who accomplished such a feat: Derrick Rose, John Wall, D’Angelo Russell, Ben Simmons, Lonzo Ball, and Shai Gilgeous-Alexander. Pretty good company to be a part of, and an auspicious sign for Morant’s professional future.

In the end, the common fan looks at Ja and his earth-shaking dunks, but it would behoove you to look beyond his mere jaw-dropping highlights and stats.

Look at Morant as a player who’s dominated on the court since his youth, but was overlooked every step of the way.

Instead of complaining and whining about being under recruited, Ja was patient and mature. As a result, his approach paid off.